A Democratic Congress Could Be a Perfect Foil for Trump 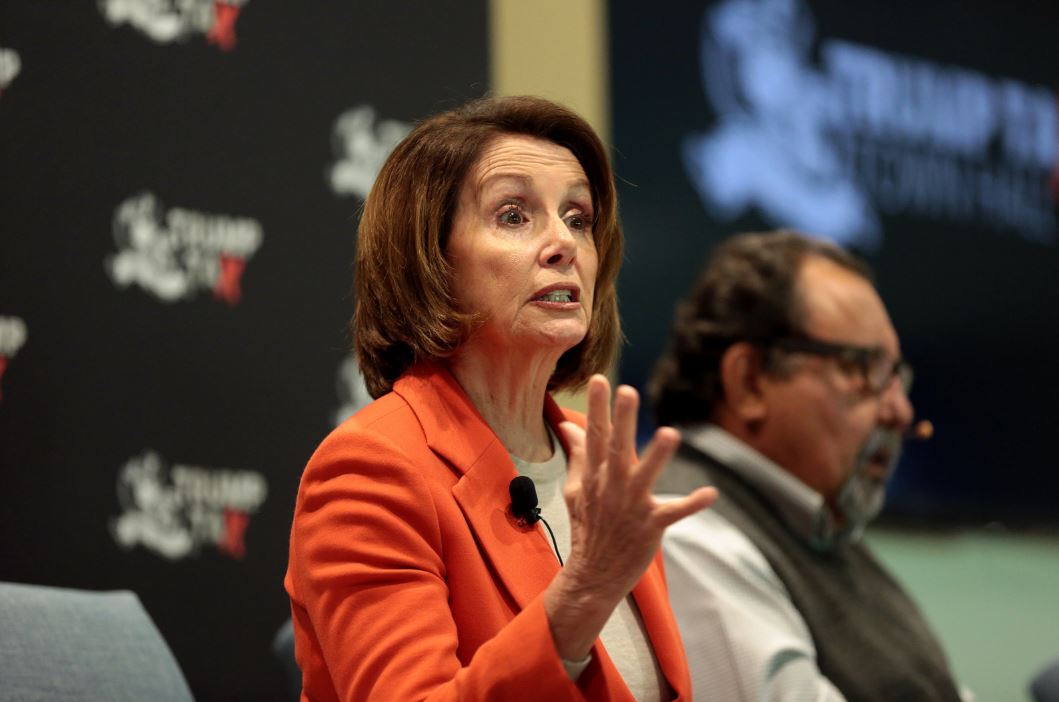 Did former New York mayor Michael Bloomberg just take a page out of the playbook of Senator Ed Muskie from half a century ago?

In his first off-year election in 1970, President Richard Nixon ran a tough attack campaign to hold the 52 House seats the GOP had added in ’66 and ’68, and to pick up a few more seats in the Senate.

The issue: law and order. The targets: the “radical liberals.”

In that campaign’s final hours, Muskie delivered a statesmanlike address from Cape Elizabeth, Maine, excoriating the “unprecedented volume” of “name-calling” and “deceptions” from the “highest offices in the land.”

Nixon picked up a pair of Senate seats, but Democrats gained a dozen House seats, and the press scored it as a victory for Muskie who was vaulted into the lead position for the 1972 Democratic nomination.

In the final days of this election, Bloomberg just invested $5 million to air, twice nationally, a two-minute ad for the Democratic Party that features Bloomberg himself denouncing the “fear-mongering,” and “shouting and hysterics” coming out of Washington.

“Americans are neither naive nor heartless,” says the mayor. “We can be a nation of immigrants while also securing our borders.”

That $5 million ad buy was only Bloomberg’s latest contribution to the Democratic Party during an election campaign into which he had already plunged $110 million of his own money.

Contributions of this magnitude support the idea that Bloomberg will seek the presidential nomination as a Democrat. With resources like this at his disposal, and a willingness to spend into the hundreds of millions, he could last in the primaries as long as he wants.

Yet Bloomberg is no Ed Muskie, who had been Hubert Humphrey’s running mate in 1968 and was widely regarded a top contender for 1972.

The mayor has been a Republican and independent as well as a Democrat. And as the Washington Post‘s Robert Costa relates, Bloomberg has drawbacks: “He speaks flatly with the faded Boston accent from his youth, devoid of partisan passion and with a technocratic emphasis.”

With the energy of the Democratic Party coming from militants, minorities, and Millennials, would these true believers rally to a 76-year-old Manhattan media magnate who wants to make their party more centrist and problem-solving and to start beavering away at cutting the deficit?

Yet Bloomberg’s opening move may force the pace of the politics of 2020. Should he announce and start spending on ads, he could force the hand of Vice President Joe Biden, who appears the Democrats’ strongest candidate to take back Pennsylvania and the states of the industrial Midwest from Trump.

On the left wing of the Democratic Party, which seems certain to have a finalist in the run for the 2020 nomination, the competition is stiff and the pressure to move early equally great.

If socialist Bernie Sanders is not to lock up this wing of the party as he did in 2016, Senators Cory Booker of New Jersey, Kamala Harris of California, and Elizabeth Warren of Massachusetts may have to move soon.

But even before attention can turn to the presidential race, the U.S. House of Representatives seems certain to witness a leadership battle.

Nancy Pelosi is determined to become speaker again if Democrats take the House on Tuesday, while the Congressional Black Caucus has entered a demand for one of the two top positions in the House.

Millennials also want new leadership. And to many centrist Democrats in swing districts, Pelosi as the visible voice and face of the national party remains a perpetual problem.

If the Democrats fail to recapture the House, the recriminations will be sweeping and the demand for new leadership overwhelming.

But even if they do capture the House, the rewards may be fleeting.

A Democratic House will be a natural foil for President Trump, an institution with responsibility but without real power.

And should the economy, which has been running splendidly under a Republican Congress and president, start to sputter under a divided Congress, there is no doubt that the Democratic House majority, with its anti-capitalist left and socialist ideology, would emerge as the primary suspect.

2019 is thus shaping up to be a year of gridlock on Capitol Hill, with the Senate attempting to expeditiously move through Trump’s nominated judges and a Democratic House potentially hassling the White House and Trump administration with a snowstorm of subpoenas.

This could be the kind of battleground Donald Trump relishes.

A victorious Democratic Party on Tuesday could be set up to take the fall, both for gridlock and any major reversal in the progress of the economy.

Patrick J. Buchanan is the author of Nixon’s White House Wars: The Battles That Made and Broke a President and Divided America Forever. To find out more about Patrick Buchanan and read features by other Creators writers and cartoonists, visit the Creators website at www.creators.com. This article has been republished with permission from The American Conservative.