Whatever Happened to Coffee Shop Courtesy? 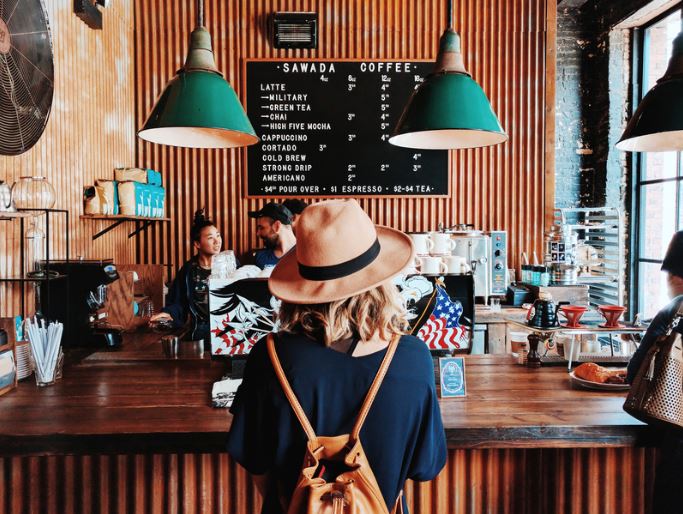 “I’ve become that guy who sits in the corner and keeps his opinions to himself.”

I am working away on my laptop in a coffee shop that serves as my second home when the man at the nearby table speaks those words. Here’s a sixty-something guy, a little worse for the wear, who for the last ninety minutes has talked non-stop in a booming voice to his female companion, offering opinions on everything from the Supreme Court to the behavior of teenagers and lacing those remarks with various obscenities.

I come to this coffee shop to work and for a change of scenery from my basement apartment, above which live my daughter, her husband, and their seven children. Over the last two years, I have learned to block all manner of noise—crying babies, children roller-skating overhead, television, and the laughter, music, and conversation of the coffee shop—but two distractions I find impossible to ignore.

The first is a blood-curdling shriek of pain from a three-year-old.

Like a few others I have encountered in the coffee shop, this gentleman seems oblivious to his trumpet-toned vocal cords, his vulgar language, and his boorish opinions. On and on he rolls, thundering his advice, ignoring his neighbors, some of whom are small children, now smacking his hands together to make a point, now raising his voice to tell the woman what a terrible country the current administration has produced.

Other than a few other stentorian loudmouths, the only customers in the coffee shop who crack through my sound barrier are those who talk on their cell phones. Most people in the café, when taking a call, either leave the room to talk outside or, in foul weather, retreat to a distant corner and converse in a low voice.

Not these folks. Occasionally, they carry on for an hour or more—the record so far was the woman who conversed by phone for over two hours—speaking as if the other caller was deaf, unaware or unconcerned that everyone in the café can hear every word they are saying, ignorant of the disturbance they are creating for others who, like me, are here to work or study. Neither the music nor the conversations of others reduces the decibels of these folks.

Theirs is not an act of deliberate rudeness. They simply lack the ability to recognize how their loud conversations are affecting patrons at the other tables. For them, some interior monitor is either missing or on the fritz. Like those people who play deafening music in their apartments or who curse in public no matter where they are, they know not what they do.

Courtesy is missing in these people. All of us want to be treated with respect and dignity. But all too often, sometimes deliberately, sometimes carelessly, we fail to extend that respect to others.

Judith Martin, otherwise known as Miss Manners, has devoted a few hundred pages of her books on etiquette and civility to this idea. As Miss Manners points out, civility “doesn’t cost anything. No federal funding, no legislation is involved.”

The rest is up to us.