Age of Rage: Five Possible Reasons for Our Current Madness 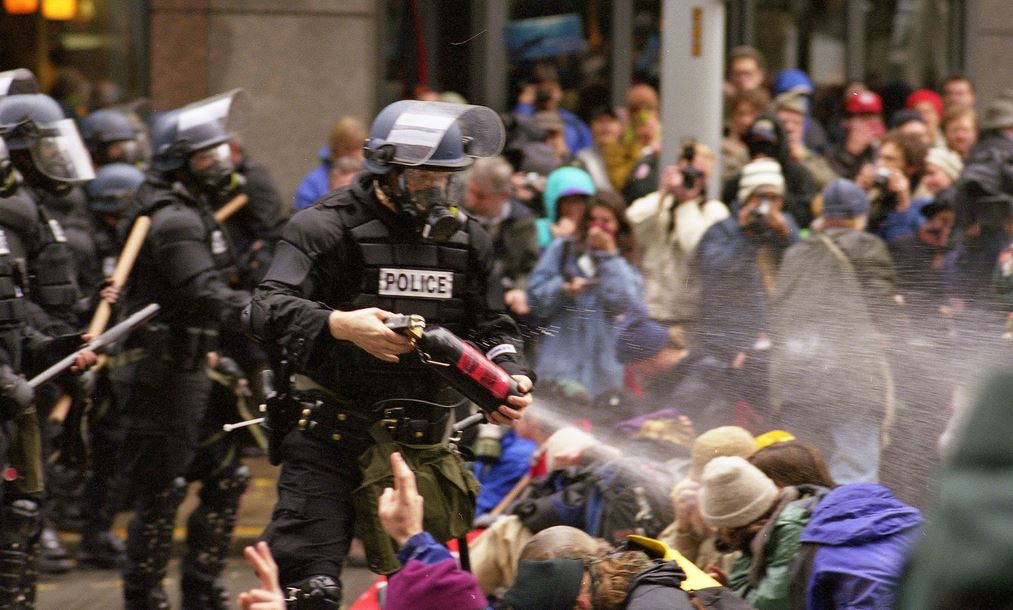 How did we arrive at a point in our history where gangs of hecklers chase politicians from restaurants, where senate hearings have lost all decorum, where family members and friends part ways over politics?

Every day brings new examples of incivility and violence. In the last twenty-four hours, I have casually browsed several sites online. Here was a professor advocating castration for white Republicans; celebrities mocking a black singer for praising the President; strangers leaving death threats on the phones of politicians, judges, and their families; anonymous callers phoning in false accusations of rape; some wicked soul mailing the poison ricin to a Republican senator and to officials at the Pentagon.

Only a quarter of a century ago this ongoing malevolence would have shocked most Americans. Sure, conservatives and liberals attacked each other, but those disagreements resemble a dialogue in Plato’s Academy compared to the howls and antics we find in 2018.

Why is this? Here are five possible answers:

Twenty-five years ago, the Internet and cell phones were in their infancy. Twitter was a noise made by sparrows in the yard. These devices are wonderful but allow every bozo with an opinion—including myself—to shoot that opinion into cyberspace instantaneously and often anonymously. From school bullying to Supreme Court nominations, our technology gives us the power to destroy a fellow human being with threats and insults.

Remember when many people, liberals and conservatives alike, poked fun at political correctness on campus? Well, those smiles are gone. PC remains rampant in our educational institutions, only now graduates of Harvard, Duke, Stanford, and a few hundred other colleges have injected PC into the world of business and government. In our public universities we have long tolerated professors calling for radical changes to American society. The agents of this transformation are now sitting in boardrooms and on government committees.

Google “Americans ignorant about history.” Magazines as different as The Atlantic, American Heritage, and National Review feature articles lamenting this lack of knowledge about our past. In 2011, for example, a majority of adults didn’t know that the Constitution was the supreme law of the land. Others can’t identify the Bill of Rights, the Gettysburg Address, or the reason for celebrating Independence Day.

George Santayana famously remarked, “Those who don’t remember the past are condemned to repeat it.” Given the dumbing down of our citizenry regarding history, he may be wrong. Instead of repeating history, we may instead descend into a dystopia we can’t even imagine. Fifty years of steering away from courses in basic civics and denigrating American achievements have produced a bumper crop of malice.

Many Americans have take politics for their religion, fanatical as any Reformation Calvinists or Catholics. We make gods of our politicians and demons of our opponents and their leaders. We are on the side of the angels and they conspire with devils.

“Follow the money” is a journalistic axiom. Okay. Let’s follow some money. Of the 25 richest counties in the United States, 11 are located in the area surrounding DC. The city also hosts administrators and employees of government, think tanks, lobbying groups, and private businesses involved in federal endeavors.

In other words, the scorpion bottle of our animosities is not in Boise, nor in Austin, nor in Minneapolis, it’s in D.C.

These and more are reasons for our division, what some have called a “cold civil war.”

I can’t offer any grand solutions. But I can think of a small one. If we would just talk to each other and ask each other questions, person-to-person, without all the cacophony of the mainstream media and the politicians, if we could agree to disagree and then vote, then maybe we could find our way back to a country we can love.