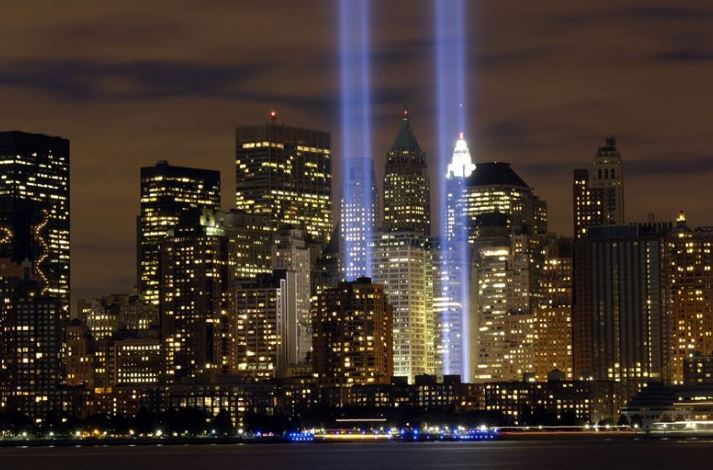 The National September 11 Memorial and Museum are deeply ugly. Those two gaping pits, a vision of the abyss, mar that tragic earth. Like gashes that never healed, but rather festered into black necrosis, the 9/11 memorial reveals a sickness; a sickness not of the body but of the soul.

That day changed America in ways we still do not fully understand. Seventeen years on, the wars in Iraq and Afghanistan fester, much like the gaping wounds that mark their beginning. The national unity in the wake of the attacks collapsed quickly. And today the cracks in our national foundation are more obvious than ever.

If we are to make sense of all this, we must still grapple with the meaning of that day and of its consequences. We must still mourn the dead.

But there is a healthy and unhealthy way of honoring the victims of evil and terror. There is a way that points to hope and life and another which mires itself in pointlessness and suffering.

The 9/11 memorial represents the latter. They corrode the psyche and the soul. They sicken the viewer and turn his eyes from what is good toward what is dying and decrepit.

Architecture reveals the spirit. And the spirit revealed by the 9/11 memorials and the museum is one of despair, death, and hopelessness. Take the museum. It sinks into the earth, swallowing the visitor into a sealed crypt. It is a descent into Hell. Here, above the very place where you now stand thousands died in sudden and terrible ways. The bleak, dark, concrete pit around you is barren save for twisted wreckage and scenes of death and destruction.

The museum is an obscenity. There is no hope there, no redemption, nothing to assuage the viewer’s soul. No way for him to turn his eyes to heaven. Indeed, even the names of the dead on the plaques in the museum are marked not by crosses—the Christian symbol of hope and resurrection—but by falling leaves. This rich and powerful symbol of hope and redemption ignored for a symbol of hopeless death and a coming cold dark oppression.

The museum is an endless grave—the inside of the abyss represented by the gaping holes on the surface.

A spiritually healthy country would not have built such a monstrosity. It would have created something along the lines of a proposal I heard many years ago.

The proponent was a common man from the heartland, which, I suspect, is the reason his suggestion was devoid of the embodied nihilism we actually constructed. His proposal was this: Instead of leaving two giant pits as a reminder of the dead, we ought to have rebuilt the Twin Towers over their old foundations in exact replica save one detail—we ought to have added an additional floor to each building. This addition should have been built of gold and inscribed with the names of the fallen. Therefore, when the sun hit the towers, the top floor would shine with a golden light—a halo for the dead.

As the proposer understood, such a monument would have captured the American spirit. It would have represented hope, respect, and, most important, life! Out of the ashes would have come something even greater—a memorial to the dead that, instead of sinking into the abyss, reached back up to the heavens.

A healthy America would have built that memorial. Instead, we engineered a monument to despair. That ought to give us pause. On this 9/11, therefore, we all should grapple not only with the tragedy but with our response to it.

We must confront our sickness of the soul.