How to Spot Misleading Statistics in the Gun Control Debate 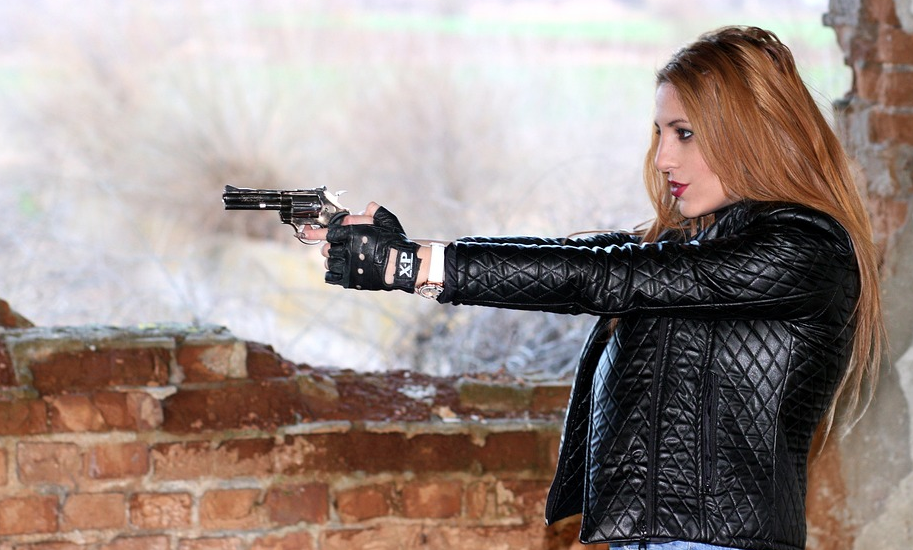 The academic debate over gun control consists mainly of a war of statistics. New studies come out every few weeks, and as a result, both sides are constantly locking horns over the validity or invalidity of this-or-that study in this-or-that country.

For those who aren’t formally trained in data analysis, this debate can seem impossible to navigate. How should untrained laypersons go about interpreting the findings of statistical studies?

It’s About Resistance, Not Prevention

Statistics come in all shapes and sizes, so the first thing we need to do is determine which kinds of statistics are relevant to the gun control debate and which are irrelevant. To do this, we need a clear understanding of what the gun control debate is fundamentally about. We can’t separate the relevant from the irrelevant if we aren’t clear about how to frame the issue.

So, what is the debate over gun ownership fundamentally about? Many seem to think that it’s about deterrence; that is, whether gun ownership prevents crime. The most well-known proponent of this view is John Lott, who argues that shall-issue right-to-carry laws are effective at reducing crime rates by means of deterring criminals. Lott’s research has been corroborated by a number of other studies and criticized by others.

Regardless of whether Lott’s research stands up to scrutiny, I want to suggest that it’s mistaken to think about the gun ownership debate chiefly in terms of crime prevention. On the contrary, whether there exists a right to own guns depends chiefly on whether guns are reasonable means of resisting crime.

Although prevention is more socially desirable (it is better that a crime not happen in the first place), any deterrent benefits that guns may have would owe to their resistance benefits, so the latter is more fundamental. Guns are valued for self-defense primarily because of their ability to dispense lethal force, which means that resistance—not prevention—is primary. Prevention is an added benefit, but it is secondary.

None of this is to say that Lott’s research is wrong. Rather, the point I’m making is that prevention and resistance are two very different things, and the latter is what the gun debate is fundamentally about.

To illustrate the difference, let’s suppose that I encounter a mugger while taking a walk. I brandish my firearm to the mugger, who is undeterred and rushes me with a knife. I then shoot the mugger, stopping the crime. In that situation, my gun has failed to prevent a crime, but it was successful at resisting a crime. The gun was an effective and reasonable means of self-defense even though it failed to deter the would-be mugger.

This is a very crucial point that must be carefully appreciated. Even if guns don’t prevent crime by reducing the overall crime rate, it wouldn’t mean that guns are not a reasonable means of resisting crime. As far as gun rights are concerned, the single most important issue is simply the question of whether guns do a good job when deployed against a criminal assailant. Deterrence is not the key issue at stake.

The Wrong Kinds of Studies

With that point in mind, we are now in a position to evaluate the relevance of empirical studies. Suppose for the sake of argument that pro-control advocates are right that gun ownership or right-to-carry laws do not deter crime. What follows from this? Nothing much, actually. Since the gun debate is primarily about whether guns are reasonable means of resisting crimes, the fact that guns may not work to prevent crime doesn’t really damage the case for gun ownership.

This same is true even if guns increase crime. Let’s revisit the earlier scenario involving the mugger. Suppose that upon seeing my brandished gun, the mugger becomes enraged and charges me. In that case, not only has my gun failed to prevent a crime, it may actually have worsened one. But that wouldn’t mean that my gun wasn’t a reasonable means of resisting crime, nor that I wasn’t justified in using it to defend myself.

The point here is this: even if studies showing that gun ownership or right-to-carry laws increase crime are right, they’re irrelevant. It doesn’t follow that guns are not effective when used in self-defense. Since the merits of gun ownership center around their resistance benefits, it is misleading to attack that by focusing on their lack of preventative benefits. The failure of a gun to prevent crime doesn’t imply its failure at resisting crime.

Proponents of gun control are therefore guilty of a subtle sleight of hand when they cite studies showing that guns lead to more crime or that gun-owners have a higher risk of being killed by a gun. Even if all these studies are true (and there is considerable reason to doubt that they are), they are wholly irrelevant to what is actually at stake in the debate over gun ownership. It confuses the risk that guns have in general with their effectiveness when used for self-protection.

Now to be fair, many gun advocates are guilty of making this same mistake, in that they frame the entire debate in terms of deterrence and crime prevention. While it’s not wrong to look at these questions, they should be secondary to what really matters. Gun advocates should direct their primary attention to the number of defensive gun uses and the effectiveness of guns in self-defense, as they pertain directly to the core issue of the gun debate: resisting crime.

So, the next time you see a study showing how gun ownership may increase crime or one’s chances of dying, know that it is irrelevant to what is actually at stake. Being able to make the distinction between prevention and resistance won’t make you an expert at data analysis, but it will go a long way in helping you wade through the morass of anti-gun statistics.

The Right Kinds of Studies

The type of studies we should be paying attention to are those studies that deal directly with the effectiveness of guns when used in a self-defense scenario. On that topic, there is a clear and overwhelming consensus that guns are effective when used in self-defense.

A 1993 study published in the Journal of Quantitative Criminology found that out of eight different forms of robbery resistance, “victim gun use was the resistance strategy most strongly and consistently associated with successful outcomes for robbery victims.”

A 2000 study published in the Journal of Criminal Justice found that men and women who resisted with a gun were less likely to be injured or lose property than those who resisted using some other means or who did not resist at all. In the case of women, “having a gun really does result in equalizing a woman with a man.”

A 2004 study published in the journal Criminology found that out of sixteen different forms of victim self-protection, “a variety of mostly forceful tactics, including resistance with a gun, appeared to have the strongest effects in reducing the risk of injury.”

Finally, a 2010 study published in Crime and Delinquency found that resistance with a gun decreased the odds of robbery and rape completion by 93 percent and 92 percent, respectively.

Taking stock of these points, the Institute of Medicine and National Research Council concluded in a 2013 review of the literature that

studies that directly assessed the effect of actual defensive uses of guns have found consistently lower injury rates among gun-using crime victims compared with victims who used other self-protective strategies.

When it comes to the use of studies and statistics, both sides tend to focus on the impact of gun ownership and right-to-carry laws on causing or deterring violence. These are certainly interesting issues to examine, but deterrence (or lack thereof) isn’t actually relevant to the key question in the gun debate. What matters is simply the question of whether guns are effective at doing what they’re designed to do. And on that question, there is clear consensus that guns are extremely effective at self-defense.