Cosby, Kavanaugh, and the Necessity of Evidence 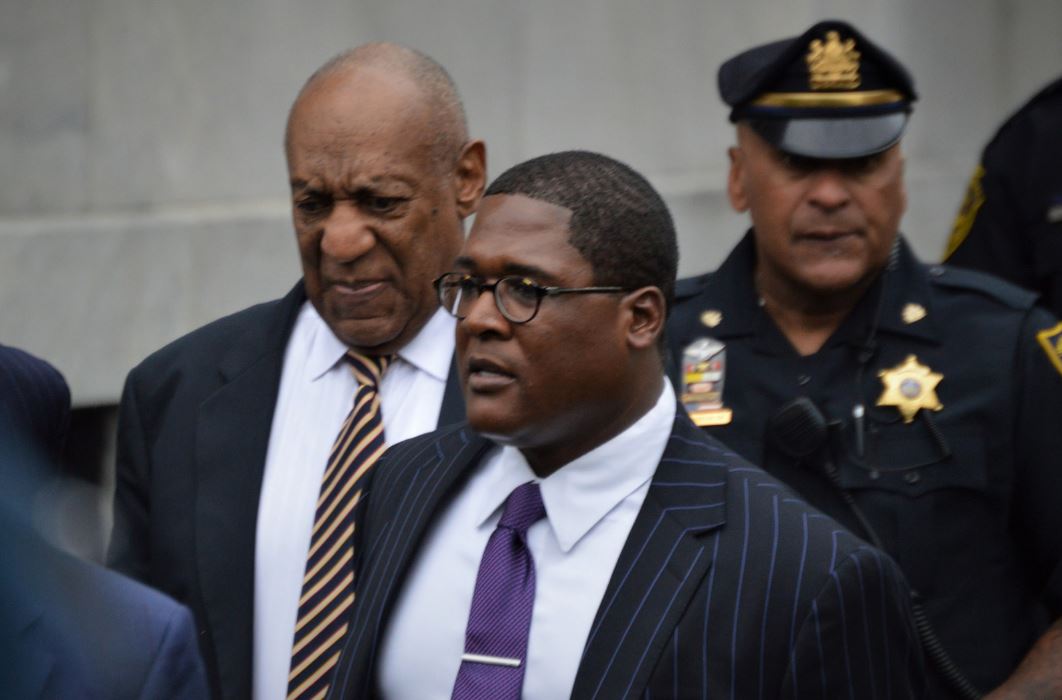 Recently, the judge in Bill Cosby’s trial handed down a three- to 10-year sentence, which means Cosby could potentially die in jail.

In my mind, there is little, if any, doubt that he drugged and abused those women. I don’t understand it, but it’s clear that giving women quaaludes 30 and 40 years ago was unfortunately not only the culture but also the norm in Hollywood and beyond. Obviously, the world has changed quite a bit from what it was a few decades ago.

As we know, Cosby has admitted to sexual misconduct over the years, and my sympathy is with the women who were drugged by this man they once trusted and admired. His actions were wrong and detrimental to the women he abused.

With that being said, I think that Cosby has already faced his sentencing. Cosby is an 81-year-old man. He’s blind; has lost two of his children, a son and a daughter; and his marriage is on the rocks. While it may be an unpopular opinion, I think that the man has already been punished.

He now has to live with his actions as an elderly man alone, miserable, empty, at a loss, and blind. That’s the way he will live the remainder of his life until God calls him home. Prayerfully, he can make peace with God sooner and not later.

The man has already been publicly humiliated, punished, and abandoned.

Should he go to jail? I know that’s what our laws say, but I believe in mercy and grace and strongly believe that Cosby will never escape the shame he’s brought upon himself and the pain he caused many innocent women. But at this point in his life, when he is clearly no longer a threat to anyone, I believe that he should be allowed to live the remainder of his life on Earth under house arrest. I don’t want to see Cosby die in jail.

Let me be clear that my view has nothing to do with his fame or what he contributed to the fabric of American society. If you feel differently, I understand.

However, for me and my house, I think they should allow this man to live the last of his days in his home with an ankle bracelet monitoring him.

This is just my opinion, and let’s not forget that we’re a society of free will and opinions. Whatever you choose to feel about his fate, you have every right and I defend your right to have your opinion. However, for me, Cosby should not spend a day in jail.

He once held the title of America’s Dad, and now, because of his horrible choices, he’ll forever be referred to as a violent sexual predator. It’s one of America’s greatest falls from grace.

He is 81 years old, legally blind, and with a myriad of health issues. It’s very possible that Cosby’s fate is now a very slow and painful death in prison, given his sentence of three to 10 years.

He entertained millions of Americans for generations and gave millions of dollars to HBCUs (historically black colleges and universities) across the United States. On his groundbreaking show “The Cosby Show,” he was once known for his ability to make all Americans laugh and for fundamentally changing the way African-Americans are viewed. But despite Cosby’s years of philanthropy, we learned that behind all of the good and behind the warm smile was a serial sexual predator.

This week, America’s Dad will wake up in prison with other criminals. In the age of #MeToo, Cosby is the biggest star to fall from grace. His sentencing likely adds fuel for the #MeToo movement to continue.

The society we live in today is very different from that of 20, 30, and 40 years ago. Women are speaking up about allegations that they were too afraid to speak up about decades ago. For many, this is a moment of reckoning, a moment to say that having autonomy over one’s body is of the utmost importance. And that is a sentiment that we should all agree with.

However, the #MeToo movement is not without flaws and is not above criticism. The movement has problems that we must be careful of, such as in the case of Judge Brett Kavanaugh. Unlike the Cosby case, in which there were audio recordings, settlements, and other forms of proof, Kavanaugh has been accused with absolutely no verifiable evidence.

The alleged witnesses to Kavanaugh’s supposed sexual assault of Dr. Christine Blasey Ford have each written a statement to the Senate Judiciary Committee, statements which are binding under federal law. They have stated that they have no recollection of the events, as alleged by Ford, ever happening.

One of the witnesses, who is a lifelong friend of Ford’s, even stated she had never met Kavanaugh. But apparently that’s not good enough to vindicate him.

The presumption of innocent until proven guilty, a foundational principle of American society as we know it, is being destroyed. The expectation is now to believe any woman who makes any allegation against any man, even if there is no proof. We should take these allegations seriously, and we should also expect for accusers to have some level of proof.

We know why women wait to come forward. But in a court of law, a preponderance of evidence exists because the law demands there is evidence when a person is accused of something. That is the standard we should carry in the court of public opinion.

The Senate Judiciary Committee and ranking member Dianne Feinstein had every opportunity to present Ford’s allegations before Kavanaugh’s hearings were concluded. Any allegations after those hearings should have no impact on Kavanaugh’s being confirmed.

What happens if we allow this to become our standard? Every person who is ever accused of something is automatically guilty and should lose everything? No. We cannot and should not allow that to become our new standard for judgment.

Cosby’s guilt does not equate to the guilt of Kavanaugh or of other men who have ever been accused of doing something wrong. Such as in the Cosby case, there should be corroborating evidence and patterns of behavior that can show proof the accused has a disposition for committing the alleged acts.

It’s simple: Men shouldn’t automatically be believed for making an accusation against someone, and nor should women. We must continue to be a society that lives in accordance with logic and facts. As we stray further and further away from that, we are creating a society where men will become too nervous to work with women or to hire women, out of fear that anything they do could be misperceived as an inappropriate touch or statement.

Again, we must continue to take these issues seriously, but there must be a standard by which we judge them. Right now, that standard is being destroyed, and it is a disservice to all Americans. No one survives trial in the media.