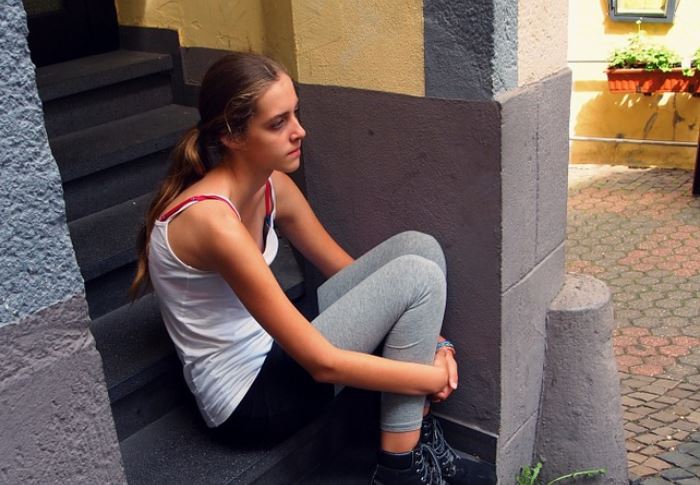 Rates of teenage depression and suicide in America are rising. Attempts to explain this increase have centered around ideas that are now pervasive in academia and entertainment media: identity politics, victim-culture, the unearned “self-esteem movement,” and the dreaded post-modernism (as it applies to philosophy and the humanities, not the arts).

I contend that a lot of these ideas ultimately serve to destabilize young people’s sense of their own individuality and wreck their ability to deal with reality in ways that are most likely to leave them depressed and despondent.

In part, I began thinking about this because my colleagues at the Foundation for Economic (FEE) and I have recently started to import some ideas from David Rock’s “SCARF” model for the media we produce, and I became curious about how this might apply to society at large.

For those unfamiliar with the idea, “SCARF” is built around the concept that people are constantly seeking to avoid pain and get more rewards for their activities and that most of these behaviors center around five specific motivations (which together make up the acronym “SCARF”):

For Dr. Rock, who often acts as a management consultant to large corporations, the idea is that by remembering that these are the emotions that motivate employees, managers can better understand how to get top-quality work out of their people.

It makes a lot of sense. If you know that people are often motivated by improving their relative status among their peers, then you know that by offering people public praise, you’re bolstering their sense of pride in their work and helping them achieve their status-seeking goals and, on the flip-side, you know that if you berate them publicly, you’ll be smashing their sense of status among their peers and that embarrassment may ruin their desire to continue working effectively.

The thing about all this is that, as far as we know from neuroscience and psychological studies, these motivations are real, consistent across essentially all people, and somewhat immutable.

To one degree or another, they’re just things that we’re all concerned about. We can’t just wipe these underlying motivations away by wishing they didn’t exist. As a result, we can’t ignore them. Instead, we can either bolster them—giving people the tools to improve their status, gain certainty about the world, gain more control over their lives, feel related to others and build community, and maintain a sense of fairness about their interactions with other people—or we can try to negate them and make people feel worse about themselves.

But now, let’s think about the ideas people generally grow up being told are true about the world.

Today, we’re constantly told that hierarchies are evil, status is never earned, and that privilege is something we should “check” and eliminate. The idea that anyone should ever be seen as “better than” anyone else—regardless of whether or not the status is a result of creating value or being born into a silly aristocracy—is often presented as inherently evil.

Status-seeking is bad, and you should feel bad if you engage in it in any way.

Likewise, we often hear (via postmodernist philosophy) that nothing has any real meaning, no specific way of being is inherently any better than any other (all cultures and beliefs are basically “equal”), and that human societies are not limited by any kind of hard reality about human nature but only by people’s intentions.

Meanwhile, the notion that nameless, faceless institutions and “society”-at-large dictate everything important about people’s lives is now extremely popular. The result is the belief that outcomes in your life aren’t a consequence of your own decisions, but of random forces well beyond your control.

This reduces people’s sense of autonomy over their own lives.

That brings us to the idea of “relatedness.” Relatedness is about feeling a sense of shared community with others—being connected to other people by common values, traits, and interests. Yet, it seems that popular philosophy on college and university campuses rejects this as well. Far from highlighting the ways in which we are all alike in our humanity, the focus on identity politics says that we are all defined as members of separate groups that aren’t really allowed to intermingle.

You see this with people being told that if they belong to one group, they’re patently incapable of understanding—or even voicing an opinion on—the plight of another group.

Finally, we have “fairness.”

This is probably the most interesting one because, on the one hand, we now live in a world where the dominant trend is to talk about nothing but “fairness.” Unfortunately, the way people talk about fairness now is incredibly negative. The general trend is to describe how inherently unfair the world is and then to blame this on a series of oppressors hell-bent on maintaining their own power at young people’s expense.

Combine all this with the long-standing movement to build “self-esteem” on praise and fake accomplishments while reducing the meaning of genuine, earned success, and I think we have a recipe for disastrous depression.

Destroying kids’ sense of certainty and autonomy, inculcating them with the belief that any innate drive to succeed and obtain a higher status among their friends is shameful, and that the people of the world should be seen first and foremost as part of their respective identity groups and not as individuals who have wildly more in common with each other than any externally perceived differences is a horrendous thing to do, and I fear it’s had many negative real-world consequences.