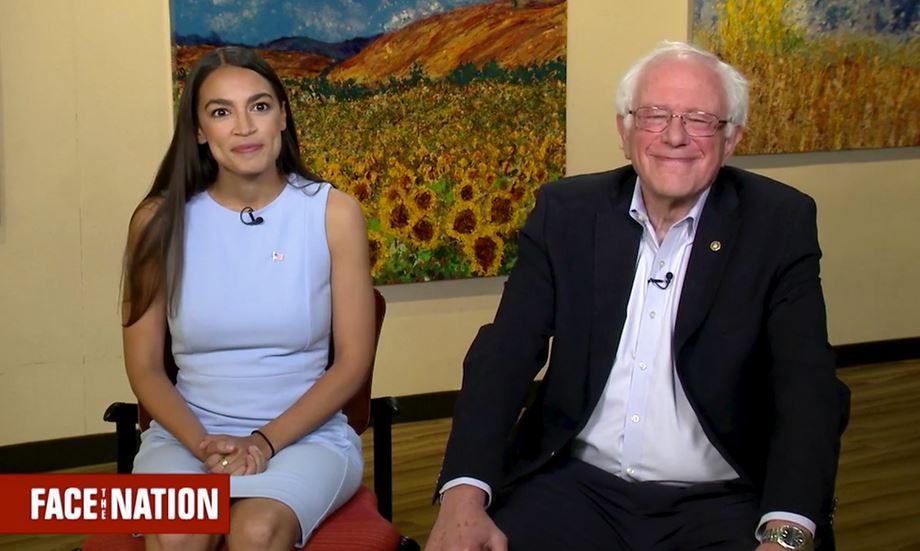 While Venezuela continues to collapse into a living hell for all but Nicolás Maduro and ruling elites, support in America for democratic socialism continues to rise.

Graphic reports such as the recent New York Times photo essay about starvation in Venezuela abound:

Kenyerber Aquino Merchán was 17 months old when he starved to death.

His father left before dawn to bring him home from the hospital morgue. He carried Kenyerber’s skeletal frame into the kitchen and handed it to a mortuary worker who makes house calls for Venezuelan families with no money for funerals.

Kenyerber’s spine and rib cage protruded as the embalming chemicals were injected… relatives cut out a pair of cardboard wings from one of the empty white ration boxes that families increasingly depend on amid the food shortages and soaring food prices throttling the nation. They gently placed the tiny wings on top of Kenyerber’s coffin to help his soul reach heaven—a tradition when a baby dies in Venezuela…

[H]is father, Carlos Aquino, a 37-year-old construction worker, began to weep uncontrollably. “How can this be?” he cried, hugging the coffin and speaking softly, as if to comfort his son in death. “Your papá will never see you again.”

If you are inclined to believe this is an isolated incident, reporters Meridith Kohut and Isayen Herrera disabuse you of your ignorance: “Hunger has stalked Venezuela for years. Now, it is killing the nation’s children at an alarming rate, doctors in the country’s public hospitals say.”

With reports like these, one wonders how support for socialism in America can be growing?

If some Americans are economically illiterate and ahistorical that would explain their support. If they have mistakenly identified Scandinavian countries as socialist, that would also offer an explanation.

Perhaps people are seeking more meaning in their lives and being part of a mass movement fills a void.

Some students have admitted to me they value being able to exercise power over others. Perhaps they see socialism as a means to acquire power?

These may be some of the explanations for increasing support for democratic socialism; and yet, there is another factor at work. Americans are increasingly allowing their thinking to be influenced by logical fallacies.

Charlie Munger is vice chairman of Berkshire Hathaway, the legendary conglomerate he controls with Warren Buffett. In a speech at Harvard University about human misjudgment, Munger tells of a surgeon who removed “bushel baskets full of normal gallbladders” and continued maiming patients for five years past the point he should have been removed.

Munger was curious. Was the doctor motivated by greed? Munger was surprised to learn that the maiming doctor “loved” his patients and was motivated by good intentions. Munger sought insight from a doctor who had been involved in the surgeon’s removal:

I said, “Tell me, did he think, here’s a way for me to exercise my talents,” this guy was very skilled technically, “And make a high living by doing a few maimings and murders every year, along with some frauds?” And he said, “Hell no, Charlie. He thought that the gallbladder was the source of all medical evil, and if you really love your patients, you couldn’t get that organ out rapidly enough.”

For the surgeon’s patients, his good intentions were of little comfort.

When doctors of the ailing George Washington bled him, they were motivated by good intentions; and their unscientific medical practice arguably hastened Washington’s death.

Politicians who trust their seat-of-the-pants good intentions inevitably become authoritarians. They are relying on the limits of their error-prone minds and not on proven principles that promote human flourishing.

Those who rely on their good intentions to guide their actions are arrogant rather than humble. They have little respect or understanding for, as Hayek put it in his essay “Individualism: True or False,” the “spontaneous collaboration of free men [that] often creates things which are greater than their individual minds can ever fully comprehend.”

When Hugo Chavez, the father of Venezuela’s nightmare, passed in 2013, President Carter praised Chavez’s bold leadership saying, “We came to know a man who expressed a vision to bring profound changes to his country to benefit especially those people who had felt neglected and marginalized.”

Although we have not agreed with all of the methods followed by his government, we have never doubted Hugo Chavez’s commitment to improving the lives of millions of his fellow countrymen.

Professor Owen Williamson of the University of Texas at El Paso might say President Carter had fallen victim to the logical fallacy, The Argument from Motives: “Falsely justifying or excusing evil or vicious actions because of the perpetrator’s apparent purity of motives or lack of malice.”

In his book Capitalism and Freedom, Milton Friedman argued that there were two threats to freedom, external and internal. In 1962, Friedman pointed to the Soviet Union as an external threat. Seeing an internal danger, Friedman argued, is more difficult because it is “far more subtle”:

It is the internal threat coming from men of good intentions and good will who wish to reform us. Impatient with the slowness of persuasion and example to achieve the great social changes they envision, they are anxious to use the power of the state to achieve their ends and confident of their own ability to do so. Yet if they gained the power, they would fail to achieve their immediate aims and, in addition, would produce a collective state from which they would recoil in horror and of which they would be among the first victims.

That “concentrated power is not rendered harmless by the good intentions of those who create it” has become among Friedman’s most famous ideas. His warning is ignored today by those believing the “good intentions” of politicians, such as Bernie Sanders or congressional candidate Alexandria Ocasio-Cortez, will render their destructive policies harmless.

Friedman challenged his readers to consider, “Which if any of the great ‘reforms’ of past decades has achieved its objectives? Have the good intentions of the proponents of these reforms been realized?”

Related to the Good Intentions Fallacy is the Positive Thinking Fallacy. As Professor Williamson puts it, positive thinking is “an immensely popular but deluded modern fallacy of logos, that because we are ‘thinking positively’ that in itself somehow biases external, objective reality in our favor even before we lift a finger to act.”

Let us grant “good intentions” to today’s cadres of democratic socialists. Let us assume they are “thinking positively.” No matter. No good intentions or positive thoughts will overcome how reality works. The destructive outcomes of socialism will follow as history repeats itself.