‘Social Justice’ is Overrunning the University of Texas 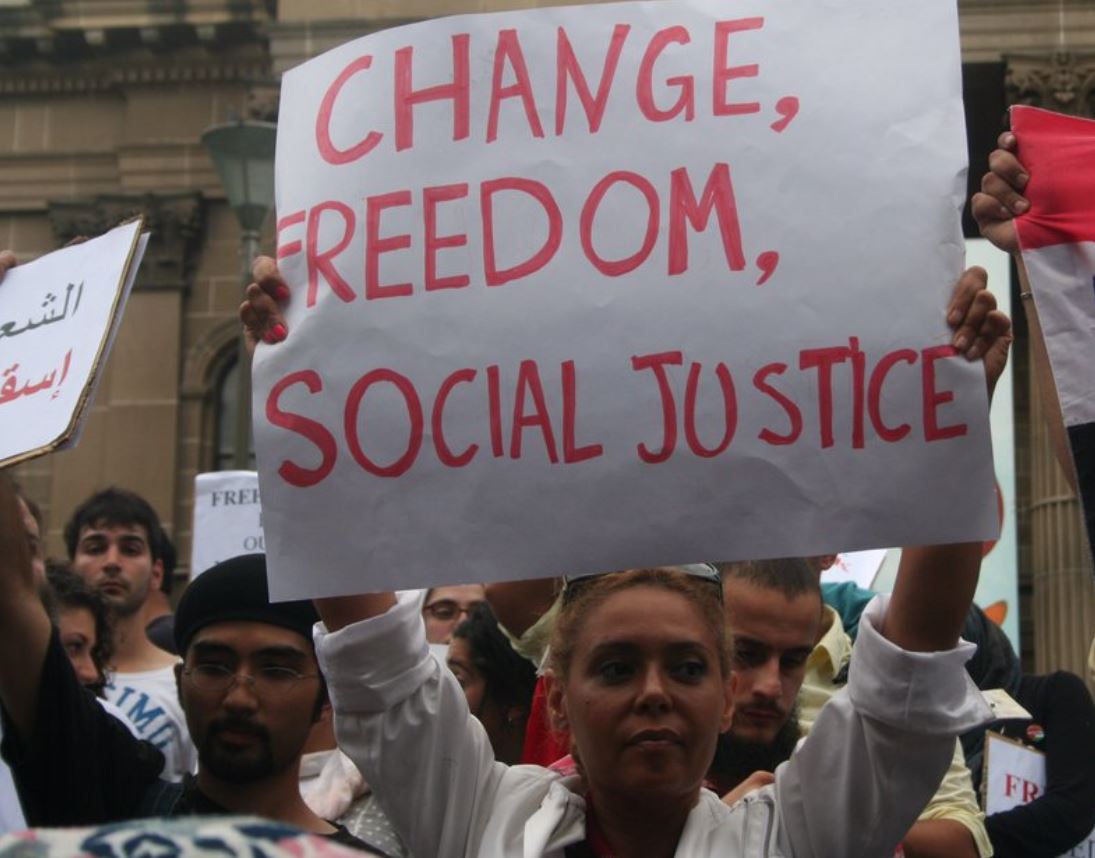 The latest racket in higher education, evident at my alma mater, the University of Texas at Austin, is the disturbing proliferation of “social justice” as a degree program, a course topic, an academic emphasis, and even as a prerequisite in campus job descriptions.

“Social justice” is a seemingly innocuous term with no established definition. Many members of the general public construe it as a harmless synonym for “fairness.” But to progressives—who dominate the academy these days—“social justice” is a colloquial expression with a specific meaning: economic equity (the redistribution of wealth), “sustainability” (a pre-industrial environmental ethos), and the elimination of racial disparities throughout society (all statistical imbalances among racial groups representing, in their view, systemic discrimination and institutional racism).

In a society such as ours, committed to the principles of private property, free-market economics, individual liberty, and equality before the law, the social-justice agenda is highly controversial and ought to be the subject of an extended debate.

Nobel Prize-winning economist Friedrich Hayek believed that the concept of “social justice” is a pernicious threat to individual freedom and he devoted an entire volume of his Law, Legislation and Liberty trilogy to debunking it as a “mirage.” Because the goal of “social justice” is often asserted as an excuse for government intervention to overturn the spontaneous and uncoerced ordering of the free market, Hayek declared the term to be a “hollow incantation” that people should be “ashamed” to use.

Despite Hayek’s objections, “social justice” has become ingrained in common usage, especially in academia. At the flagship campus of the University of Texas, and many other universities across the country, the concept has become ubiquitous.

The Institute hosts monthly programs (the Social Justice Conversation Series) on selected readings related to social justice and diversity. Topics have included “ableism, sexism, religious oppression, ageism, adultism, heterosexism, transgender oppression, racism and classism.”  For each session, cohort leaders “help the conversation flow from a social justice perspective.” Sample discussion questions included, “What are some examples of how people and/or under-represented groups are invisible in oppressive systems? How might your own identities and or/privilege [sic] be informing how you view or interpret this article?”

The Institute’s website maintains a “social justice directory” of faculty members “whose current research and teaching priorities intersect with social justice concerns, activist scholarship and/or community collaborations.” The Institute also features profiles of “activist-scholars of the month” from various UT departments, such as Karma Chavez from the Department of Mexican American and Latina/o Studies, whose scholarship “is primarily informed by queer of color theory and women of color feminism.”

Some of UT’s academic departments, such as the College of Education and the Department of English, have initiated their own social justice programs.

Recognizing “a history of oppression, inequity, and structural discrimination in the university, local, state, and national context,” the College of Education has formed a Social Justice, Equity, Diversity, and Inclusion Committee to effectuate the mission of leveraging “diversity and interdisciplinarity as critical components in our innovative research, inclusive and empowering curricula, and professional leadership.” The College of Education has an extensive list of faculty “whose research specifically focuses on social justice, equity, diversity, and inclusion topics,” including the director of the activist Institute for Urban Policy Research, who holds a joint appointment with UT’s Department of African and African Diaspora Studies.

The College of Education’s Department of Educational Leadership and Policy, which offers graduate degrees to aspiring school administrators, has a doctoral program that “prepares future faculty members, policy analysts, and researchers to be thoughtful scholars with a critical focus on issues of equity. Students receive rigorous training in education politics, policy implementation, organizations, race and ethnicity, gender, poverty, social and cultural contexts of education, and economics of education.”

The English Department has created a Literature, Social Justice, and Community Service curriculum that “teaches ethical community engagement, meaningful student reflection, attention to historical and social context, the politics of literary forms, and the power of storytelling, drama, and poetry.” The projects of the LSJCS working group include fighting “food insecurity” and hunger among UT students (a cohort that, unlike many Venezuelans, appears to be well-fed).

UT also offers a paid Internship in Human Rights & Social Justice “meant for students who are working on issues of social justice.”

Surprisingly, the UT School of Architecture has established “a new program on race, gender and the American built environment. The effort aims to facilitate diversity among design and planning professionals and students, and foster innovation in teaching and research on race, gender and inequality in American cities.”

In announcing the appointment of the first two scholar-fellows to this program, the School of Architecture stated that “the legacy of slavery and a prolonged history of social segregation and economic and political disenfranchisement of African-Americans continues to undermine the power of urban diversity….[M]uch more needs to be done to make American cities more equitable, healthy, fair, safe and beautiful.” The purpose of the research initiative, the school indicated, is to “instill in the next generation of designers and planners the importance and power of diversification.” In other words, because racism has caused urban decay, “socially just” architecture is needed to fix it.

Not so surprisingly, the UT School of Social Work has many relevant course offerings dealing with social justice, such as “Foundations of Social Justice.”  (The school’s mission statement declares that “we should work to promote social justice and social change, and should strive to end discrimination, oppression, poverty, and other forms of social injustice;” and its magazine is entitled The Utopian.)  The Master of Science in Social Work degree program “emphasizes commitment to culturally diverse populations and women, issues of social and economic justice, and the advancement of the knowledge base of the profession.”

Aspiring social justice warriors at UT who aren’t majoring in English, education, architecture, or social work can obtain a certificate in Human Rights & Social Justice by pursuing a multi-disciplinary program drawn from the extensive catalog of social justice courses offered by UT, and working under the direction of the Human Rights and Social Justice faculty panel. Interested students can choose from a curriculum that includes classes on the Black Lives Matter movement, the Black Power movement, the Literature of Islamophobia, and the Roots of Social and Economic Justice.

Social justice has even worked itself into job descriptions at UT. For example, applicants for a student affairs administrator position must demonstrate a “highly developed understanding of social justice concepts and practices.” UT’s job posting for a healthy masculinities coordinator position (responsible for running the widely ridiculed MasculinUT program) described the job as “a catalyst and resource for advancing violence prevention efforts on UT System campuses that will include a focus on gender equity and social justice,” and called for candidates with a “demonstrated commitment to diversity, social justice, innovation and collaboration.”

In academia, “social justice” is a mere pretense for ideological indoctrination and the exercise of power by the Left. Texas voters and elected officials would not countenance a “Socialism Institute” at UT, or job descriptions that decreed “conservatives need not apply.” Yet by dressing up their radical ideology as “social justice,” the left-wing activists running UT and other institutions are doing precisely the same thing, hiding in plain sight.

Mark Pulliam is an attorney and commentator living in Austin, Texas. He is a graduate of the University of Texas School of Law. This article has been republished with permission from The James G. Martin Center for Academic Renewal.