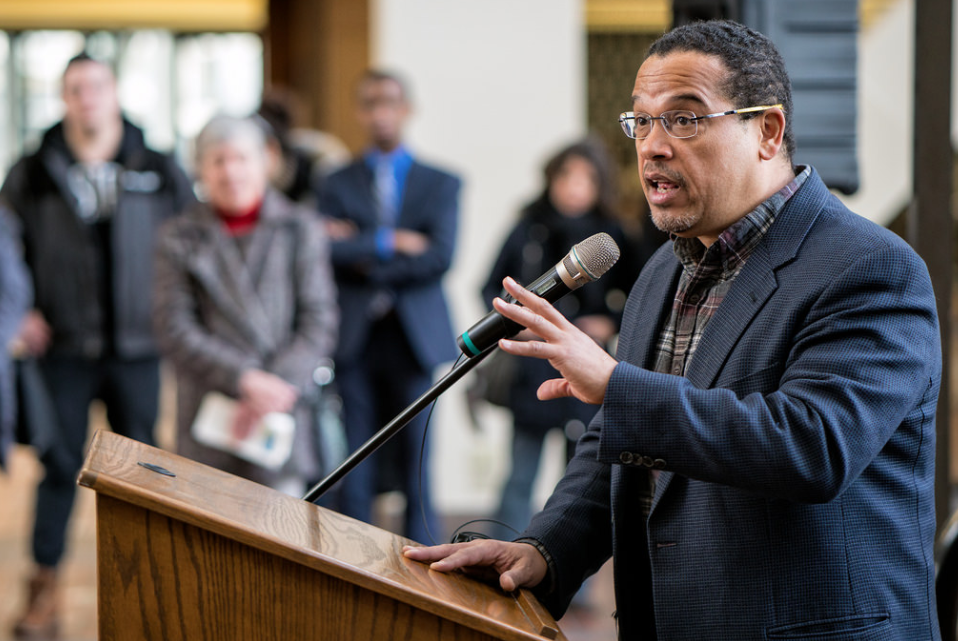 Minnesota recently watched a brief, but intense, shake-up in its primary race for attorney general, in which Democrat Congressman Keith Ellison quickly emerged as a front-runner.

With a wildly successful political career and the distinction as the first Muslim elected to US Congress, Ellison’s front-runner status is no surprise. The surprise came, however, when Ellison’s ex-girlfriend, Karen Monahan, spoke out against Ellison, alleging he had abused her during their relationship. Monahan’s son seconded her account in a Facebook post that has since been removed. Despite the reports, Ellison managed a decisive victory in the primary race.

In just over a month we will reach the one-year mark since Harvey Weinstein was outed for sexual misconduct.  Since then over 200 prominent public figures have been exposed, and thousands of women have come forward as survivors of abuse and harassment.

The #MeToo movement has presented a number of difficulties that we must wrestle with. One of these is whether or not the proliferation of social media subverts due process. Another is the murky nature of consent in a campus culture that is full of hookups and alcohol. But the one that is perhaps the most uncomfortable for us to face is just how many abusers and enablers there are in positions of power in America today.

Unlike many others who have been accused of sexual misconduct, Ellison has faced few consequences as top Democrat members continue to back him.

But it’s not just his party giving him a free pass. The media also appears to be turning a blind eye to these allegations. For example, a recent interview with Esme Murphy portrays Ellison as the tearful victim of betrayal. CBS’s interview with Monahan, on the other hand, calls her motives into question. “Why speak out now?” Jerika Duncan asks her. She then goes on to ask Monahan how she would respond to those who point out that Ellison’s misconduct was a one-time occurrence and that he apologized afterward.

Would Monahan have fielded such a question if she had been accusing someone else of domestic violence? What if, instead of a liberal Muslim candidate, Ellison had been a conservative evangelical? Would the media have even considered painting him as the victim? Would any interviewer have reminded the victim that it was a one-time occurrence, thus implying that it wasn’t that big of a deal?

The fact that such an allegation would be met with “it only happened once” is a serious problem. The average victim of domestic violence does not report abuse until they have been assaulted thirty-five times. Reminding a victim that their abuse was a one-time occurrence sends a clear message that abuse is acceptable, as long as it doesn’t happen too often, or as long as the abuser is a powerful political candidate.

Politics seems to be playing a troubling role in whether or not we choose to believe women. If men are held accountable for their actions if and only if it is politically convenient to do so, then is it safe to say that the #MeToo movement has failed?