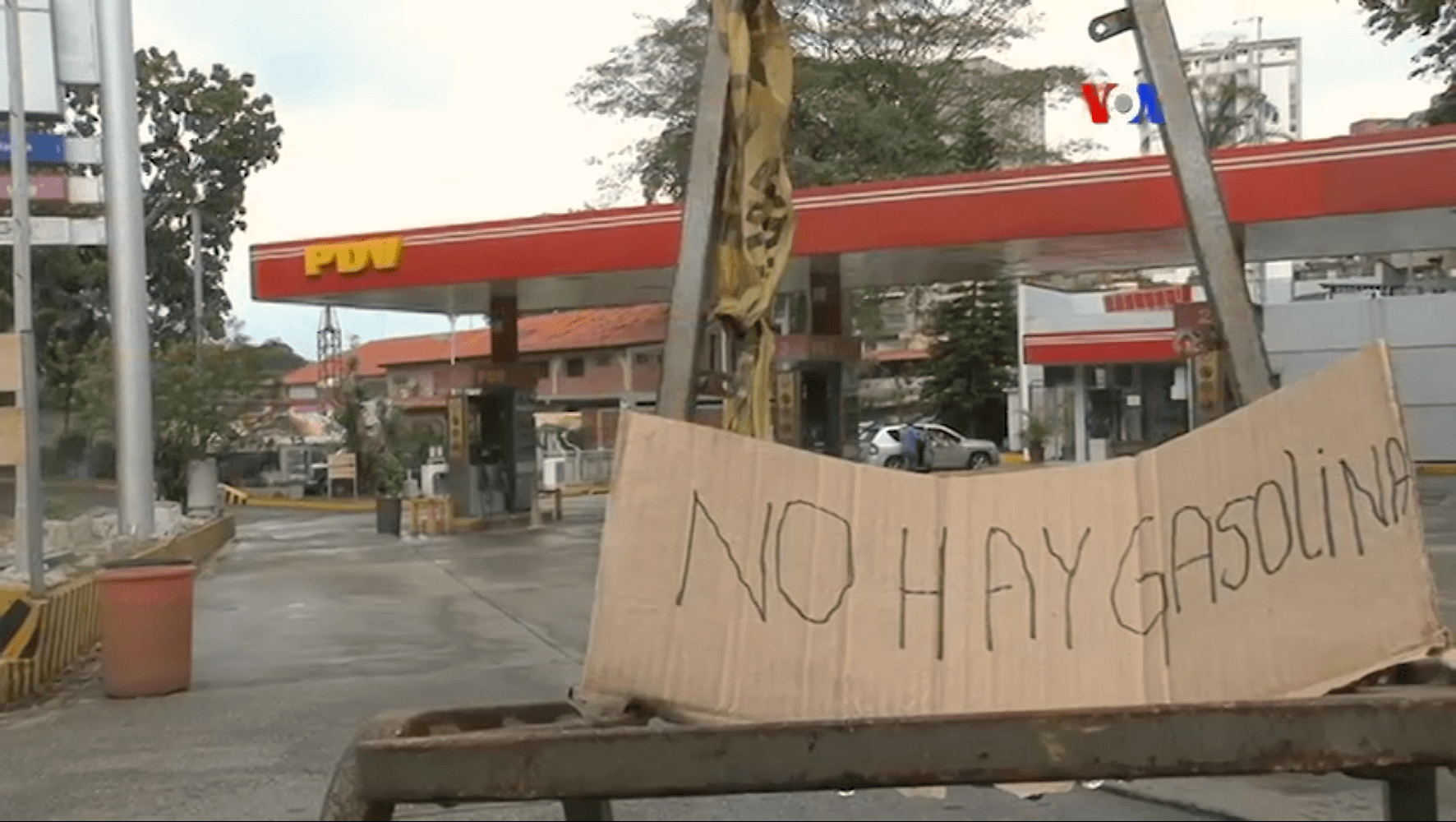 Venezuela’s inflation may hit 1 million percent by the end of the year, the International Monetary Fund announced on Monday.

This incredible hyperinflation is reminiscent of Weimar Germany during the years immediately after World War I, in which wheelbarrows full of cash were required to buy bare essential items, like a loaf of bread.

That pile of cash is the Venezuelan equivalent of one US dollar. Behold the power of socialism. pic.twitter.com/fvo6vEb4sT

To counter the hyperinflation problem, Venezuela’s answer is to lop off five zeros from its currency value and launch a state-backed cryptocurrency.

It wasn’t that long ago that the left praised socialist Venezuela as a model country, a good comparison to the mean, ruthless system of the United States.

“Since the [Hugo] Chávez government got control over the national oil industry, poverty has been cut by half, and extreme poverty by 70 percent,” wrote New York Times contributor Mark Weisbrot in the wake of socialist President Hugo Chavez’s re-election in 2012. “College enrollment has more than doubled, millions of people have access to health care for the first time and the number of people eligible for public pensions has quadrupled.”

Venezuela’s dire state is not for lack of resources. It is the most oil-rich country in the world and used to be one of the wealthiest nations in South America. Now, it’s teetering on the edge of economic oblivion.

The scale of Venezuela’s collapse is staggering. The economy has halved since 2013 and unemployment has now reached 30 percent. Basic items like baby formula and toilet paper can’t be found on store shelves.

People have turned to “car cannibalism” (or mass carpooling) to minimize the number of vehicles running. Public transportation has ground to a halt.

Hunger strikes by workers in the country’s nationalized electricity company have led to widespread power outages and water shortages.

Venezuela now struggles to pump oil out of the ground as its nationalized oil company is, according to CNN, “forced to import light crude from the United States to dilute the heavy oil it drills in Venezuela.”

Ironically, the policy of nationalization—purportedly to give back to the people—has left those very people destitute.

No country has fallen farther and faster on The Heritage Foundation’s Index of Economic Freedom than Venezuela.

“In 1995, the first year of the index, Venezuela scored 59.8 on its 0-to-100 scale, more than two points above the world average,” wrote Heritage Foundation Research Coordinator Patrick Tyrrell. “That prosperity did not last. Under [Presidents Hugo] Chavez and [Nicolas] Maduro, economic freedom has evaporated, and Venezuela is now one of the most economically repressed countries in the world, second only to North Korea.”

With the loss of economic freedom has come the loss of political freedom. Elections have become a sham as the once democratic country has turned into strongman dictatorship under Maduro, where opposition to the regime is quickly and ruthlessly crushed.

Criminality and corruption are rampant. The country is now ruled by a cartel of connected drug kingpins and other thugs who use government power to enrich themselves and their families.

Hundreds of thousands of Venezuelans have fled the country in a humanitarian crisis that mirrors that of Syria—except this one was not forced by a civil war.

Venezuela is now a country where “millionaires are poor,” as a Venezuelan nurse said recently in an interview with The Guardian.

What’s remarkable is that while this tragedy plays out, the American left continues to flirt with socialism and strains to explain why it would be a good thing for the American people. Millennials in particular have been susceptible to embracing it, at least in theory.

Socialism is a philosophy that, at best, has proven to be ideologically bankrupt, having failed to produce anything close to a free-market system. At worst, it is a weapon for petty thug-tyrants to prop themselves up while strangling the nation’s economy and stomping on the rights of citizens with impunity, as has been the case in Venezuela.

It’s increasingly popular on the left to rebrand socialism as “democratic socialism,” perhaps to distinguish their own ideology from the statist and obviously destructive form of socialism practiced in Venezuela. They see their own socialism as a happier, gentler version of the creed.

But this distinction is evasive.

Venezuela’s socialism at least started out as “democratic” before it failed and ultimately led to tyranny. That’s an easy flip to make without constitutional norms, institutional protections, and a cultural creed of limited government.

American leftists often point to Nordic countries as examples of socialism that “works.” The problem is that while some of those countries provide generous social safety programs, they are not quite socialist.

All of them rank highly on The Heritage Foundation’s Index of Economic Freedom. Denmark and Sweden even rate above the United States. In 2015, Denmark’s president insisted that his country was not socialist, but had a “market economy.”

Most of the Nordic countries had thriving economies before they grew their welfare programs, and some have even trimmed those programs in recent years. Finland, for example, which experimented with a universal basic income program, ended it after just two years.

Nordic countries mostly avoided the kinds of government overregulation and intervention that annihilated the economies of Venezuela and other countries in the past century.

Not quite. Even in these alleged Scandinavian utopias, broad social safety nets and high taxes have produced a country with much lower standards of living than the United States as a whole.

For instance, Americans of Danish descent have a drastically higher incomethan Danes living in Denmark, as well as lower rates of poverty.

“A common misconception is that the Nordic countries became socially and economically successful by introducing universal welfare states funded by high taxes,” wrote Nima Sanandaji, the author of “Debunking Utopia: Exposing the Myth of Nordic Socialism.” “In fact, their economic and social success had already materialized during a period when these countries combined a small public sector with free-market policies. The welfare state was introduced afterward. That the Nordic countries are so successful is due to an exceptional culture that emphasizes social cohesion, hard work, and individual responsibility.”

Socialist policies erode these cultural norms, undermine individual responsibility and the rule of law, and create a destructive race to the bottom to prove that one is most in need.

Regardless of the distinctions, real or imagined, socialism has proved to be a failure wherever it is tried. Its proponents claim to want to lift up the poor, but all it does is drag down everyone, creating economic misery for rich and poor alike.

The “end of history”–as Marxists call it–for Venezuela, is collapse. A fate that may soon befall its socialist neighbors, like Nicaragua.

It’s a good lesson for Americans, especially those with the delusion that we can make it work here.

This article republished with permission from the Daily Signal.