Does the Death Penalty Actually Save Lives? 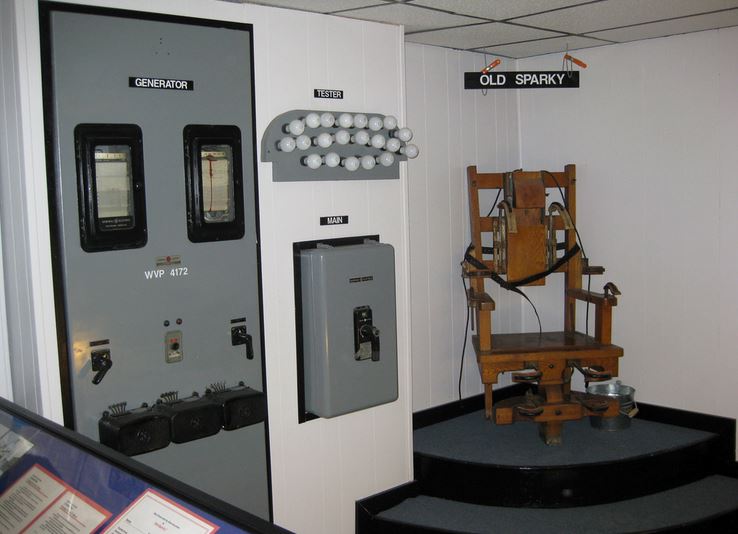 Four centuries ago, the Vatican condemned Galileo for saying that the Earth orbited the Sun, and forced him to recant. Many years later, the Church admitted it was wrong. One can only hope that the Vatican reverses itself more quickly regarding its misguided attack today on the death penalty. The death penalty saves the lives of many innocent people by deterring murders.

Earlier today, the Holy See announced that the pontiff had ordered changes to the Catechism of the Catholic Church (CCC) to make the death penalty forbidden entirely. That changes centuries of teaching. …

Now, according to the Vatican, “the death penalty now is no longer admissible under any circumstances.” This is a more extreme position than that taken by the Vatican in the past. Under Pope John Paul II, the Vatican stated that “the teaching of the Church does not exclude recourse to the death penalty, if this is the only possible way of effectively defending human lives against the unjust aggressor,” although it frowned on most potential uses of the death penalty.

The death penalty is applied all too infrequently, to only a tiny percentage of murderers. If it were frequently applied more frequently, it would save many innocent lives. Multiple studies have found that the death penalty saves lives by deterring murder more effectively than mere imprisonment. As the Associated Press noted in 2007:

Each execution deters an average of 18 murders, according to a 2003 nationwide study by professors at Emory University. (Other studies have estimated the deterred murders per execution at three, five and 14).

Additional studies are described by David Mulhausen of the Heritage Foundation at this link. For example, he notes that “two studies by Paul R. Zimmerman, a Federal Communications Commission economist, also support the deterrent effect of capital punishment…. [E]ach additional execution, on average, results in 14 fewer murders.”

But deterrence is not the only way the death penalty saves innocent life. It also prevents murderers from being able to commit more murders or other crimes while in prison. A 2016 Washington Post article gave the example of a serial killer who “killed two senior citizens, got locked up,” killed his cellmate, and then “tried to extort money” from an elderly woman:

Alone in his prison cell, Darren Witmer pulled out a piece of paper and tried a new way to steal someone’s money.

“May this letter reach your hands with a welcoming comfort,” he wrote last year to a 75-year-old woman living by herself north of Washington.

Witmer, 45, figured he had nothing to lose.

He was serving three life sentences in Maryland for killing three people. In 1994, Witmer broke into the Frederick, Md., apartment of an 83-year-old veteran and beat him to death for $300. Days later, he forced a 78-year-old man in the same town to write a check for $1,000 before he killed him with a small ice chipper. In prison, Witmer strangled his cellmate.

Now, writing his letter — to a stranger whose address he’d swiped from his dead cellmate’s records — Witmer got to his point.

He had “people in position” ready to slip into the woman’s home, carry her to the trunk of a car, take her to a river and kill her. “Trust me,” Witmer wrote, “you won’t even see it coming.”

But for $700 sent to his prison account, Witmer said, she could avoid death.

The woman called the police. Officers paid Witmer a visit. He was charged with extortion. And in a Rockville courtroom Friday, six years were added atop his life sentences.

As Ernest van den Haag notes in “Capital Punishment Saves Innocent Lives,” merely sentencing murderers to prison does not prevent them from killing again: “incarcerated murderers can escape, be released on furlough, or kill other prisoners or prison staff.”

Given how much suffering to the innocents is prevented by punishing violent criminals with harsh sentences, it is apt to say, as a federal appeals court judge once did, that “He who is kind to the cruel is cruel to the kind.”