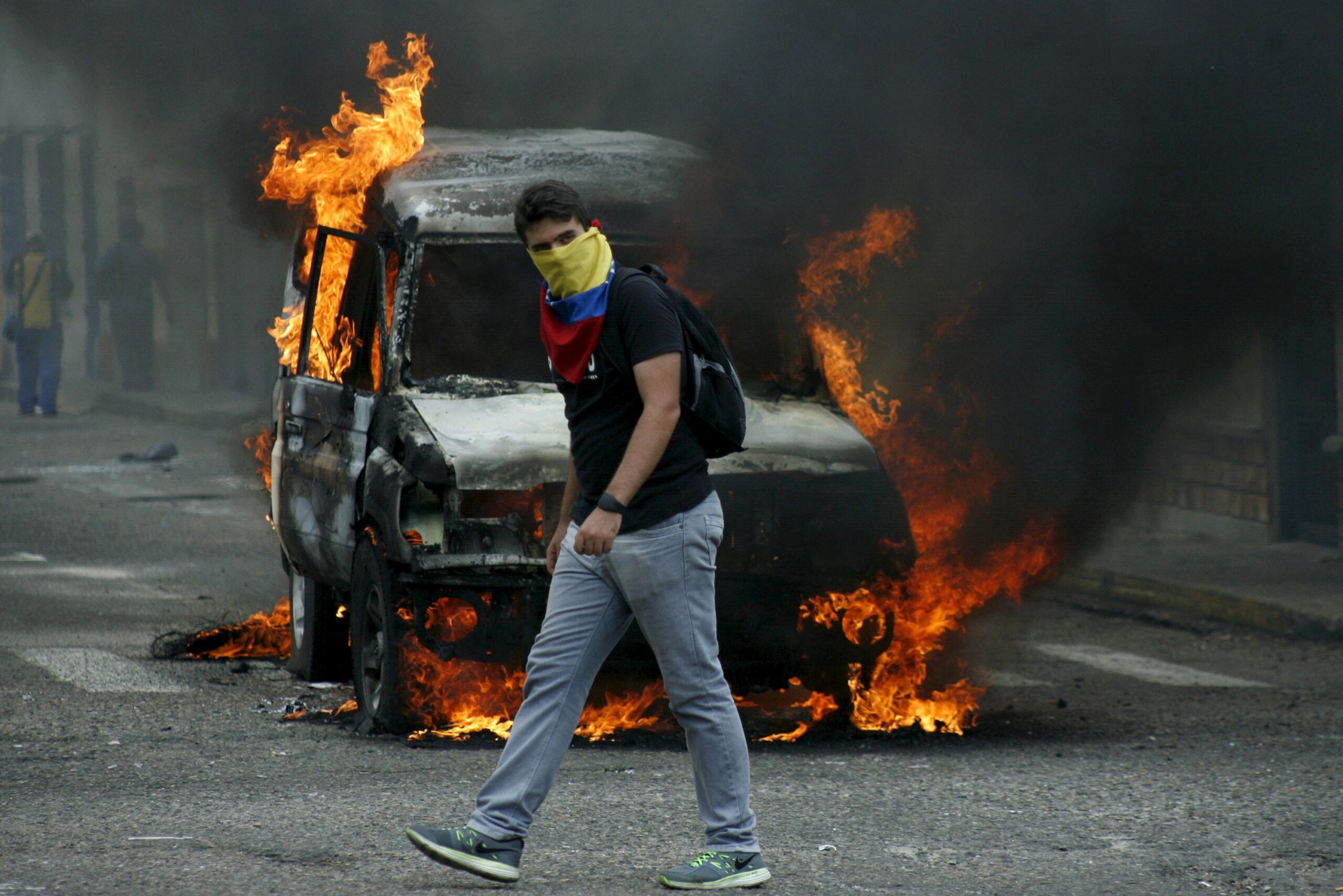 “It’s time for a coup in Venezuela.”

That statement appeared in Foreign Policy magazine on June 5, two weeks after Nicolás Maduro was re-elected as Venezuela’s president on May 20 in an election widely considered to be rigged.

José R. Cárdenas, the former Bush administration official who wrote it, argued that “the United States and its allies should lay the groundwork” for overthrowing Maduro because “nearly two decades of creeping authoritarianism and large-scale economic mismanagement have taken a staggering toll on Venezuelans.”

Venezuelans have endured acute shortages of food, medicine and other basic necessities since 2015, thanks in large part to Maduro’s mishandling of an economic crisis originally triggered by a drop in global oil prices.

Other responses to Maduro’s re-election were equally strong, if less extreme.

The United States and Europe tightened economic sanctions on the South American country, though they have so far stopped short of crippling the country entirely by sanctioning oil exports.

Our international relations analysis of Venezuela reveals five reasons why Maduro may hang onto power for quite a while.

Yet Maduro still commands more than enough state resources to avoid a coup. For years, the president has purchased the loyalty of Venezuela’s armed forces by giving the military loans and control over state-run enterprises.

The Ministry of Defense is now in charge of importing, producing, selling and distributing all food in Venezuela, for example. And in a country where people are starving, says retired Gen. Cliver Alcalá, the black market of “food is now a better business than drugs.”

Maduro has also stacked his cabinet with generals, personally investing them in his government’s survival. Currently, they lead nine of 33 national ministries.

Military officers suspected of plotting against Maduro have been jailed and tortured.

Just a few years ago, a powerful protest movement challenged the Maduro regime with daily demonstrations that involved hundreds of thousands of Venezuelans.

Brutally repressive tactics ended that. According to a recent report on human rights in Venezuela, police and other government forces killed 131 protesters between 2014 and 2017.

And since 2013, the Venezuelan security forces have arrested 12,000 citizens, executed 8,292 and tortured nearly 300 people. The report was written by a panel of independent international experts appointed by the Organization of American States and based on witnesses’ public hearings.

These actions amount to “crimes against humanity,” the report states, recommending that Maduro’s regime be investigated by the International Criminal Court at the Hague.

The United Nations made a similar recommendation in a June report on human rights violations there.

After years of violent repression, most people are now too afraid to protest.

The Maduro regime has neutralized almost all its domestic political opponents, too.

Maduro has also ensured that his Socialist Party stays in power by blacklisting and jailing opposition candidates, shutting down news outlets that report on the regime’s actions and offering food in exchange for votes.

And pro-democracy groups that receive foreign funding are now subject to prosecution on charges of “financing terrorism” under a 2012 anti-money laundering law. The controversial legislation has handicapped Venezuelan society’s ability to organize against the regime.

Scarcity itself is a now a tool of repression in Venezuela.

Due to hyperinflation, food shortages and high prices, 93 percent of the population does not earn enough to buy food, according to a 2017 study conducted in Venezuela. Venezuelans have lost, on average, 20 pounds since the country’s humanitarian crisis began in 2015.

Almost 1 million Venezuelans have fled hunger and repression by migrating to neighboring Colombia over the past two years. Another roughly 50,000 sought asylum in the United States. Eight hundred Venezuelan refugees cross the border into Brazil every day.

The Venezuelans who remain must devote hours every day just to finding food. Starvation and endless food queues do not leave much time or energy for political resistance.

A government like Maduro’s might not last long in, say, France, because neighboring countries and the European Union would exert sufficient diplomatic, political and economic pressure to punish the rogue regime for its actions.

Research shows that economic sanctions alone, such as those recently levied against Venezuela, rarely work to coerce governments into better behavior.

But international pressure can have some positive effect under two conditions. First, the target country must be heavily dependent on international economic exchange, without other strong allies. Second, the sanctions must be multilateral.

Neither condition is true of Venezuela.

The Organization of American States has tried for two years to expel Venezuela because it is no longer a democracy. But member countries like Ecuador, Bolivia and Nicaragua – all of which have strongman leaders allied with Maduro – oppose the initiative.

Even if the group did manage to suspend Venezuela, the move would be symbolic. Venezuela has already announced its own withdrawal from the Organization of American States, calling it “a colonial body at the service of Washington.”

In any case, its Latin American neighbors are not Venezuela’s main international financial partners. China and Russia are largely keeping Maduro’s bankrupt regime afloat by buying oil concessions and extending the repayment period on loans. If Latin America isolated Venezuela in an attempt to force political changes, Maduro would just increase his reliance on these two non-democratic regimes.

We know this assessment isn’t what millions of suffering Venezuelans will want to hear, but Maduro may hold on to power for quite some time.

Until and unless all these domestic and international sources of support run out, we believe an imminent transition to democracy in Venezuela is unlikely.