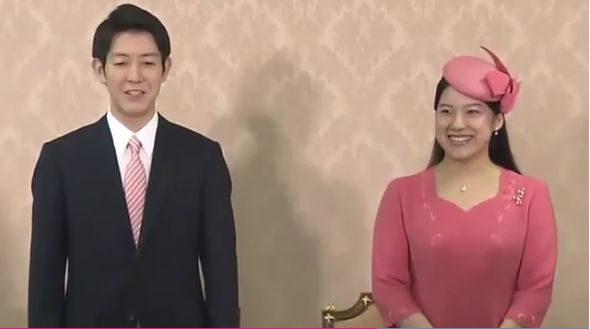 The Japanese Imperial Household Agency recently announced the forthcoming engagement of Princess Ayako, granddaughter of Emperor Akihito. Amidst the excitement of the engagement to Kei Moriya, she must also prepare to relinquish her status as a member of the Imperial family. Under Imperial Household Law, any female member of the royal family who chooses to marry a commoner must give up her place in the family.

The fairy-tale appeal of a real-life princess story is captivating, but at the same time, seems strange to those of us who have grown up in a nation without royalty. With all of the hubbub over Prince Harry’s recent marriage to Meghan Markle, we often forget that a surprising number of nations still have royal families. When something like an engagement reminds us of this fact, we are often left scratching our heads, wondering what royals do all day.

In monarchical nations, the royal family is largely symbolic, presenting an element of unity and stability. No matter how many times political power changes hands, the royal family persists as part of the nation’s daily life, representative of the people without being bogged down in the political quagmire. A monarch represents the nation they serve without the layer of partisanship that often accompanies the office of President or Prime Minister. In Japan, the Emperor represents the oldest continuous hereditary monarchy in the world, supposed to have been founded in 660 BC.

Is the Imperial Household Law that prevents Princess Ayako from staying in the family when she marries a relic of Japan’s ancient past? Well, not quite. The law is just over seventy-years old, dating back to the post-WWII reconstruction of Japan in 1947.

The middle of the twentieth century seems like an odd time to exclude women from the line of royal succession. And yet, with thirty-six women in US Congress, and Elizabeth II ascending to the throne of England, Japan made a sudden move in the opposite direction, tightening the requirements of an earlier, Prussian-based law from the late 1800s. What prompted this change?

Japan adopted the Imperial Household Law in an effort to reduce the financial strain of having an expansive imperial family, as well as to comply with certain requirements in their newly adopted US-written constitution. Among other things, the law downsized the family tree by removing the Shinoke and Oke branches, and adopted a model of agnatic succession, that is, male succession, excluding sons and grandsons of the emperor’s female descendants. The law also requires that any woman in the imperial family who marries a commoner must renounce her imperial status.

Unfortunately, these changes have backfired. Six princesses have renounced their status since 1947, and the ranks of the Imperial family have dwindled to nineteen, with only five male members, including the emperor himself. Prior to the birth of the Emperor’s grandson, Hisahito, in 2006, there was concern over the lack of a male heir. Some openly worried that unless a woman was allowed to ascend the throne, or the family tree was expanded, the twenty-first century would see the end of the 2000-year-old Imperial line.

As Imperial Household Law is brought into the spotlight again with the engagement of Princess Ayako, it brings with it some important questions about the evolving role of the Imperial family, as well as royalty in general. Historian Aron Paul has argued that the reason the British royal family has stayed relevant is that they have evolved to keep up with the times. Similarly, Emperor Akihito has changed the way that the Emperor interacts with his people, removing the shroud of mystery that once hung over the Imperial family.

Royals, unlike politicians, are not elected based on merit or popularity. They are born into their role, and spend their entire lives preparing to represent their nation’s past, as well as its future. With their distinctive status comes certain requirements and expectations to uphold national traditions and represent their culture. While it is possible to catch American politicians going for a run in bright red shorts, British royals are required to adhere to a dress code when they appear in public. Similarly, the Japanese Imperial Palace still has a silk worm nursery and a rice field, representative of their nation’s past, even though the Japanese economy no longer relies on either of these exports.

Like all royal families, the Japanese Imperial Household must maintain the difficult balance of preserving the traditions of the past, while remaining modern and relevant to their country. With the engagement of Princess Ayako, perhaps now is the time for Japan to ask themselves if Imperial Household law is a preservation of Japanese heritage, or part of more recent, culture-based changes? Prior to the 1900’s, Japan had eight female rulers. Would it be better representative of tradition if they did away with agnatic succession? Does a law need to be as old as the country itself in order to reflect a nation’s history and traditions, or does the presence of more recent traditions reflect the way that a nation has changed and adapted throughout history, enabling them to adapt more easily in the future?