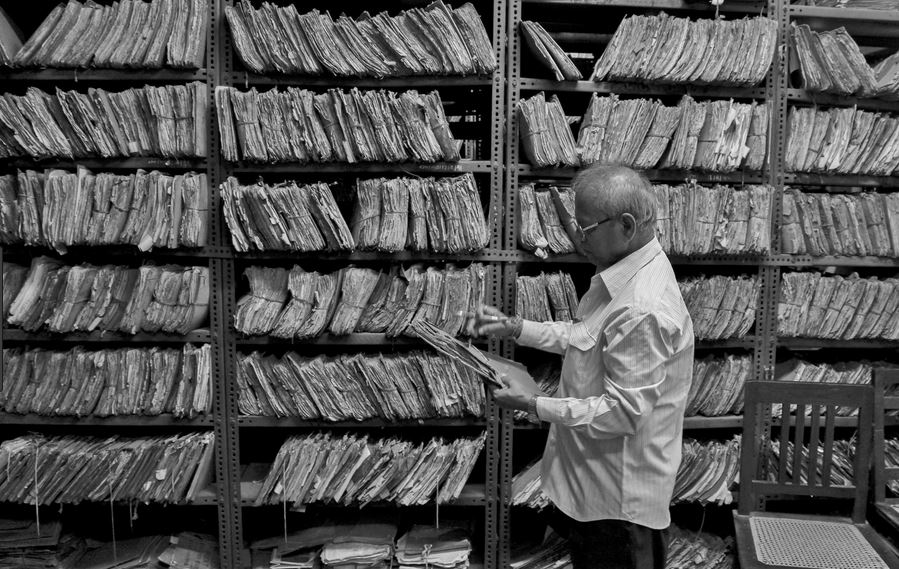 How else to account for the vaguely titled “Conclusion” to What’s Wrong with the World? In it, Chesterton reveals a very different frame of mind, maybe even a mind that was at its wit’s end.

Having read a newspaper account concerning the problem of lice in the poor districts of London, Chesterton put forth his own problem with the proposed solution. Apparently, school authorities and other assorted experts proposed to deal with the lice infestation by ordering all the school girls to have their hair cut short.

He continued by pondering what would be next. Might these same self-styled experts decide to order the twisting of necks, all the better to assure that the boys of the slums would have clean collars? Or perhaps both boys and girls might have their feet chopped down to size in order to be properly fitted for new boots.

Facetious or otherwise, Chesterton was just warming up in making his point. How often do experts try to solve problems in ways that strike them as thoroughly sensible when in fact their solutions are so obviously senseless?

Of course, these lice-control experts thought they were being eminently sensible. Because the immediate problem was lice, the immediate solution was to eliminate the hair in which lice were nesting. It all made perfect sense.

And today? What do some experts propose to do when young boys think they are young girls or vice versa? Some resort to surgery to make reality conform to a child’s thoughts and desires. One can only imagine Chesterton’s reaction to that venture into the absurd, courtesy of hand-held tools. If the wielding of scissors could provoke him as it did, one can only imagine what the wielding of knives and scalpels would have done.

Chesterton began this trek toward a boiling point by asking his readers to conjure an image of one little girl with long red hair. He then asked them to think about her father. It was entirely possible that he had neglected her hair. If so, a possible reason was poverty. Or perhaps he hadn’t neglected it at all.  Perhaps he found her strands of long red hair to be absolutely beautiful.

Chesterton did not pretend to know the answers to his questions. All he could know was that her hair was about to be slashed in the name of hygiene.

But she didn’t count. Nor did her parents. Chesterton then went on to speculate that her father might count—but only if he decided to lead a mob in opposition to the experts’ solution. If her father did so, Chesterton thought he would be acting for the most conservative of reasons.

A mob is conservative? In this instance, Chesterton thought so. And perhaps in more instances as well. After all, he concluded, it’s not likely that a mob can rebel “unless it is conservative, meaning until it has conserved reasons for rebelling.”

The prospect that experts would reduce the problem of lice to a problem of hair certainly put G.K. Chesterton in a rebellious mood.  In short order it also got him to thinking that efforts to save the long red hair of an “urchin in the poor districts of London” might one day set the modern world “on fire.”

Generally speaking, G. K. Chesterton, the self-proclaimed distributist, was more inclined to see himself as a reactionary, rather than a conservative.  (More on that later.)  But he certainly had no trouble coming up with conservative reasons for rebellious, even revolutionary, action. This reactionary defender of conservative rebellion also had no difficulty imagining, promoting, and defending a “just society.”  In such a society, no “little urchin with gold-red hair” would be forced to have her hair “cut short like a convict’s.”

Instead, he envisioned the day when “all the kingdoms of the earth shall be hacked about and mutilated to suit her.” After all, hers is the “human and sacred image.” In the name of preserving that image Chesterton posited that England would one day have a “just society,” a society in which “not one hair of her head shall be harmed.”

Should Mr. Chesterton be taken literally in all aspects of this “conclusion” to What’s Wrong with the World? Probably not. But the next time someone tells you that reactionaries and other assorted defenders of the family and private property don’t care about the poor invite them to read G. K. Chesterton’s final words in What’s Wrong with the World.