Social Security Has Not Been “Looted” 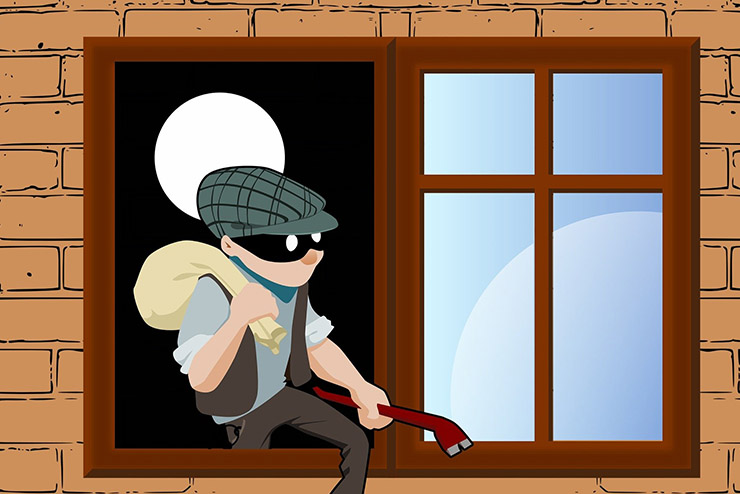 The newly released Social Security Trustees Report describes serious fiscal issues with the program and stresses that it should be reformed soon, or the situation will become much worse. However, public support for reform is impeded by a common fiction that inflames debate and distracts from the roots of the problem.

What the Report Says

The June 2018 Social Security Trustees Report states that under the Trustees” intermediate assumptions,” the program‘s ”total cost is projected to exceed its total income in 2018,” and trust fund reserves” will be ”depleted in 2034.”

As in previous reports, the trustees emphasize that ”necessary changes” to keep the program ”fully solvent” should be enacted ”sooner rather than later” so that ”more generations” share the burden of these changes and so they can be phased in ”gradually and give workers and beneficiaries time to adjust to them.” Procrastination will only worsen these burdens, and ”much larger changes would be necessary if action is deferred,”explain the trustees.

Roots of the Problem

The primary cause of Social Security‘s financial woes is that increasingly more people are receiving benefits from the program, while relatively fewer are paying into it. In 1960, 5.1 people worked and paid Social Security payroll taxes for every person who received benefits. This ratio has since declined to 2.8 to 1, and under the program’s intermediate projections, it will drop to 2.1 to 1 over the next 20 years:

Three major factors contributing to the falling ratio of taxpayers to benefit recipients are:

1. Increases in life expectancy without comparable increases in the retirement age. Since Social Security began paying benefits in 1940, the average time spent collecting old-age benefits has increased by 45% for males and 47% for females.

Despite these clear and dramatic changes that have undermined Social Security‘s finances, the vast majority of voters blame the program‘s problems on an imaginary cause.

Social Security Has Not Been Looted

In 2017, Just Facts commissioned a professional polling firm to conduct a scientific, nationwide poll of people who vote ”every time there is an opportunity”or in ‘most’  elections. While polls typically measure public opinion, this unique poll measured voters”knowledge of public policy issues that affect their lives in tangible ways.

Among the poll‘s 24 questions was this one: Do you think Social Security’s financial problems stem from politicians looting the program and spending the money on other programs? In total, 80%of voters replied ”Yes,” including 78% of Democrats, 83% of Republicans, and 80% of third-party voters.

Yet, concrete facts prove the correct answer is ”No.” In the words of Social Security‘s trustees, federal law prohibits expenditures from the Social Security Trust Fund for any purpose not related to the payment of benefits or administrative costs of the program. Hard numbers confirm this to be true. Social Security actuarial records show that the program‘s assets have increased or decreased by the difference between its receipts and expenditures in every year since its origin in 1937.

What some call ”looting” is actually a legal requirement (established in the original Social Security Act of 1935) that all of the program‘s surpluses be loaned to the federal government. Federal law compels the government to pay back this money with interest, and it hasÂ done this throughout the program’s history. In fact, since 2010, Social Security has been using interest received from the federal government to cover the shortfall between its expenses and non-interest income.

Social Security Is Not a Savings Program

Feeding the false belief that Social Security has been looted is the assumption that the program saves workers‘ money and later returns it to them. Thus, people suppose that any shortage of funds must be the result of looting.

However, Social Security is not structured as a savings plan, and it never has been. Instead, it mainly operates by taxing people who are currently working and giving this money to the aged and disabled. As explained by the National Academy of Social Insurance:

Social Security is largely a pay-as-you-go program. This means that today‘s workers pay Social Security taxes into the program and money flows back out as monthly income to beneficiaries. As a pay-as-you-go system, Social Security differs from company pensions, which are ”pre-funded.” In pre-funded retirement programs, the money is accumulated in advance so that it will be available to be paid out to today’workers when they retire.

The money you pay in taxes is not held in a personal account for you to use when you get benefits. Your taxes are being used right now to pay people who now are getting benefits. Any unused money goes to the Social Security trust funds, not a personal account with your name on it.

Once again, hard data from the program confirms the statements above. From the start of Social Security in 1937 through the end of 2016, 94% of all Social Security payroll taxes were spent in the same year they were collected.

Again, per the Social Security Administration:

Since the Social Security system has not accumulated assets equal to the liability of promised future benefits, the social security wealth that individuals hold represents a claim against the earnings of future generations rather than a claim against existing real assets.

After the federal government pays back with interest all of the money it has borrowed from Social Security, the program’s current claim against the earnings of future generations isÂ $30.8 trillion. This amounts to an average ofÂ $132,914 for every person now receiving Social Security benefits or paying Social Security payroll taxes.

In sum, Social Security is not a savings plan but a government social program that provides benefits to the aged and disabled mainly by taxing people who are working. Some upshots of this reality are that certain people get nothing from Social Security after paying taxes for their entire working lives, while others receive far more from the program than they pay in taxes.

Certain legislators have sponsored bills to give Social Security an element of personal ownership like many other countries, but Congress has not taken any action on them.

Social Security Has Been Boosted

Contrary to the fable that politicians have taken money from Social Security, they have actually added money to it by:

2. Leveling a tax on the Social Security benefits of individuals with incomes of more than $25,000/year and funneling these taxes back into the program.

3. Transferring money to Social Security from the general fund of the U.S. Treasury, which is funded by personal income taxes, corporate income taxes, excise taxes, estate and gift taxes, and other receipts.

For example, workers who earned average wages and retired at the age of 65 in 1980 recovered the value of their payroll taxes (including interest) after 2.8 years of receiving benefits. For workers who retired in 2003, it will take 17.4 years. For workers who will retire in 2020, it will take 21.6 years. This assumes Social Security will have enough money to pay scheduled benefits for this entire period, which it is not projected to have.

Many want to ”fix”Social Security by leveling more taxes on high-income workers, but this has been done before. Adjusted for inflation, the maximum annual payroll tax per person is now 8.7 times higher than the federal government promised it would ever be when it enacted the program. And per a Congressional Budget Office report on Social Security, ”over their lifetimes” most high earners re