Soaring Administrative Costs Are Devouring Funds that Could Be Supporting Teachers 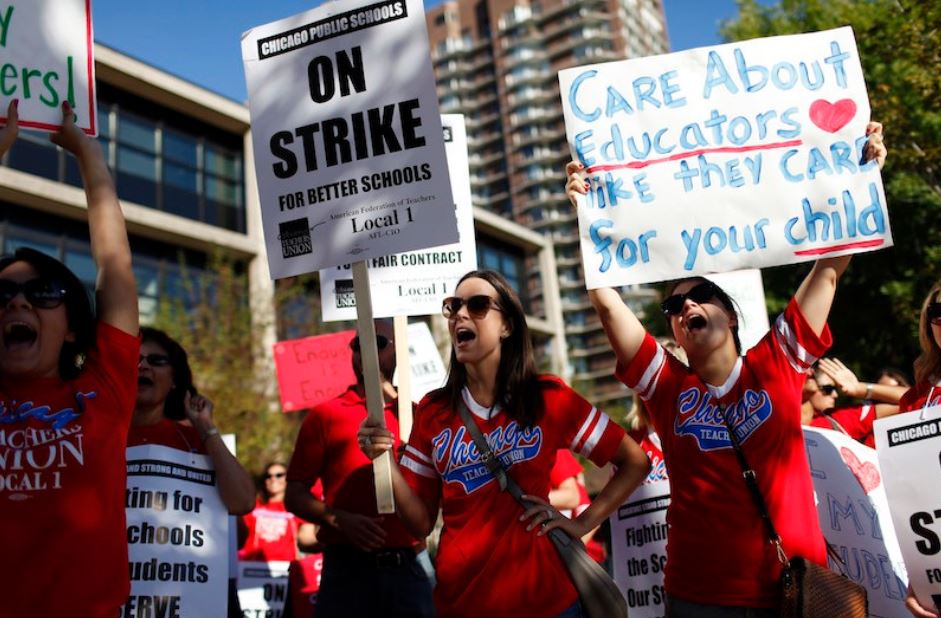 While teachers have walked off their jobs in several states this spring to protest what they believe to be low pay and lack of classroom resources to support teaching, armies of bureaucrats in all 50 states and Washington, DC have been bickering over federally mandated state plans for implementing the massive Every Student Succeeds Act (ESSA).

While these might seem to be disparate happenings within the vast education world, they are connected: They both relate to money and the manner of its distribution within a broken public education system.

In a May 1 Facebook posting, the reform organization EdChoice (which promotes the parental choice that teacher unions abhor) gave a surprising, though qualified, endorsement of the teacher activism: “Teachers are fed up and rightfully so. They deserve raises, but hiking taxes isn’t necessary to do it in many states.”

EdChoice cited U.S. Department of Education data showing that over the past decade, average public school teacher pay declined 2 percent while overall public school spending climbed 27 percent. The most glaring disconnect is during these years, school administrators were growing the ranks of their non-teaching staff by 45 percent.

The increase in non-teaching staff is in large part due to the impact of federal education laws like ESSA and the Higher Education Act, which specify the compliance hoops through which school districts and universities must jump to receive federal aid. To qualify, these education institutions must hire compliance specialists—battalions of them—to be sure reams of paperwork are complete to Washington’s satisfaction.

Although ESSA is supposed to accord states more flexibility than did its predecessor, No Child Left Behind, the reality is states still must submit their detailed plans for standards and accountability to the U.S. secretary of education, who can insist on revisions. The process diverts to bureaucracy money that could help with teaching and learning.

An independent audit of federal compliance costs would be a mammoth but potentially useful undertaking, but lacking that, there are data from state-level studies that illustrate just how many federal tax dollars are being invested in building and sustaining bureaucracy.

In Wisconsin, for instance, the Badger Institute reported federal money pays the salaries of about one-half of the state’s education department staff. Interestingly, two of the divisions most heavily funded by the feds are Learning Support (59 of 69 full-time-equivalent staffers federally paid) and School and Student Success (68 out of 87).

It stands to reason few, if any, of these officials would be advocating for cutting back federal involvement in K–12 education.

In 2015, an analysis of spending at Vanderbilt University in Nashville found the private university spends $150 million per year—11 percent of its total budget—on compliance with federal regulations. That averages out to be an additional $11,000 per year in tuition for each of Vanderbilt’s students.

In addition, a Vanderbilt study of a sample of 13 institutions from across the country estimated costs to higher education of staying in compliance with the labyrinth of federal regulations at approximately $27 billion per year.

As grassroots teachers advocate for ways to direct more resources into classroom teaching, they would be wise to examine ways to combat one of the biggest drains of money earmarked for education: the federal education establishment. They might find they have more in common with conservative critics of federalization of schooling than they do with their teacher union leaders, who continue to demand more of the incredibly wasteful programs run out of Washington, DC.

This article has been reprinted with permission from The Heartland Institute.