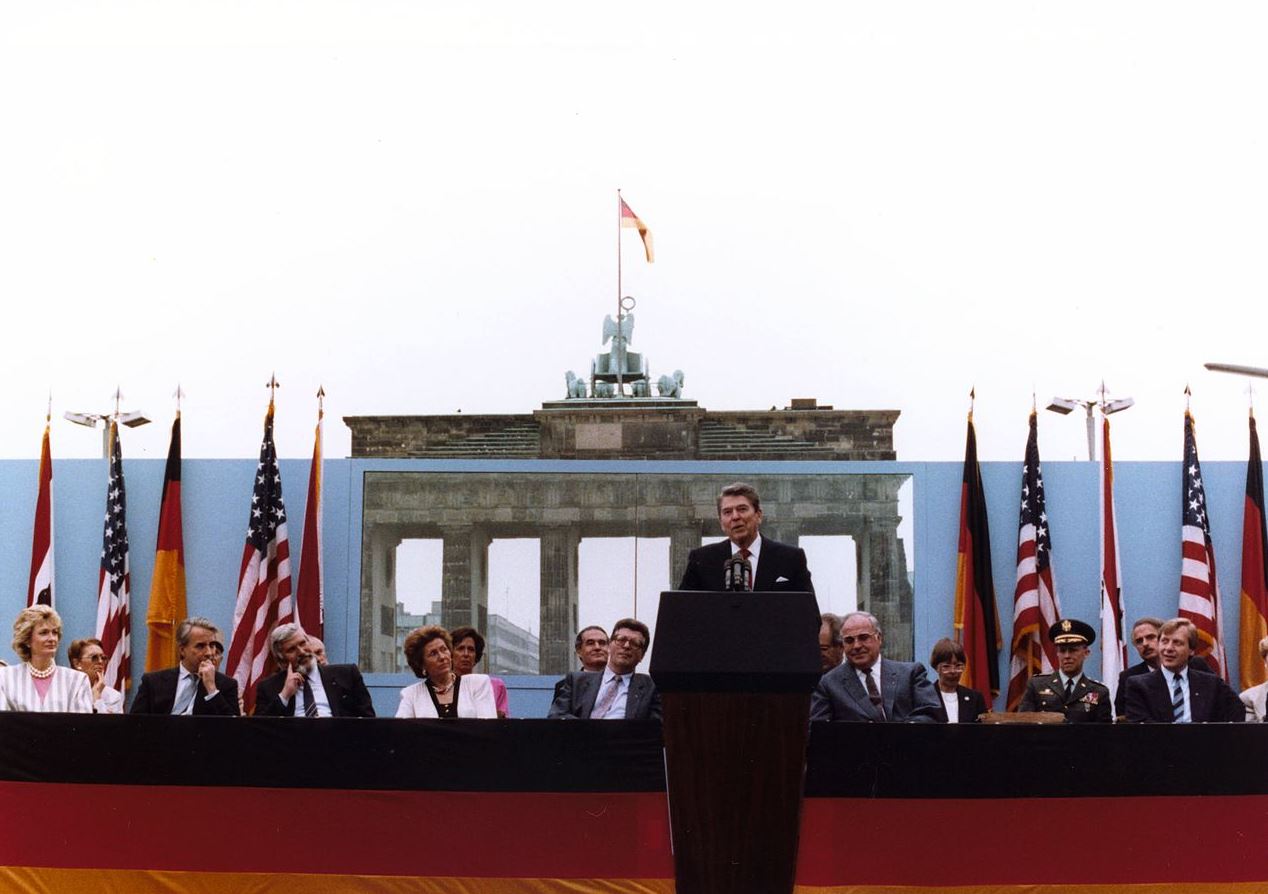 On this day (June 12) President Ronald Reagan gave what is probably his most famous and influential speech — the “Berlin Wall speech” — at the Brandenburg Gate in West Berlin, Germany on June 12, 1987. It was in this speech (at about 12:00 in the video below) that Reagan made his famous and history-changing demand “Mr. Gorbachev, tear down this wall!” That statement and speech helped changed the course of history, and there’s even an entire Wikipedia entry for Reagan’s famous phrase “Tear Down This Wall!”

According to the Wikipedia entry, “The speech was also a source of considerable controversy within the Reagan administration itself, with several senior staffers and aides advising against the phrase, saying anything that might cause further East-West tensions or potential embarrassment to Gorbachev, with whom President Reagan had built a good relationship, should be omitted. American officials in West Germany and presidential speechwriters, including Peter Robinson, thought otherwise.” Here’s the full passage of what preceded Reagan’s famous line:

We welcome change and openness; for we believe that freedom and security go together, that the advance of human liberty can only strengthen the cause of world peace. There is one sign the Soviets can make that would be unmistakable, that would advance dramatically the cause of freedom and peace. General Secretary Gorbachev, if you seek peace, if you seek prosperity for the Soviet Union and Eastern Europe, if you seek liberalization, come here to this gate. Mr. Gorbachev, open this gate. Mr. Gorbachev, tear down this Wall!

Less than two years after Reagan’s Berlin Wall speech in 1987, the Berlin Wall did fall unexpectedly on November 9, 1989. Peter Jennings described it in this ABC news report as “perhaps the most important announcement made in Central Europe since the end of World War II, certainly since the wall went up in 1961.”

This article has been republished with permission from American Enterprise Institute.