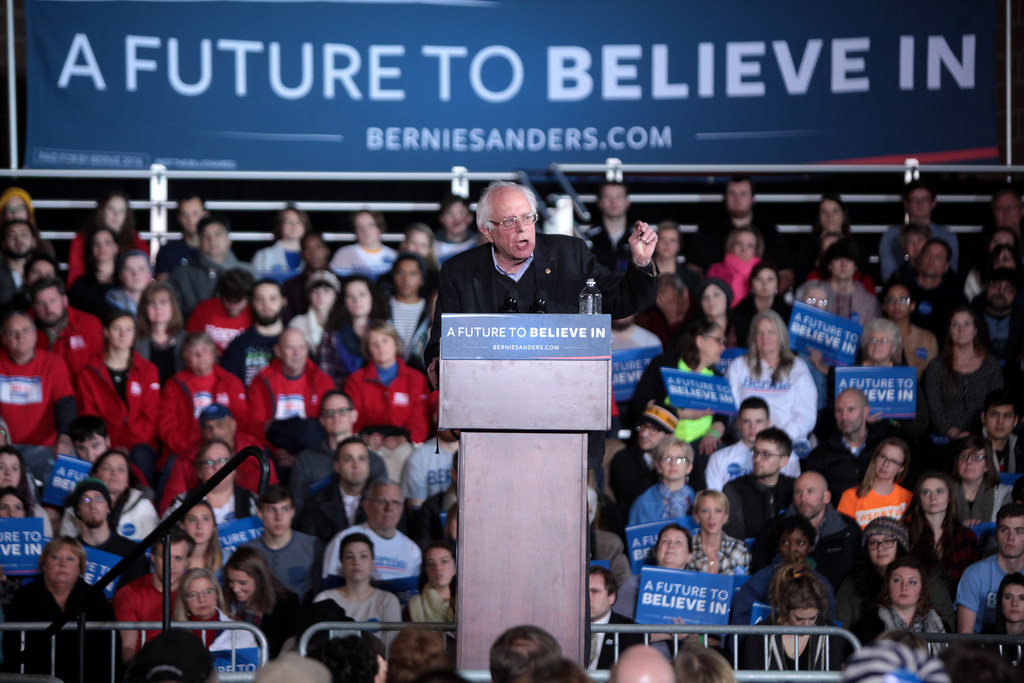 A recent story in the New York Times discussed the increasing willingness of political candidates in the United States to run as socialists. Times reporter Farah Stockman wrote that the Democratic Socialists of America (DSA) is surging, even in conservative-leaning states. “Since November 2016, DSA’s membership has increased from about 5,000 to 35,000 nationwide,” Stockman wrote. “The number of local groups has grown from 40 to 181, including 10 in Texas. Houston’s once-dormant chapter now has nearly 300 members.”

Franklin Bynum, a 34-year-old attorney, avowed socialist, and DSA member, won the Democratic nomination for criminal court judge in Houston. At least 16 other socialists appeared on the ballot in primary races across Texas.

Many of the candidates and much of the support come from millennials, the largest generation of Americans in history. In part, millennials’ attraction to socialism can be traced back to Occupy Wall Street and the 2016 presidential campaign of Senator Bernie Sanders, a self-described socialist. These well-publicized movements emphasized inequalities in income, access to capital, criminal justice, healthcare, childcare, access to education, and housing affordability. Amy Zachmeyer, a 34-year-old union organizer who helped restart the Houston DSA chapter said that socialism “resonates with millennials who are making less money than their parents did, are less able to buy a home, and drowning in student debt.” Millennials’ attraction to socialism is reflected in surveys.

A 2016 survey of 18- to 29-year-olds by Harvard’s Institute of Politics found that 16 percent self-identified as socialists, while 33 percent supported socialism. Only 42 percent supported capitalism, while 51 percent did not. Another survey in 2017 found that 51 percent of millennials identified socialism or communism as their favored socioeconomic system. Only 42 percent favored capitalism. Jorge Roman-Romero, 24, who leads a new DSA chapter in Tulsa, Oklahoma, said, “It’s not a liability to say that anymore,” referring to calling oneself a socialist candidate.

Frances Reade, 37, is vice chairwoman of the East Bay DSA chapter in the San Francisco Bay Area, which has about 1,000 members. She enjoys the free evening classes, known as “socialist school,” where they read and discuss political texts including Karl Marx. But it is doubtful that this Marxist night school is reading about the true history of socialism and communism in practice, which has brought more human suffering and death to the world than any other socioeconomic system.

For example, DSA chapters should read “Can There Be an ‘After Socialism’?” by University of Pennsylvania history professor Alan Charles Kors, which tells the story of socialism that Bernie Sanders and the Democratic Socialists of America won’t tell and that millennials don’t hear. Here is an extended excerpt:

The goal of socialism was to reap the cultural, scientific, creative, and communal rewards of abolishing private property and free markets, and to end human tyranny. Using the command of the state, Communism sought to create this socialist society. What in fact occurred was the achievement of power by a group of inhumane despots: Lenin, Stalin, Mao Tse-tung, Kim Il Sung, Ho Chi Minh, Pol Pot, Castro, Mengistu, Ceausescu, Hoxha, and so on, and so on . . .

No cause, ever, in the history of all mankind, has produced more cold-blooded tyrants, more slaughtered innocents, and more orphans than socialism with power. It surpassed, exponentially, all other systems of production in turning out the dead. The bodies are all around us. And here is the problem: No one talks about them. No one honors them. No one does penance for them. No one has committed suicide for having been an apologist for those who did this to them. No one pays for them. No one is hunted down to account for them. It is exactly what Solzhenitsyn foresaw in “The Gulag Archipelago”: “No, no one would have to answer. No one would be looked into.” Until that happens, there is no “after socialism.”

The West accepts an epochal, monstrous, unforgivable double standard. We rehearse the crimes of Nazism almost daily, we teach them to our children as ultimate historical and moral lessons, and we bear witness to every victim. We are, with so few exceptions, almost silent on the crimes of Communism. So the bodies lie among us, unnoticed, everywhere. We insisted upon “de-Nazification,” and we excoriate those who tempered it in the name of new or emerging political realities. There never has been and never will be a similar “de-Communization,” although the slaughter of innocents was exponentially greater, and although those who signed the orders and ran the camps remain. In the case of Nazism, we hunt down ninety-year-old men because “the bones cry out” for justice. In the case of Communism, we insisted on “no witch hunts”—let the dead bury the living. But the dead can bury no one.

Therefore the dead lie among us, ignored, and anyone with moral eyes sees them, by their absence from our moral consciousness, spilling naked out of the television and movie screens, frozen in pain in our classrooms, and sprawled, unburied, across our politics and our culture. They sit next to us at our conferences. There could not have been an “after Nazism” without the recognition, the accounting, the justice, and the remembrance. Until we deal with the Communist dead, there is no “after socialism.”

To be moral beings, we must acknowledge these awful things appropriately and bear witness to the responsibilities of these most murderous times. Until socialism—like Nazism or fascism confronted by the death camps and the slaughter of innocents—is confronted with its lived reality, the greatest atrocities of all recorded human life, we will not live “after socialism.”

It will not happen. The pathology of Western intellectuals has committed them to an adversarial relationship with the culture—free markets and individual rights—that has produced the greatest alleviation of suffering; the greatest liberation from want, ignorance, and superstition; and the greatest increase of bounty and opportunity in the history of all human life.

This pathology allows Western intellectuals to step around the Everest of bodies of the victims of Communism without a tear, a scruple, a regret, an act of contrition, or a reevaluation of self, soul, and mind….

The bodies demand an accounting, an apology, and repentance. Without such things, there is no “after socialism.”

In a 1989 interview, Sanders said: “Socialism has a lot of different messages to different people. I think the issue of socialist ideology and what that meant or means is not terribly important.” Perhaps it’s not important to Sanders, but it was to the tens of millions of people who died at the hands of socialists or who currently toil under such regimes in Kim Jong-un’s North Korea and Nicolás Maduro’s Venezuela.

A 2014 United Nations report on North Korea listed the conditions that ordinary citizens face in North Korea: “extermination, murder, enslavement, torture, imprisonment, rape, forced abortions and other sexual violence, persecution on political, religious, racial, and gender grounds, the forcible transfer of populations, the enforced disappearance of persons and the inhumane act of knowingly causing prolonged starvation” (p. 14). Two million to three million people are believed to have starved to death in North Korea in the 1990s, including “deliberate starvation” of political prisoners.

Venezuela’s government has practiced socialism since 1998. The result is an annual inflation rate today of 9,000 percent, an economy that shrinks 15 percent annually, empty shelves, crushing poverty, a fleeing population (10 percent of the population has emigrated), 12 percent of children under five suffer from malnutrition and a socialist president who prohibits outside aid, even from the Vatican. At the recent FEEcon 2018 conference in Atlanta, a young violinist from Venezuela, Wuilly Arteaga, talked about being beaten by government agents for publicly opposing his country’s despotic government.

Bernie Sanders and members of the Democratic Socialists of America choose to “step around the Everest of bodies . . . without a tear, a scruple, a regret, an act of contrition, or a reevaluation of self, soul, and mind.” By giving socialism and communism intellectual cover and acceptability, Sanders and the DSA help to hide the bodies and hide the truth from millennials, who have few memories of the atrocities and are likely unaware of socialism’s full record. Rather than being a Utopia, socialism and communism in practice create a hell on earth.

This article was reprinted with permission from The Independent Institute.