Why People in the UK (and U.S. Media) Should Go Back and Read John Milton’s ‘Areopagitikos’ 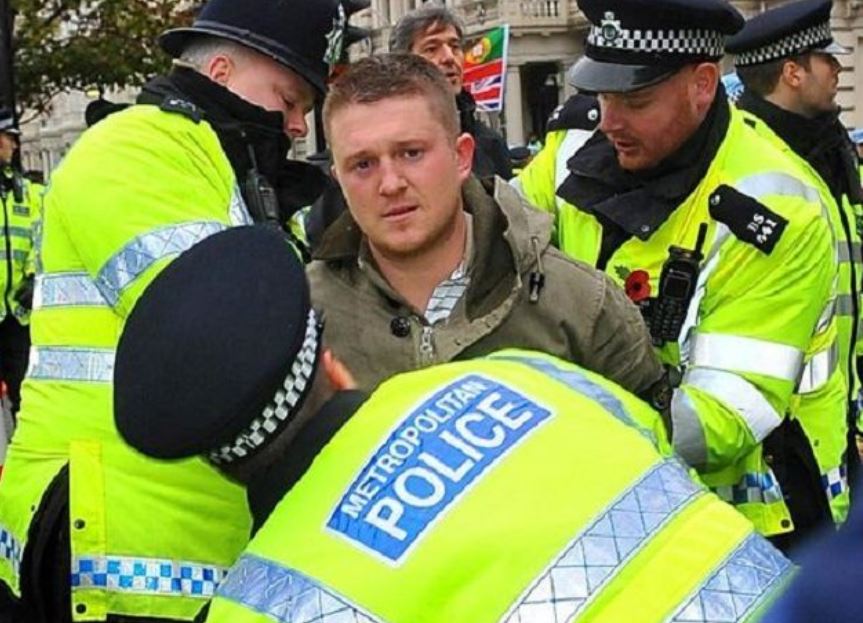 In 1559, early in the reign of Queen Elizabeth, England passed the 51st of the Injunctions Concerning Religion, which provided that no book in any language could be published without a license.

Naturally, licenses were provided by powerful persons: the queen, the Archbishop of Canterbury, the Bishop of London, a handful of select members of the queen’s privy council, the chancellors of Oxford and Cambridge, or a high religious official of the place of publication. (School texts and a few classics were exempted from the injunction).

England’s suppressive law stood for nearly a century and a half. But before it was struck down it inspired arguably the most passionate philosophical defense of free speech ever written: John Milton’s Areopagitica (1644).

Written two decades before publication of Milton’s magnum opus Paradise Lost (1667), Areopagitikos (Greek: ??e?pa??t????) is a full-throated polemic that champions human reason, intellectual freedom, and self-determination. In the speech, which was distributed as a pamphlet, Milton argues that the free flow of ideas and information is necessary to a free society.

“… as good almost kill a Man as kill a good Book; who kills a Man kills a reasonable creature, Gods Image; but hee who destroyes a good Booke, kills reason it selfe,” Milton wrote. “Give me the liberty to know, to utter, and to argue freely according to conscience, above all liberties.”

Milton’s Areopagitica is considered a literary and philosophical cornerstone of Western civilization. It has been cited by the U.S. Supreme Court no less than four times. It was cited by Ben Franklin, Thomas Jefferson, Alexander Hamilton and other American Founders against the punitive libel laws enforced by the British Crown. Its breath fills the U.S. Constitution.

“Its basic principle was the right and also the duty of every intelligent man as a rational being, to know the grounds and take responsibility for his beliefs and actions. Its corollary was a society and a state in which decisions are reached by open discussion, in which the sources of information are not contaminated by authority in the interest of party, and in which political unity is secured not by force but by a consensus that respects variety of opinion.”

I bring all this up, of course, because of the horror unfolding in the United Kingdom.

A UK man named Stephen Yaxley-Lennon, better known by the pseudonym Tommy Robinson, recently was sentenced to 13 months in jail after publishing on social media a livestream video of defendants entering a court of law. Robinson, an anti-immigration activist, was attempting to bring attention to the case, which centers on rape and trafficking charges against 29 defendants (almost all of whom are Muslim) accused of participating in a “grooming gang” that systematically raped non-Muslim children.

That Robinson was promptly arrested, tried, sentenced and whisked off to jail for streaming a video he was shooting on public property is astonishing. But even more astonishing is the fact that the judge in the case, one Geoffrey Marson, ordered that media not be allowed to report Robinson’s name or details of his imprisonment.

Marson, with a straight face one presumes, ordered Robinson’s imprisonment and the media blackout while extolling the importance of free speech.

“I respect everyone’s right to free speech. That’s one of the most important rights that we have,” Marson said. “With those rights come responsibilities. The responsibility to exercise that freedom of speech within the law.

Marson said his action was necessary to ensure the integrity of the jury. This is strange because Robinson’s arrest appears to come as the verdict is being reached. (Either way, Marson’s action was one of the all-time backfires. Robinson’s arrest is perhaps the biggest story in the world now.)

That Marson would make such a claim is not surprising. What’s surprising is that most media have adopted the position that this is about contempt of court, not free speech. In fact, judging from headlines, one would think that not secretly imprisoning people for covering a trial is a right-wing idea.

Take a look at a snapshot of Google headlines.

Yes, it’s a balancing act. But Robinson’s clandestine arrest, as well as other strong-arm actions taken before it, show the UK no longer gives meaningful weight to free speech.

More ominous for Americans, Western media outlets—who should be the vanguard of free speech—seem more concerned with Robinson’s immigration politics than a judge ordering him secretly jailed. (This short TIME magazine article, for example, uses the word “far-right” 11 times.)

Media and the people of the United Kingdom alike should go back and read Milton’s Areopagitikos.

“And though all the windes of doctrin were let loose to play upon the earth, so Truth be in the field, we do injuriously by licencing and prohibiting to misdoubt her strength,” Milton tells us. “Let her and Falshood grapple; who ever knew Truth put to the wors, in a free and open encounter.”

America’s Founding Fathers were wise enough to enshrine free speech in its constitutional fabric. But Tommy’s Robinson’s imprisonment reveals that free speech no longer holds the exalted status it once did in the Western world. That should concern us all.