Is Justice a Matter of Truth or Power? 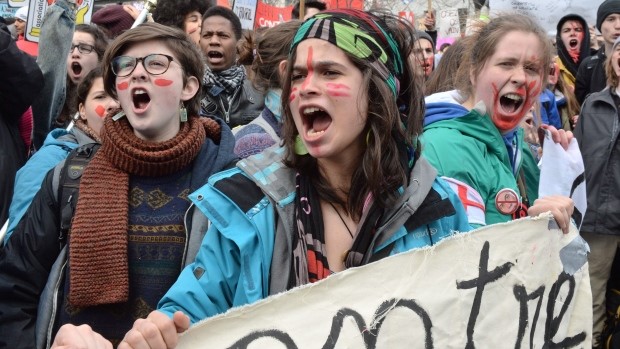 In the first book of the Republic, Plato shares a conversation between Socrates and Thrasymachus, a Sophist orator, that touches on the nature of truth, justice, and law.

“I proclaim that justice is nothing but the interest of the stronger,” Thrasymachus tells Socrates. He continues:

“…the different forms of government make laws democratical, aristocratical, tyrannical, with a view to their several interests; and these laws, which are made by them for their own interests, are the justice which they deliver to their subjects, and him who transgresses them they punish as a breaker of the law, and unjust. And that is what I mean when I say that in all states there is the same principle of justice, which is the interest of the government; and as the government must be supposed to have power, the only reasonable conclusion is, that everywhere there is one principle of justice, which is the interest of the stronger.”

The claim that justice is “nothing but the interest of the stronger” is a cynical one, but one Thrasymachus repeats again and again in his long discourse with Socrates. One senses early on that Socrates does not agree with this view of justice, and through a series of questions he traps a “blushing” Thrasymachus into conceding that justice was not an arbitrary precept established by the state but an eternal idea that embodies “virtue and wisdom.”

The conversation is surprisingly relevant today. The American Founders, like Socrates, believed that justice consisted of more than “might is right.” The U.S. system is built on, one could say, a Socratic vision of justice: natural law. (The Founders did not, unfortunately, establish a perfectly just system.)

Natural law (Latin: ius naturale, lex naturalis) is a moral theory which asserts that rights exist apart from the state. They are “inherent by virtue,” bestowed by a transcendent power, and cannot be justifiably abrogated. Natural law rests on the idea that objective truth exists and humans can ascertain it.

The Nuremberg Trials, which were spurred by indictments on Oct. 18, 1945, against some twenty individuals for crimes against humanity during World War II, were in a way a triumph of natural law theory. Prosecutors successfully argued that German military and political officers such as Goring, Jodl, Keitel, and Frick violated natural law while serving the German war machine—even if their actions were technically legal under German law.

The prosecutors’ arguments echoed those of William Blackstone, who touched on the supremacy of natural law in 1765 in his Commentaries on the Laws of England:

“This law of nature, being co-eval with mankind and dictated by God himself, is of course superior in obligation to any other. It is binding over all the globe, in all countries, and at all times: no human laws are of any validity, if contrary to this.”

This view clearly runs counter to the views of Thrasymachus, who asserts that justice is purely a matter of power. In his book The Great Ideas, Mortimer Adler explained how radically different these conceptions of justice are.

“[If] one takes the view of natural justice, one can say that one of these two conflicting parties is in the right and the other wrong. And then as between the states there is a measure of rightness and wrongness. But if one takes the second view that only might makes right, then the struggle of the East and the West, if you will, of the democracies and communism, or the democracies and the totalitarian countries, is merely a struggle of power. The only final arbitration of this is might. The only measure of who is right will be by who wins in the struggle.”

One reads these words from Thrasymachus and Adler—power, struggle—and another famous thinker leaps to mind: Karl Marx. Marx, of course, saw history as little more than a record of “class antagonisms.” In the Communist Manifesto, he openly scorns “eternal truths, such as Freedom, Justice, etc.” Like Thrasymachus, Marx sees a “might is right” world.

The ideas of Marx and Thrasymachus found a home in the Frankfurt School, the school from which critical theory was born. Like Marx, critical theory philosophy rejects the idea of justice because it rejects the existence of truth. Justice is essentially a matter of power; “truth” is merely a social construct.

Critical theory is relevant because, as Uri Harris explains at Quillette, it is the ideology that underpins social justice doctrine, a powerful movement in U.S. politics that uses shame to seek the redistribution of wealth, opportunities, and privileges within a society. Social justice advocates point to the bloody and oppressive parts of American history as evidence that traditional conceptions of American justice are farcical.

Lee does not here reference Thrasymachus, but he presents a conception of justice that is similar to the Sophist’s idea that justice is primarily “the interest of the stronger.”

One can see how one’s philosophical understanding of justice is likely to shape one’s politics and ideas on the proper role of government.

If one sees justice as an idea linked not to truth but to power, as Marx argued and social justice advocates maintain today, then he is far likelier to believe that a just society can only be reached by taking wealth, privilege, and power from groups who have more of it and giving it to those who historically have had less of it—such as people of color, women, and people in the LGBTQ community.

If one believes that objective truth exists and humans can ascertain that truth to create a (mostly) just society, they will be more inclined to support the prevailing American system, which rests on natural law and isonomy (“equality of law”).

So if you want to glean insight into someone’s mind and politics, ask them about justice. Ask them if it is an idea embedded in truth, or one determined by power. If their answer is similar to that of Thrasymachus, it probably will tell you a lot about their moral and political ideas.