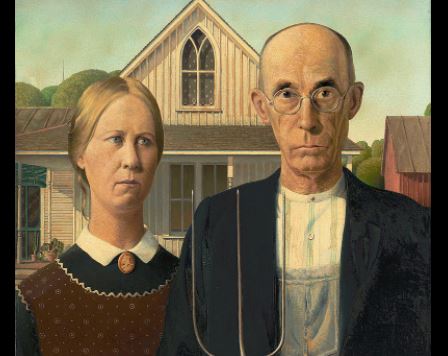 G.K. Chesterton’s thoughts on the differences between the sexes did not begin and end with the issue of the vote.  Far from it.  As he saw it, the differences were much more profound and much more mysterious than that.

Were these differences rooted in biology or in something else?  Was it a matter of nature or nurture?  Chesterton did not claim to know.  Nor did he care to try to answer such unanswerable questions.  Instead he directed his readers’ attention to something called tradition.

Of course, tradition must be a matter of nurture, mustn’t it?  Once again, Chesterton preferred to look at life, rather than attempt to explain the unexplainable.

He also preferred to focus on the “average man” and the “average woman,” all the while, without formally saying so, knowing that there are always going to be exceptions.  Those no doubt would be the exceptions that proved the rule.

There is a chapter in What’s Wrong with the World that has a very strange, even mysterious, title.  OK, there is more than one. But this one is stranger than is usually the case.  Early in his treatment of “Feminism, or the Mistake About Woman” is a chapter titled “The Universal Stick.”  Actually, he might have chosen “the universal fire” or “the universal woman.”

So, just what was his point?  A stick, like a fire, serves many purposes and has many functions.  It is a “crutch and a cudgel; an elongated finger and an extra leg.”

And a fire?  Chesterton detected a “queer fancy” afoot that fires simply exist to warm people.  And so they do.  But is that it?  Chesterton reminds us that they are also glowing away to “light their darkness, to raise their spirits, to toast their muffins . . .”  And on the list goes.

Well, Chesterton’s understanding of tradition has it that his “average woman” is a “universal stick,” while his “average man” is not.  Instead, the man is reduced to being a “specialist” of one sort or another.  According to Chesterton (and something called tradition), it has been “generally true” (but not universally true) that man has been a specialist “from the first hunter to the last electrical engineer.”  Therefore, man has been required “not merely to act, but to excel.”  Every hunter had to be the very best hunter that he could be.  And every electrical engineer has had to be a “very electrical engineer or he (will be) outstripped by engineers yet more electrical” than he.

Given the requirement that he be a specialist, the average man is in no position to be a universalist.  Tradition demands that he “not only . . . learn one trade, but . . . learn it so well as to uphold him in a more or less ruthless society.”

Of course, Chesterton’s average man was not only about the business of upholding himself.  In all likelihood, he was upholding a family as well.  Why had things worked out that way?  Maybe something as mysterious as tradition had something to do with it.  After all, where did the family come from?  Chesterton often noted that the family is older than the state.  It may even be older than tradition.

Now it’s Chesterton’s turn to ask a question that cannot be answered:  Who decided that it was not a good idea that all of mankind be monomaniacal?  Chesterton’s answer was, guess what, tradition.  Is there a better one?

Chesterton proceeds to follow those thoughts with another improbably titled chapter, “The Emancipation of Domesticity.”  Clever?  To be sure.  Wise?  Perhaps.  While it’s possible that readers of his day would not find such a title improbable, modern readers will likely find it not just improbable, but utterly incomprehensible.

For Chesterton, domesticity was emancipating because in “every center of humanity” (which is to say in every family) there should be one person who operates “upon a larger plan,” one person who never “gives her best,” but always “gives her all.”

That “her” does give things away, doesn’t it?  But notice what’s missing in all of this.  There is not so much as a hint from Chesterton here, or in any of his writings on the family and domesticity, that the woman is oppressed.

If anyone is oppressed in this story, it is the man.  That would be Chesterton’s “one-idead man,” who is also a “one-weaponed man.”  Thus unarmed, he is invariably going to find himself “flung naked into the fight.”  And into the work place as well.  After all, that place can be a very oppressive place.

Today we are all in danger of becoming “one-weaponed” people.  In Chesterton’s day it was most often the man who found himself trudging away from the home to give his best, whether in offices or factories in Chesterton’s England.  Therefore, it was the man who was most likely to be oppressed.

The truth of the matter is that most jobs, each of which requires us to “do our best,” are not terribly liberating jobs, whatever and wherever they happen to be.  This is true, by the way, for both men and women.

Chesterton certainly thought that this was the case.  He also agreed with those feminists who opposed the “shameful tyranny” to be found in those offices and factories of England where men and increasing numbers of women were doing their best to give their best.  But something very important still separated G. K. Chesterton from those feminists, some of whom were women and some of whom were not.  What he saw very clearly was that all feminists were bent on destroying “the womanhood,” while he was out to destroy “the tyranny.”