Dystopia Has Arrived in America. But Its Horrors Are Covered in a Cosmetic Veneer 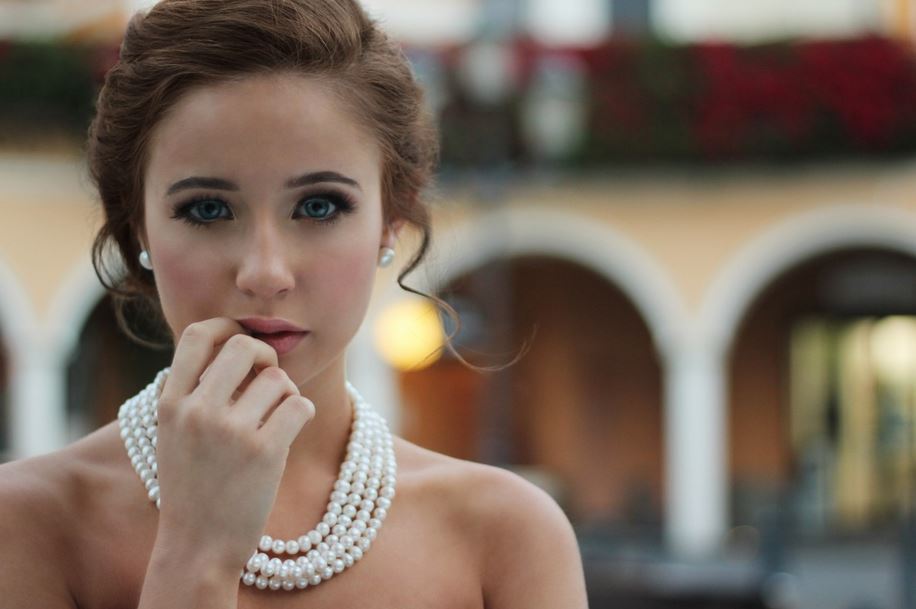 Having just re-read C.S. Lewis’ That Hideous Strength, it strikes me once again that it belongs on the shelf with the other classic dystopian novels, Brave New World and 1984. Lewis captures all the classic dystopian elements of the totalitarian threat, and he rightly identifies the atheistic scientism and utilitarianism lying beneath all utopian ideologies.

Most dystopian stories are predictably apocalyptic. The future is horrible as the hideous strength asserts its domination. Perhaps the scientists and social engineers have created a “perfect” world, but it is sterile, joyless and somber. Invariably an elite group of experts, or a totalitarian cadre, controls the masses by force, cutting off true life, true love, and true light. The dystopia is dark.

However, what Lewis, Orwell, and Huxley and other dystopian prophets have not predicted is what might be called the “Disneyland Dystopia” of the contemporary United States, in which the horrors are covered with a cosmetic veneer and the nightmares and screams are smothered with smiles and miles of plasticized dreams. Evelyn Waugh prodded the monster with his wickedly satirical novella about Hollywood morticians, The Loved One, but to my knowledge, no one else has put a bomb under Cinderella’s castle.

What exactly do I mean by the Disneyland Dystopia? As I write in May 2018, the government is considering a candidate to run the CIA who has not only participated in torture, but has been in charge of a facility designed specifically to torture people. She has been proposed by a president who has boosted military spending even further and is on the record for not only being in favor of torture, but thinking it ought to be increased.

Despite mouthing pro-life platitudes, his budget continues to fund Planned Parenthood—an organization that is not only an abortion mill, but one that intentionally places its clinics in low-income, ethnic-minority communities, reminding one of Supreme Court Justice Ginsberg’s observation that “We don’t want more of those kind of people do we?” So our tax dollar not only supports an organization started by a racist eugenicist, but one whose employees were caught selling baby body parts and planning abortions so that particularly valuable parts are preserved intact for later sale.

When it comes to the “advances” of modern medicine, Americans increasingly take it for granted that surgical enhancement is one of the choices available. Orthodontics give us straight teeth, but it is now a bragging point when someone has cosmetic surgery not only to lift his or her face, but to lift her breast, buttock, his penis, or most anything else.

Our media and celebrities celebrate not only a “gay agenda” in which men marry men and women marry women, but the gender confusion has gone to its logical endpoint, in which sex and gender no longer exist. As part of this gender meltdown, the media and celebrity culture celebrate an agenda that advocates the chemical, social, and surgical castration not only of adults, but of children.

The culture of death continues its danse macabre not only with abortion, but the increasing trend of selective abortion—eliminating fetuses with Downs syndrome and other abnormalities. Anyone can see that this is eugenics and that we might coin a new portmanteau word, “eugenicide” for as lifespans lengthen, “assisted suicide” will start to mean that the victim was “assisted” by a hefty Fairy Hardcastle in a white coat and a needle. Already our “do not resuscitate” orders have become so flexible that in some cases “do not resuscitate” means “withhold treatment even if it is requested.”

We already have frozen embryos, artificial wombs, surrogate pregnancy, artificial insemination, in-vitro fertilization and forced sterilization. With further “advances” in medical technology, our genetic code will soon be manipulated to eliminate all diseases and disabilities. Animal-human hybrids called chimeras may be advanced to “improve” the human race, and Lewis’ nightmare of a head being kept alive is not far off in a world where heads are already preserved cryogenically.

A future dystopia? All these horrors are already part of our everyday American society, but they are candied by our affluent entertainment culture. We go along with the Disneyland Dystopia because we enjoy the benefits. Middle America has never had it better. We have comfortable homes in the suburbs with luxuries that would have made a Roman emperor blush. Our garages have swollen to park three or four cars, and the storage facility business is booming because we don’t have enough room in our houses for all our stuff. We enjoy security and calm, and the stock market is bullish.

Like a ubiquitous amusement park, our restaurants and retail centers offer us a constantly “themed” experience. Here we enjoy an Italian experience at a restaurant that looks like a Tuscan villa. Next door is a hacienda where we eat Mexican food. Further on is an Australian steakhouse with “steaks on the barbie.” Should our plates be empty but our palates bored we can be entertained by a Chinese Emperor, a magical Japanese chef who flips food at your table, or dine at the Persian Palace or the Indian Taj Mahal. Next door is Mama’s Country Kitchen, Bobby’s Ole Fashioned Bar-B-Q, and Papa’s Pizza Place. All of them shimmering like a crass casino.

With theme parks and cinemas and casinos and our noses in a screen 24-7, we are entertainment addicts. Even our homes have become like Disneyland. Furnished by designers who “theme” a room, they do not project our personalities as much as they reproduce yet another artificial atmosphere of affluence. As an African friend observed, we have larger and larger houses for smaller and smaller families. In new subdivisions, there are no lawns and gardens for no one wants to be torn away from the screen to go outside. We are distracted to death, putting our heads into the sand of our screens.

So in modern America, all the dystopian horrors exist hand-in-hand with what seems like one perpetual theme-park existence. The war, torture, abortions, castrations, murders, suicides, drug addiction, homelessness, and medical horrors reside side-by-side with the smiling face of America, where everyone has perfect teeth and waves out a cheerful, “Have a nice day!”

Most alarmingly, this dystopia has not been forced on anyone. The junta who have produced it do not wear military uniforms; they wear the suits of the advertising men, the movie moguls, television producers, newspaper and magazine editors, politicians, academics, and journalists. No one has frogmarched us at gunpoint. Caught up in the entertainment culture, we have not been forced. We have been seduced.

Like the “girl who can’t say ‘No,’” we have gone along with the seduction without even a naughty wink or a moment of shame.