Ayn Rand and Ludwig von Mises Once Had Dinner Together, and It Can Teach Us a Lot About Intellectual 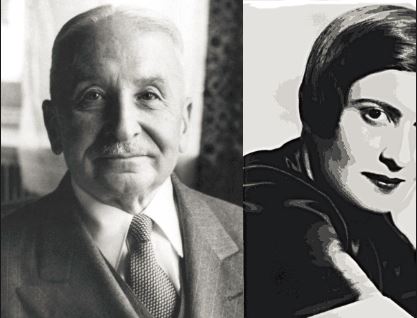 At the International Society for Individual Liberty’s Conference, Milton Friedman once gave a speech titled “Say ‘No’ to Intolerance” (you can find the transcription here) where he criticized the sectarianism of a part of the libertarian movement.

To illustrate his point, he told an anecdote, which can be found in Barbara Branden’s biography of Ayn Rand “The Passion of Ayn Rand”, that reveals the dogmatism of both the Russian-American philosopher and the Austrian economist Ludwig von Mises.

Here is the anecdote as quoted by Branden:

“One evening, the Hazlitts [that was Henry Hazlitt, whom I mentioned] invited Ayn and Frank to dinner with Dr. and Mrs. von Mises. The evening was a disaster. It was the first time Ayn had discussed moral philosophy in depth with either of the two men. ‘My impression,’ she [Rand] was to say, ‘was that von Mises did not care to consider moral issues, and Henry was seriously committed to altruism…We argued quite violently. At one point von Mises lost his patience and screamed at me.”

Imagine Hazlitt’s face in such an awkward situation. You can find a few more anecdotes that go in the same direction; for instance, Mises vehemently accusing his colleagues of the Mont Pelerin Society (Hayek, Friedman, or Hazlitt, among others) of being socialists or Rand claiming that she would rather watch the circus on TV than Rose and Milton Friedman’s show “Free to Choose” (right after describing him as a “miserable eclectic”.)

Where does their dogmatism stem from? It seems obvious that their personality and experiences played a role in their unwillingness to compromise and incorporate other people’s ideas into their own. After all, we are all influenced by our genetic background, education, and the environment that surround us.

Yet Friedman points to an explanation that may in part accounts for their intolerance: their economic and philosophical paradigms, and more specifically, the methodology upon which they are based.

Mises coined the word praxeology to refer to his methodological approach to economics. According to Mises, economic laws can be derived aprioristically (without the need for empirical evidence) starting from a sole premise: human beings act purposefully.

Similarly, objectivism, Ayn Rand’s philosophy, is based on a series of axioms difficult to refute. As pointed out by Friedman, the problem with this is that, when disagreements arise, there is no way to check who’s right and who’s wrong. This often leads to becoming entrenched in your own convictions, disregarding the arguments or empirical evidence put forward by your intellectual opponent.

Don’t get me wrong. I have a lot of respect and intellectual admiration towards Mises (I’m afraid I can’t say the same about Ayn Rand). Yet intolerance does a huge disservice to both the advance of economic science and the spread of free market ideas.