Why the Christian Right Opposes Pornography but Still Supports Trump 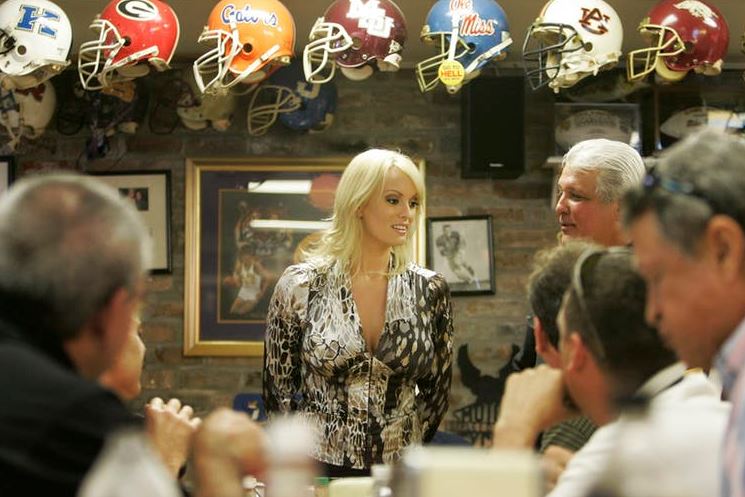 Many commentators have pointed out the hypocrisy of Christian leaders who claim a moral high ground while supporting President Donald Trump. The latest scandal involving an alleged extramarital affair with pornographic film star Stormy Daniels proves no exception.

The Christian right that supports Trump has found ways to justify their support of the president, for example, with analogies of how God used King David, a man with personal flaws, for the greater good of the country.

All the while, however, evangelical leaders remain definitively opposed to pornography. In the words of an evangelical celebrity and outspoken opponent of pornography, Josh McDowell, it is “probably the greatest problem or threat to the Christian faith in the history of the world.”

As a sociologist who studies how evangelicals talk about sex, I see evangelical Trump supporters’ reaction to the latest Stormy Daniels scandal as fitting right into how evangelical Christians have responded to pornography in recent history.

Long before the Christian right emerged in the 1970s and 1980s, for example, Billy James Hargis an evangelical preacher and radio host, warned that pornography encouraged the spread of communism. Hargis first gained national attention in the 1950s for preaching against communism in his radio program “Christian Crusade.” He was convinced that homosexuality, sex education and pornographers fueled a communist-friendly moral decay.

Later in the 1980s, evangelical Protestants mobilized against the sexual revolution of the 1970s. One of their targets was the pornography industry that had grown with the invention of the VCR and led to pornographic videos entering American homes.

Along with other anti-pornography organizations, the fundamentalist Protestant political organization, the Moral Majority, supported efforts to enforce and increase obscenity laws to regulate and reduce pornography.

The Moral Majority’s platform linked pornography with their other concerns, suggesting that pornography, just like homosexuality or abortion, contributed to the moral decline of America.

More recently, evangelical and Latter-day Saints or Mormon politicians have been urging states across the country to pass resolutions declaring pornography to be “a public health crisis.”

But the story is not so simple. In the 1970s, an evangelical self-help and sex-advice industry emerged that put a religious twist on a cultural obsession with personal and relationship satisfaction and happiness.

“Are you ready to admit … that you struggle with something that almost any man could be tempted by?”

Today, there are evangelical books, websites, conferences and small groups to support evangelicals who are troubled by their own pornography use.

Evangelical logic supposes that giving into sexual temptations is part of the human condition. ruperto miller

Whereas non-evangelicals may observe a contradiction when it comes to supporting both Christian values and President Trump, I have found in my research that conservative evangelicals don’t have to see it that way. Their logic supposes that giving into sexual temptations is part of the human condition: People are prone to sin and must seek forgiveness and support.

A man like Donald Trump, in other words, could benefit from the pages of evangelical self-help books. But his sexual failings needn’t get in the way of conservative politics.

Kelsy Burke, Assistant Professor of Sociology, University of Nebraska-Lincoln. This article was originally published on The Conversation. Read the original article.