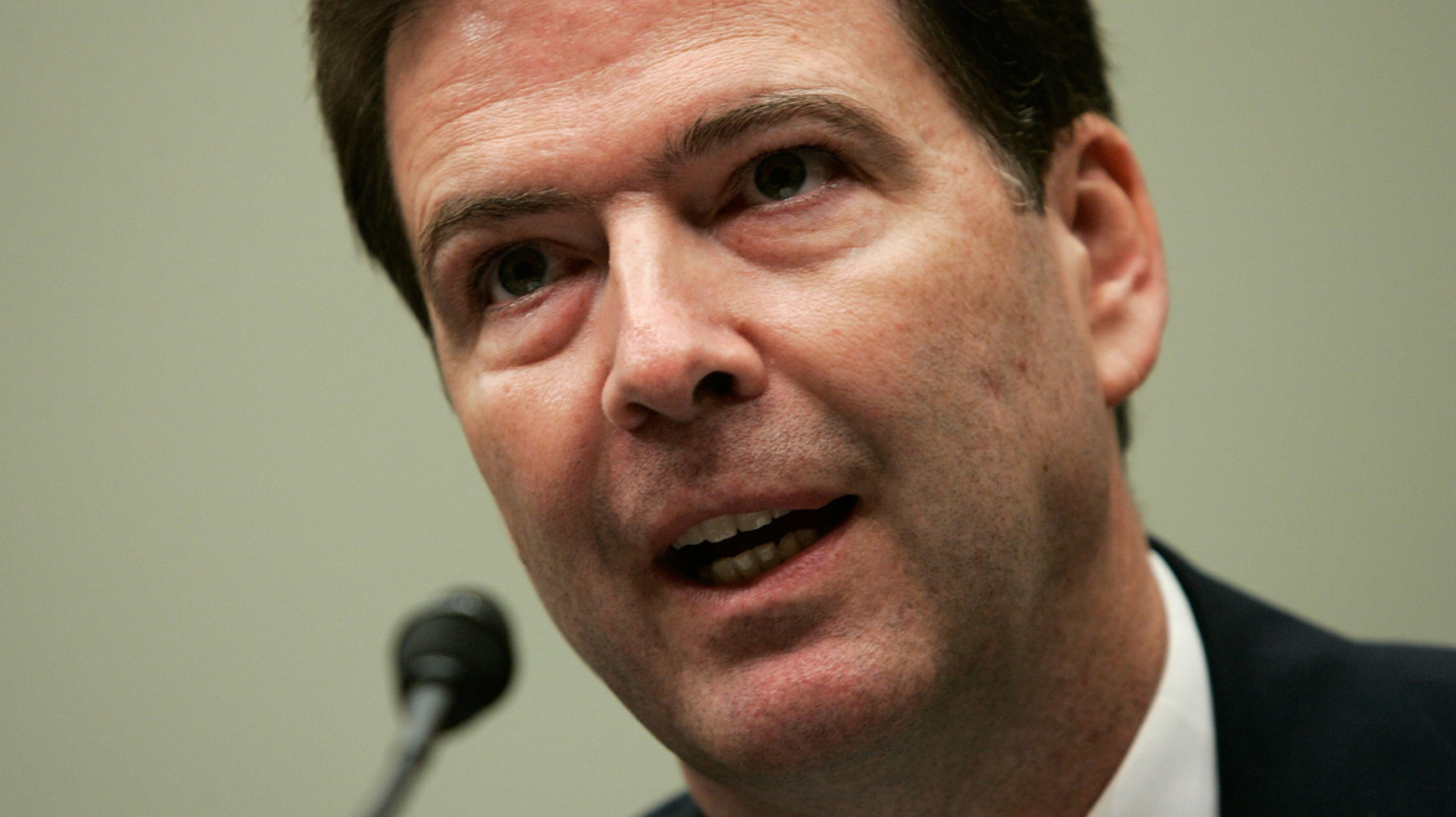 It’s hard to look at a TV, phone, magazine rack, or computer screen and not see the mug of James Comey right now.

The former FBI Director is not only promoting his controversial new book A Higher Loyalty; he also finds himself in the crosshairs of President Trump’s Twitter account.

Slippery James Comey, the worst FBI Director in history, was not fired because of the phony Russia investigation where, by the way, there was NO COLLUSION (except by the Dems)!

The Trump-Comey feud has become an openly vicious affair. The stakes are high, and the drama does not appear to be going away anytime soon.

If you’re looking to learn a little more about the FBI director Trump sacked in May 2017, here are some facts, courtesy (mostly) of CNN:

7. He admitted politics has at times influenced his criminal investigations

Hillary Clinton and many of her supporters still blame Comey for Clinton’s 2016 election defeat—and they might have a point.

In his new book, Comey says his decision to reopen the Clinton investigation 10 days before the presidential election was influenced to some degree by her poll numbers, and his belief that she was likely to become president.

“It is entirely possible,” Comey writes, “that because I was making decisions in an environment where Hillary Clinton was sure to be the next president, my concern about making her an illegitimate president by concealing the restarted investigation bore greater weight than it would have if the election appeared closer or if Donald Trump were ahead in all polls. But I don’t know.”

6. He studied religion in college

As an undergrad at William and Mary, Comey majored in religion and chemistry, writing a thesis that compared Reinhold Niebuhr to, uh, Jerry Falwell.

5. He is tied to the Whitewater Investigation

In 1996, Comey was appointed Deputy Special Counsel of the Special Committee to Investigate Whitewater Development Corporation and Related Matters. As in Bill Clinton’s Whitewater.

4. He’s the guy who got Martha Stewart

In 2003, Comey brought charges against Martha Stewart, the American businesswoman and TV personality. Things didn’t go well for Martha, who faced charges of conspiracy, obstruction, and fraud. She was convicted in 2004 on all counts, sentenced to five months in prison, and ordered to pay a $30,000 fine.

Comey served as Deputy Attorney General under John Ashcroft. When Ashcroft was hospitalized in 2004, Comey was promoted to acting AG.

You may remember Comey serving in this capacity. He is the guy who refused to certify parts of the George W. Bush Administration’s domestic wiretapping program. This prompted two Bush officials—chief of staff Andy Card and  then-White House counsel Al Gonzales—to do an end-run by going directly to Ashcroft even though he was in intensive care. It didn’t work. But Comey still didn’t like it one bit.

“I was angry,” Comey later testified. “I thought I just witnessed an effort to take advantage of a very sick man, who did not have the powers of the attorney general because they had been transferred to me.”

2. He was almost confirmed unanimously to be FBI director

The lone holdout? That would be the junior Senator from Kentucky—Rand Paul.

1. He could be in hot water, legally speaking

During congressional hearings last year, Comey admitted to leaking FBI memos based on his conversations with the president. According to The Hill, many of those memos contained classified information. If true, this is almost certainly a violation of Comey’s employment agreement, and possibly illegal.

Additionally, the Washington Post recently pointed out that Comey’s responses to Sen. Charles Grassley at a Senate Judiciary Hearing last May appear to be false.

GRASSLEY: Director Comey, have you ever been an anonymous source in news reports about matters relating to the Trump investigation or the [Hillary] Clinton investigation?

GRASSLEY: Question two, relatively related: Have you ever authorized someone else at the FBI to be an anonymous source in news reports about the Trump investigation or the Clinton investigation?

These statements, the Post points out, appear inconsistent with those made by former FBI director Andrew McCabe after he was fired last month following a DOJ IJ report that found that McCabe had discussed his leaks to the Wall Street Journal with Comey.