10 Things to Know About the Real St. Patrick 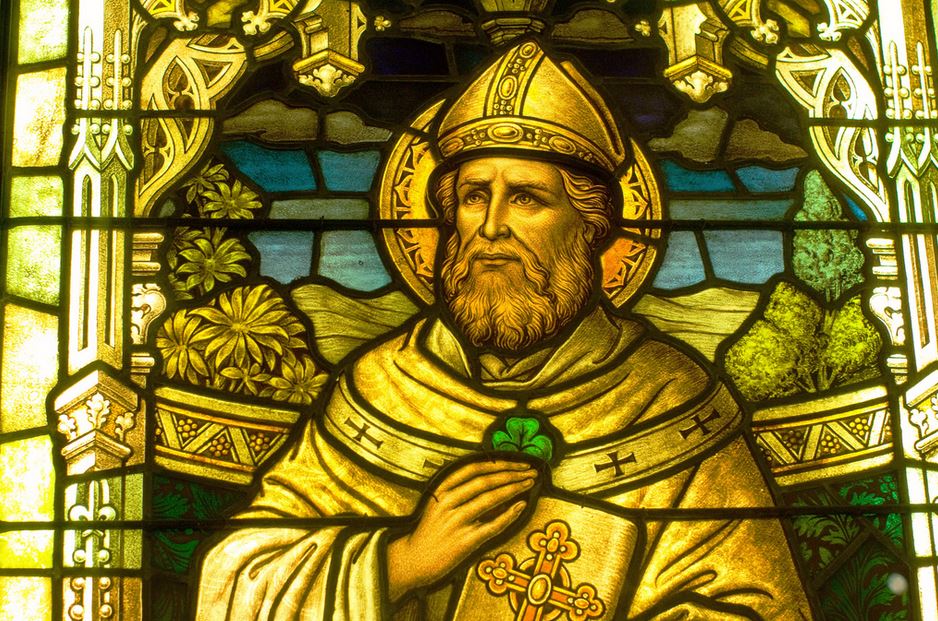 On March 17, people around the world will celebrate St. Patrick’s Day by parading in green hats, sporting images of shamrocks and leprechauns – tiny, grinning, fairy men – pinned to their lapels. Patrick’s picture will adorn greeting cards: an aged, bearded bishop in flowing robes, grasping a bishop’s staff and glaring at a coil of snakes.

The icon refers to one of Patrick’s legendary miracles in which he is said to have prayed to banish all snakes from Ireland. However, as a historian of medieval Ireland, I can assure you that the real St. Patrick, who lived and worked in the fifth century, never saw a snake or wore a shamrock.

Patrick’s own writings and early accounts of the saint’s career reveal many interesting details about the life of this patron saint of Ireland. Here are 10 things you may not know about St. Patrick.

1. Patrick was not Irish

Patrick was born around 450 A.D., just when Roman troops withdrew from Britain. His father was a gentleman and a Christian deacon who owned a small estate in a place called Bannavem Taburniae.

Scholars aren’t sure where this place was – it was probably on the west coast around Bristol, near the southern border of modern Wales and England.

2. Patrick was a slave

Irish slave traders sailed the waters off that same coast, and one day they came ashore to capture the teenage Patrick and his neighbors, to sell back in Ireland. Patrick spent six years tending sheep in the west of Ireland.

While chasing sheep on the hills, Patrick prayed a hundred times a day, in all kinds of weather. It paid off. One night a mysterious voice called to him, saying, “Look, your ship is ready!” Patrick knew he wasn’t hearing sheep. The time was right for his escape.

Patrick made his way to Ireland’s east coast and sought passage on a ship bound for Britain. The captain, a pagan, didn’t like the look of him and demanded that Patrick “suck his breasts,” a ritual gesture symbolizing acceptance of the captain’s authority. Patrick refused – instead he tried to convert the crew.

For some reason, the captain still took him aboard.

One night Patrick dreamed that Satan tested his faith by dropping an enormous rock on him. He lay crushed by its weight until dawn broke, when he called out, “Helias! Helias!” – the name of the Greek sun god. The rock disappeared. Patrick took it as a kind of epiphany. He later wrote:

“I believe that I was helped by Christ the Lord.”

Patrick had other peculiar visions, too. Back home at Bannavem Taburniae, he was visited by an angel with a message from the Irish: “We beg you, Holy Boy, to come and walk again among us.” He trained as a bishop and went back to Ireland.

6. Patrick did something unmentionable

Years into his mission, someone, it seems, told a dirty secret about Patrick to his fellow bishops. “They brought up against me after thirty years something I had already confessed … some things I had done one day – rather, in one hour, when I was young,” he wrote.

Patrick did not tell us what he did – worship idols? Engage in a forbidden sexual practice? Take gifts from converts?

Whatever it was, Patrick retrospectively understood his zealous Irish mission to be penance for his youthful sins. While he spread Christianity around Ireland, he was often beaten, put in chains or extorted. “Every day there is the chance that I will be killed, or surrounded, or taken into slavery,” he complained.

Two centuries after his death, Irish believers wanted more exciting stories of Patrick’s life than the saint’s own account.

One legend (written 700 A.D.) described Patrick’s contest with native religious leaders, the druids. The druids insulted Patrick, tried to poison him and engaged him in magical duels – much like students of Harry Potter’s Hogwarts – in which they competed to manipulate the weather, destroy each other’s sacred books and survive raging fires.

When one druid dared to blaspheme the Christian God, however, Patrick sent the druid flying into air – the man dropped to the ground and broke his skull.

Another legend from around the same time tells how Patrick fasted for 40 days atop a mountain, weeping, throwing things, and refusing to descend until an angel came on God’s behalf to grant the saint’s outrageous demands. These included the following: Patrick would redeem more souls from hell than any other saint; Patrick, rather than God, would judge Irish sinners at the end of time; and the English would never rule Ireland.

We know how that last one worked out. Perhaps God will keep the other two promises.

None of the early Patrician stories featured the shamrock – or Irish seamróg – which is a word for common clover, a small plant with three leaves. Yet children in Catholic schools still learn that Patrick used a shamrock as a symbol of the Christian Trinity when he preached to the heathen Irish.

The shamrock connection was first mentioned in print by an English visitor to Ireland in 1684, who wrote that on Saint Patrick’s feast day, “the vulgar superstitiously wear shamroges, 3 leav’d grass, which they likewise eat (they say) to cause a sweet breath.” The Englishman also noted that “very few of the zealous are found sober at night.”

10. Patrick did not drive the snakes out of Ireland

As for the miraculous snake-charming attributed to Patrick, it could not have happened because there were no snakes in pre-modern Ireland. Reptiles never made it across the land bridge that prehistorically linked the island to the European continent.

Most likely, the miracle was plagiarized from some other saint’s life and eventually added to Patrick’s repertoire.

Party-goers on March 17 need not worry about ancient historical details, though. Whatever the truth of Patrick’s mission, he became one of the three patrons of Ireland, along with Sts. Brigit and Columba– the latter two were born in Ireland.