Why Thoughts and Prayers are Better than Righteous Anger 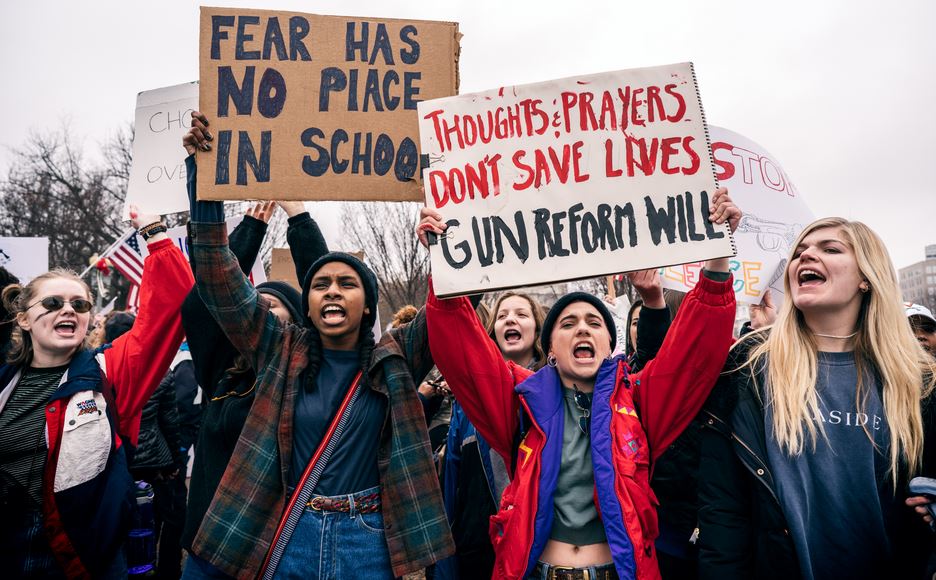 It is fashionable to “prayer shame” those who offer “thoughts and prayers” as a response to violence. Public response to the gun violence at Marjory Stoneman Douglas High School is an example. If you did not deliver an angry diatribe against gun ownership, your failure to fall in line with the politically correct position is taken as evidence that you condone violence.

It is fashionable to mock the latter group. Why is it more unreal to believe, as George Washington did, in divine intervention than to believe politicians will solve social problems through coercion?

Anger, a Dubious Response to Tragedy

In their book ACT on Life not on Anger, psychologists Georg Seifert, Matthew McKay, and John Forsyth dispel myths about anger. Reporting on numerous studies, they write, “Venting anger typically serves to freeze a hostile attitude or opinion… Expressing anger does not reduce anger. Instead, it functions to make you even angrier.” As most of have experienced, “When anger is let out, it is typically met with anger right back.”

Some believe anger helps to create action and correct problems. Based on research, Seifert and his colleagues observe, “Venting also solidifies an angry attitude and state of mind, escalates anger and aggression, and does nothing to help you (or the recipient of your anger) resolve the situation.”

Instead of venting anger, Seifert encourages us to act from our values: “Values guide you towards actions that exemplify what you want your life to be about… A life lived in the service of anger is typically not high on anyone’s list of values.”

The more anger, the more polarization, the less possibility of a meaningful conversation about how to reduce gun violence in schools while not violating the unalienable rights codified in the Bill of Rights.

Why Thoughts and Prayers Work

In 1867, in a church just outside the gates of Harvard, Ralph Waldo Emerson delivered a talk “The Progress of Culture” before the Phi Beta Kappa Society. The great philosopher was now elderly, and the nation was still in the aftermath of the Civil War, but Emerson’s talk had his characteristic optimism and faith in the power of spiritual law. “Great men,” Emerson said, “are they who see that spiritual is stronger than material force, that thoughts rule the world.”

Right action and dependable power, Emerson believed, flowed out of aligning our thinking with universal law—an alignment which only occurs when we are “one with God.” In his classic essay “Self-Reliance,” Emerson gave clear guidelines as to what he believed constituted true prayer.

“Prayer that craves a particular commodity, anything less than all good, is vicious. Prayer is the contemplation of the facts of life from the highest point of view. It is the soliloquy of a beholding and jubilant soul. It is the spirit of God pronouncing his works good. But prayer as a means to effect a private end is meanness and theft.”

If we proclaim that we love those who were murdered by Nikolas Cruz while also declaring that we wish harm on our fellow Americans who are NRA members or Republicans or Second Amendment proponents, Emerson would say we are vicious, not loving.

And there are other examples of righteous anger.

Consider for a moment deputy Scot Peterson. When circumstances called for courage, he lacked the will to move forward and confront Cruz. He was not the only cowardly deputy at the scene that day. Then there is the FBI who ignored a “credible and specific” call from a person close to Cruz about his “potential threat to life.” How many of us have experienced a time when we were timid or blundering in circumstances calling for courage?

Today it seems many individuals in the nation are projecting their own shameworthy omissions onto Scot Peterson. Self-respect is not restored by vilifying others. No wrong is alleviated by extending love to some and denouncing others. Even as needed reforms are considered at the FBI and police departments throughout the nation, love’s heart goes out to everyone.

During World War II, the Dutch sisters Corrie and Betsie ten Boom, along with their father Casper, opened their family home to Jewish refugees fleeing from the Nazi occupiers and Dutch police collaborators. In 1944, after saving hundreds of Jews, the ten Boom family was arrested when a Dutch betrayer tipped off the Nazis.

The extreme courage of Corrie, Betsie, and Casper was fueled by their values, not by anger. The family was immortalized in Corrie’s book The Hiding Place and when Israel inducted them as Righteous Among the Nations.

Betsie died in the Ravensbrück concentration camp. In The Hiding Place, Corrie describes an incident that occurred before Betsie’s death. During a lineup in the camp, a sadistic guard nicknamed “The Snake” was whipping a “feeble-minded girl.” The screams of the girl were horrendous. After the traumatic event ended, out of earshot of The Snake, Corrie whispered, “Betsie, what can we do for these people? Afterward I mean. Can’t we make a home for them and care for them and love them?”

Betsie responded, “Corrie, I pray every day that we will be allowed to do this! To show them that love is greater!”

Corrie then recalled, “And it wasn’t until I was gathering twigs later in the morning that I realized that I had been thinking of the feeble-minded, and Betsie of their persecutors.”

Would Corrie and Betsie have reserved their love only for the victims of Nikolas Cruz? Or would they have extended love to Nikolas, the public defender who has offered succor to Nikolas, as well as the blundering FBI, and the deputies who lacked courage that day?

The ten Booms prayed often; their prayers, guided by their Christian faith, informed their actions. As we remember their loving thoughts and deeds, we are reminded that truly “thoughts rule the world.”