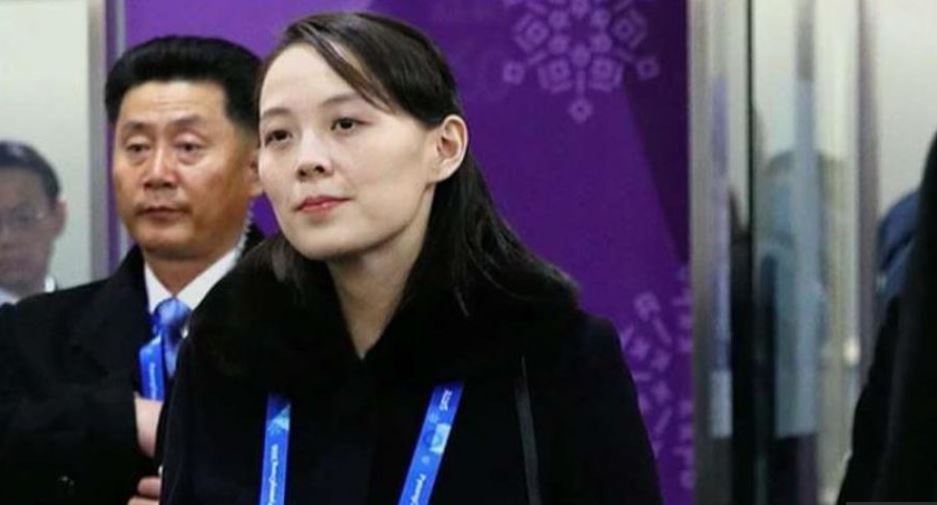 If Kim Yo-jong wasn’t a powerful leader in a brutal totalitarian regime that murders and starves its citizens, Bump’s fawning humor might be amusing.

What role does Ms. Kim play in her brother’s regime?  She is “deputy director of the powerful and omnipresent Propaganda and Agitation Department.” Claudia Rossett, writing in the Wall Street Journal, explains the role of Ms. Kim’s department in indoctrinating the minds of North Korean citizens. Its goal is to see that North Koreans recognize “the absolute supremacy of Kim Jong Un and his Workers’ Party.”

Rossett quotes a human rights report on North Korea’s “almost complete denial of the right to freedom of thought, conscience and religion” and adds that “any deviation is suppressed via imprisonment, torture and execution.” The aim of all this effort “is to ensure the survival, glorification and total power of the Kim regime and its hereditary tyrant.”

Yeonmi Park is a young woman who escaped from North Korea. In her book In Order To Live, Ms. Park explained how even the meaning of the word love has been altered in North Korea: “The only true ‘love’ we can express is worship for the Kims.”

In this video, Ms. Park describes her ordeal. Of those charged with “thought crimes,” she explains, three generations of the family are punished.

This is not the first time the American press has fawned over murderous tyrants. Stalin’s starvation and murder of millions of Ukrainians was concealed. In the 1930s, New York Times reporter Walter Duranty knew of Stalin’s induced famine but, to curry favor with Stalin, refused to report on it.

Duranty dismissed the suffering of the Ukrainians because he approved of Stalin’s goals saying, “You can’t make an omelet without breaking eggs.”

We don’t know what percentage of American journalists are socialists. We know, however, that only 7 percent are Republicans, and according to one study, 96 percent donated to Hillary Clinton in 2016.

To be sure, it is a long way from favoring a more significant role for government to favoring an abusive regime like in North Korea. However, it is instructive to ask: What mindset might a sympathetic journalist share with Kim Jong Un and his sister? If we are brave enough to examine our own thinking we might ask, what mindset do we share?

In his seminal work, The Road to Serfdom, Nobel Laureate Friedrich Hayek wrote a chapter explaining “Why the Worst Get On Top.” Hayek writes,

It seems to be almost a law of human nature that it is easier for people to agree on a negative program, on the hatred of an enemy, on the envy of those better off, than on any positive task. The contrast between the “we” and the “they, the common fight against those outside the group, seems to be an essential ingredient in any creed which will solidly knit together a group for common action. It is consequently always employed by those who seek, not merely support of a policy, but the unreserved allegiance of huge masses. From their point of view it has the great advantage of leaving them greater freedom of action than almost any positive program. The enemy, whether he be internal like the “Jew” or the “Kulak,” or external, seems to be an indispensable requisite in the armory of a totalitarian leader.

Kulak was a term for the relatively affluent peasants in the Ukraine who Stalin murdered. In practice, Kulak “meant community leaders and anyone, rich or poor, who resisted collectivization.”

Hayek points out “an essential ingredient” in the march towards a totalitarian society is “the common fight against those outside the group.” Today in the U.S., the epidemic of “we vs. they” thinking should send a chill down the spines of all Americans.

Kim Jong Un’s “twisted sister” may be a “mindset” sister for American journalists who see the world, like she does, through “we vs. they” eyes. With disdain, many journalists look upon the great unwashed in the red states as the “they” who prevented the election of Mrs. Clinton. Many journalists seem to be incredulous that any caring person would not favor political solutions for economic problems. To not share their views on “social justice” puts a person in the “they” camp.

Of course, these journalists don’t want to live in a North Korean-type society. Yet, they exhibit many of the mindset beliefs that enable such totalitarian societies.

The “we vs. they” mindset is the ugly belief that me and my group are better and more important than you and your group. When we believe I am better, the implication is that I know better.

A failure to acknowledge or respect the limits of the individual mind leads to another misguided belief associated with the “we vs. they” mindset; namely the “wise” should direct and control others. In North Korea, it is Kim Jong Un’s sister’s job to perpetuate the myth that her wise brother is an infallible living God.

Such is the power of North Korean propaganda that Ms. Park grew up with the belief “that our Dear Leader, Kim Jong Il, could read my mind, and I would be punished for my bad thoughts.”

In the United States, there are many on all sides of the political spectrum, who while they haven’t anointed their political champion with “living god” status, use twisted logic to justify actions of their own favorite politician.

The “we vs. they” mindset is one that blames all problems on “enemies.” Ms. Park tells how any problems in North Korea were blamed on “evil plots by our enemies…who are trying to destroy the greatest nation in the world.”

It is the “we vs. they” mindset that leads first to division, then to hatred, then to violence, and finally to war.

Notice the next time you mentally demonize a whole group and deny their humanity. When we think “they” are the problem, are “we” not the problem?