The Persistence of Memory and #MeToo 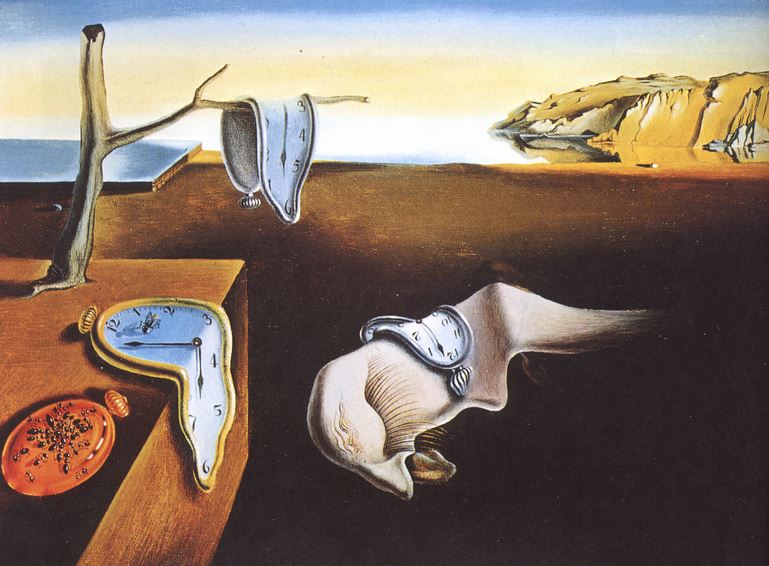 The recent revelations about Harvey Weinstein have precipitated hundreds of allegations of sexual abuse. Many of the complainants are now adults, even middle-aged. But most of the alleged events took place when the victims were young – teenagers or even children. One of Weinstein’s accusers recounted events that occurred some twenty years previously; another accused Weinstein of raping her in 1992.

The UK has been through its own “Weinstein experience,” beginning with a set of plausible accusations against Jimmy Savile, a philanthropic popular entertainer. Sir Jimmy died in 2011, but extensive investigation subsequently implicated him in as many as 500 incidents with young girls and boys. In the aftermath of the Savile revelations, police and prosecutors were happy to go along with the popular revulsion against sexual predators.

As part of Operation Yewtree, police investigated dozens of celebrity men, many of whom were subsequently indicted. Some accusations were proved in court. Others were questionable and in some cases led to tragedy. For example, Leon Brittan, a former Home Secretary, was accused by a social worker–a convicted fraudster and anti-Tory activist—of raping a 19-year-old boy some forty years previously.

“Detective Chief Inspector Paul Settle said the allegation against the former Tory Home Secretary, ‘fell at the first hurdle’ and to proceed would have been ‘grossly disproportionate,’” the Telegraph reported.

Nevertheless, the police continued to investigate, humiliating the aged and infirm Lord Brittan. The case was eventually dropped, but Brittan was not told before he died in 2015.

There is little doubt of Harvey Weinstein’s guilt in many cases, some of which refer to relatively recent events. But in many cases of sexual assault, either out of embarrassment, innocence, fear that they will not be believed, or fear of career damage, the victims are silent in the days and weeks afterwards. Only much later, when the climate changes and they feel more confident of supporting testimony do many feel comfortable in coming forward, hence #MeToo.

Horrified by the repellant behavior of Weinstein and his ilk, aware of the predicament of victims and of the difficulty of deciding “he-said, she-said” allegations, many people are happy to accept new accusations at face value.

But this is dangerous.

Accusations supported by independent testimony or referring to recent events are more credible than uncorroborated childhood memories decades old. But all memory, even eyewitness testimony, is much less reliable than most people assume.  Even if accusations are sincerely and honestly made, if they refer to events long past, they may still be in error.

Very long-term memory is almost impossible to investigate scientifically. Consider just what would be required for a valid psychological experiment:

Obviously, an experiment such as this is impossible. No researcher could afford to wait that long nor could the subject’s behavior in the interim be adequately controlled. Nevertheless, many people would expect the subject’s report to be accurate. There are no experimental data to refute that expectation. All that we have are anecdotes, which have not been systematically collected.

But I have enough experience from my own, now rather long, life, to make me very suspicious.  I know of several experiences where two parties to the same event, who have not spoken of it for 20 years or more, when they do speak are completely at odds.

I will just recount my own personal experience. During World War II in England, my father, a Lance Corporal in the Kings Royal Rifles, was on guard on Hendon Aerodrome, near our home in London. I was about seven years old when he took me and my cousin Benedick, a year or so older, to board a mighty bomber plane on the airfield.

What I remember is that I cried – wept.  I have always been puzzled at this because I loved planes and machinery.  But when I mentioned the incident to my father many years later he said, “Oh no; it wasn’t you who cried, it was Ben!”

Yet I would have sworn on any available Holy Book that I was the grieving child. I remembered the key happening – somebody cried – but completely misattributed it. (That, or my father did.)

I don’t think that my experience is unusual. I know of two similar experiences, one involving the memory of a child the other of an adult. It is quite possible, therefore, that an accusation of child molestation, made many years after the event, may be mistaken in key respects. As my own example illustrates, a salient feature of the event may be accurately recalled, but its source may not. Did something happen in the remote past? Probably. Is the cause, the context, also recalled accurately? Quite possibly not.

In many cases, the correct response to such allegations is surely “don’t know.” But when the evil is great, the public desire for retributive justice is overwhelming.

“Don’t know” is often not an option.  But the severity of a crime is not an excuse for hasty judgment. Indeed, the opposite is true: the worse the crime, the worse the possible punishment, the more meticulous the evaluation should be. All the many factors that affect the veracity of memory – most importantly its age – need to be taken into account.

Often the old Scottish verdict “not proven” will be the best and fairest one.