He Was a President Who Understood Principle 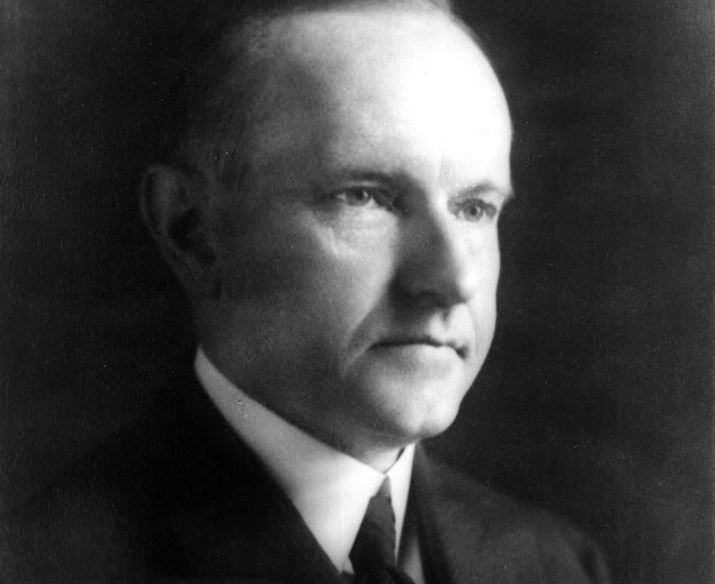 In his veto of a congressional salary increase, our 30th president, Calvin Coolidge, told Congress that, “No person was ever honored for what he received. Honor has been the reward for what he gave.” This statement truly characterizes Coolidge for who he was as a man.

Not only was he deeply concerned with tax reduction and the federal budget, he was also highly dedicated to the serving of both his neighbor and nation. Coolidge had a special understanding of public service and never swayed from his foundational beliefs. These qualities made him the beloved man that he was. Calvin Coolidge — although soft-spoken — showed immense amounts of courage in serving his nation and staying true to his fundamental convictions.

An important way in which Calvin Coolidge showed this courage was in his approach to public service. Prior to his term as Commander-in-Chief, the government had grown unchecked for years under the Roosevelt, Taft, and Wilson administrations. Wealth redistribution, government regulation, and the strength of unions were on the rise in America during this era of progressivism. Soon after stepping into the Oval Office, Coolidge promptly went on a budget- and tax-cutting spree to abolish what he referred to as “Despotic Exactions.”

Although scoffed at by many, this decrease in taxation and government spending saved the average American over $200 per year (about $1,500 today). Coolidge wanted to help the poor, and he saw that this was the only way to enact true, long-term change toward raising the American standard of living. He and his Secretary of the Treasury, Andrew Mellon, referred to this policy as “Scientific Taxation.” Coolidge once said, “Collecting more taxes than is absolutely necessary is legalized robbery.” This informed approach was his creative service to the least of these.

It took an immense amount of courage on Coolidge’s part to abandon previous methods and take a new approach to public service. This new approach was both utilitarian and grounded in a strong respect for people’s basic human rights. Though unorthodox, his principled fiscal stewardship caused many poor Americans to succeed in achieving a better life. With the national debt being cut almost in half, the 17.5 percent increase in the nation’s wealth, and illiteracy being cut in half as well, his presidential term was a success by any standard.

Although seemingly reserved, Coolidge was a man of strong principles. He called his fellow citizens to return to the proven principles of the American political tradition and encouraged them to examine their own beliefs in light of these principles. He believed strongly in the limits of social engineering, the nature of wealth, individual responsibility, and society’s dependence on moral and religious values. His ability to stand by these fundamental convictions in the face of adversity is rare among men.

In her book entitled Coolidge, Amity Shlaes refers to President Coolidge as our “Great Refrainer.” She suggests that inaction can benefit a nation more than action, as demonstrated by his numerous vetoed bills. “This was the boy with his finger in the dike, stopping a great progressive tide,” she accurately states. Throughout his life, Calvin Coolidge rejected what Bastiat called “legal plunder” and worked toward the creation not only of wealth but of beauty.

Calvin Coolidge’s messages regarding public service and his fundamental convictions have held true for almost a century. These firm principles were the groundwork for his ability to enact change for the better in America through public service. The way he thought determined the way he lived; his form followed his function. Calvin Coolidge lived by the principles that defined him. His belief system never aged. Even in the culturally diverse, globalized world we live in where people are desperate for new answers, ideas, and solutions, the simple social and moral code by which he lived remains as relevant as ever.