Can a Return to Federalism Prevent a Second U.S. Civil War? 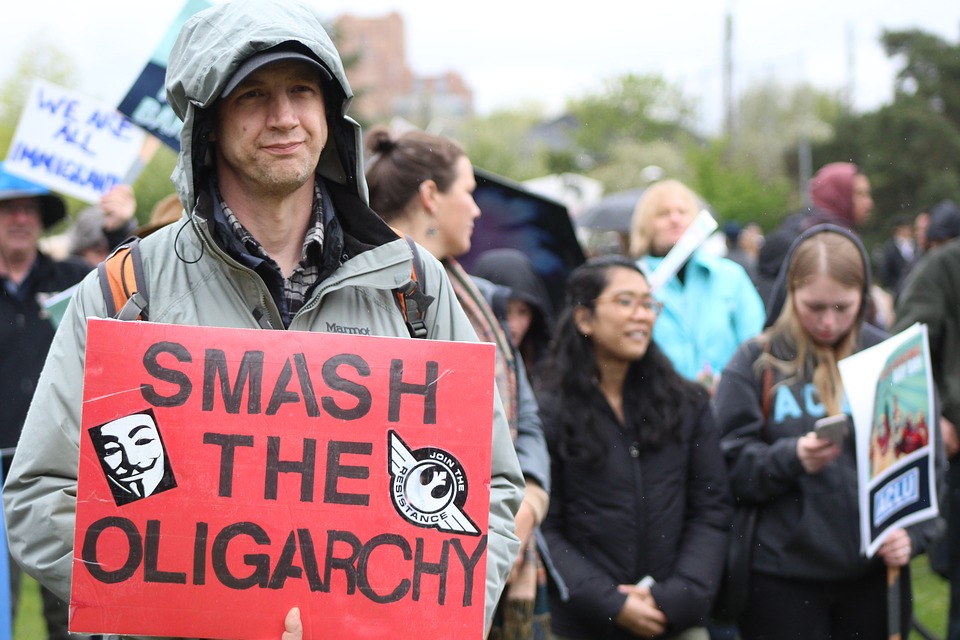 At least half of Americans sense that their country has been taken from them. In 2016, they voted for Donald Trump despite obvious reasons not to: churchgoers, despite his lack of religiosity; women, despite his womanizing, small business people, despite his big business identity; advocates of civility, despite his plain incivilities, and so on. They voted for protection against government, big business, the media, the educational and even the religious establishments, which wage a cold civil war to push them and their “deplorable” way of life to society’s margins.

But the election’s aftermath confirmed fears that mere voting cannot reestablish traditional American priorities. It has done and can do little to lessen the ruling class’s relentless pressures on how we live our lives. How to save a way of life while avoiding surrender, or a hot civil war, is the subject of anguish, and much debate.

In principle, the solution is simple, sufficient, and deeply rooted in American history: what some call “subsidiarity,” previously practiced in America as federalism. As culturally diverse people sort themselves out over a vast land, only despotism can force each part to live in ways repugnant to its majority. Hence, I suggested in 2017 that just as people on the Right should be content with the majority of Californians’ decision to be a “sanctuary” from national immigration laws, those on the Left should be just as tolerant of Texans or North Dakotans deciding to make their states “sanctuaries” from Federal Court decisions concerning abortion or a bunch of other things.

But avoiding civil war on this basis is inconceivable now because the Left believes it has the right, duty, and power to force universal adherence to its dictates’ utmost details. Nor can surrender purchase peace, because the Left’s dictates do not and cannot have a final form. Endlessly evolving, they are less about what is being imposed on America than about inflicting righteous punishment on inferiors—the appetite and power for which increase with every success.

That is why the prescriptions of “conservative reformers”—foe example, Yuval Levin’s The Fractured Republic—deny reality. They suppose that economics, ever the ground of compromise, is the dividing line between Right and Left. Hence they posit that the American Left is amenable to retreat from confrontation, to live-and-let-live.

But money has never been the point. America’s Left already has the bulk of the nation’s wealth. Residents of places such as Weston, Massachusetts, the suburbs of D.C. and of Silicon Valley, vote for the nation’s farthest-Left candidates with higher percentages than do those of zip-codes along the country’s Martin Luther King avenues. Power is what the Left wants, endlessly to replace the insufficiently faithful with the more faithful in ever more positions of power, from whence they ensure its causes’ triumph and its foes’ abasement. For Americans whose main concern is money—e.g., Wall Street—coming to terms with the Left amounts to playing the same game—just with different rules—pleasing different people by . . . pleasing them.

For Americans for whom money is a means rather than an end, the Left’s hegemony over American society’s commanding heights is an existential problem. Over the past two decades, increasingly, we have begun to learn to live defensively in a world controlled by people who hate us, and whose ways we do not want ourselves or our families to imitate.

In this regard, Rod Dreher’s 2017 book, The Benedict Option, is valuable. The book’s title is its primary problem for us. At the turn of the sixth century A.D., the young nobleman Benedict of Nursia chose retreat to monastic life less as an intrinsically desirable option than as a way of dealing with Rome’s rot. The degree of rot around him imposed the degree and modalities of retreat. We, along with Dreher, have all too little trouble envisaging the persecution of Christians that our ruling class may inflict on us.

Judicious retreat is not an option, but a rational reaction to our predicament. We have already learned that with rare exceptions, the higher reaches of life in the corporate world, the media, academe, the major bureaucracies are now inaccessible to Christians—or, indeed to anyone who does not celebrate the ruling class’s cause du jour, or who voices sympathy with “mere Christianity.”

As time has passed, silence and tact are ceasing to afford protection. We are learning to make life plans accordingly. The spread of homeschooling, the lines to get into charter schools, the sacrifices made for private education, the increasing popularity of alternatives to meaningless, expensive college degrees, attest to Americans’ coming to grips with our educational system’s top-to-bottom rot. The booming market for guns is neither more nor less than a gauge of decreasing confidence in the authorities’ capacity to keep us safe. Rarely, nowadays, do marriages or even “relationships” occur between people on opposite sides of society’s divide over abortion. Thus has conservative America already taken the biggest step to separate its most intimate redoubt from ruling class influence.

No one doubts that more such adjustments will happen—not so much by choice as by necessity. Recent experiences in totalitarian countries leave no doubt about the difficulties and odds arrayed against trying to raise families and living in counter-cultural mode. The smaller the enclave, the harder it is to do that.

Rather than counseling retreat for its own sake, Dreher urges such involvement in the public square as may continue to be possible, always keeping in mind that the goal is not to reform any other community, much less of the United States of America. Regrettably, that has ceased to be in our power as much as it had ceased to be in Benedict of Nursia’s power to save Rome. Rather the purpose of political activity must be to save what can be saved of one’s own family and community’s commitment to the good life as orthodox Christians and (and orthodox Jews) have always understood it.

Judicious retreat may not be enough to avoid a civil war, never mind to deal with the other crises that sweep away nations. If war comes, it must be fought. Whether or when a time might come when such part of the American regime as may have survived could leaven something new and worthy, is not for us to know.

This American Greatness article was republished with permission.