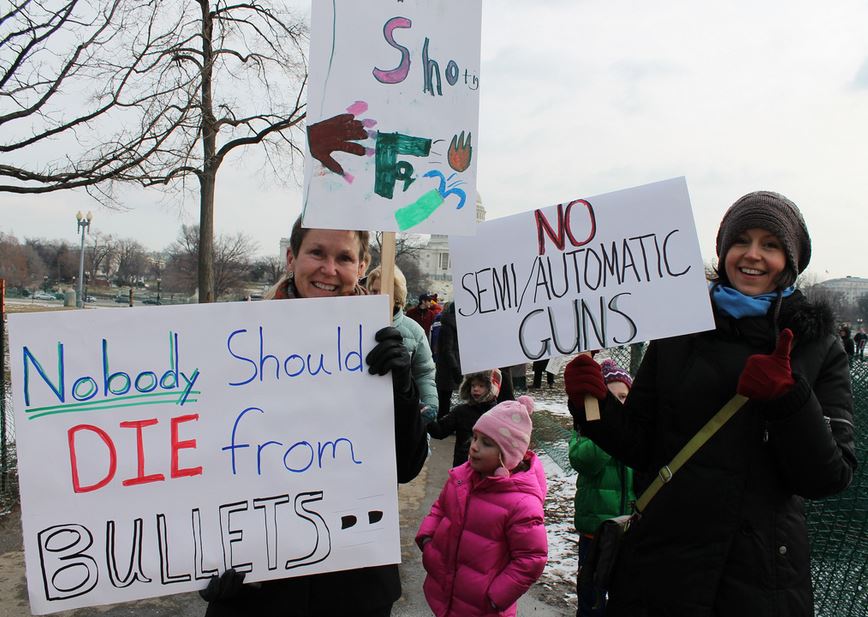 The recent school shooting in Parkland, Florida, has again created a debate over whether or not the country needs additional gun control laws. Rather than wading into that debate, perhaps we should explore why so little progress is made on this issue.

After each of the recent mass shootings or school shootings we have seen over the past few years, there has been an initial outcry demanding greater restrictions on gun purchases or ownership. These proposed ideas include more stringent background checks, regulations of certain types of firearms, and prohibitions on allowing the mentally ill to purchase firearms.

After much is written to support such “common sense” reforms, politicians begin debating them, and then nothing seems to occur. Why? There are four basic reasons I believe there has not been greater action by Congress to address this issue.

The most common answer is the National Rifle Association’s powerful lobbying efforts. The NRA is constantly vilified as favoring 2nd Amendment rights over the lives of children. But this is an overly simplistic explanation.

Who is the NRA? It is an organization of millions of gun owners across the country. It’s not some monolithic entity that operates outside of human will. It is a human institution, with people who are highly active and engaged on an issue of importance to them. So when we blame the NRA, or any other interest group with which we disagree, we are really saying that millions of our fellow citizens are advancing an agenda with which we disagree.

That’s fine. But in a democracy, that’s how things work. Democracy doesn’t require having a majority of the people supporting you, it requires having an active number of engaged citizens that support your cause and will vote, donate, and spend time in order to advance that cause.

The fact that those who support greater restrictions on gun ownership have not convinced a large enough number of their fellow citizens to take up their cause in a more participatory manner is not the fault of those who disagree with them.

We refer to the state governments as “laboratories of democracy” for a reason. It’s time to recognize that in the gun control debate there doesn’t have to be a “one-size-fits-all” solution imposed by Congress. Each state should be free to enact the gun laws it feels will be most effective in protecting its citizens while remaining consistent with the Supreme Court’s protection of gun ownership as expressed in its Heller decision.

Similar to marijuana legalization and immigration, gun control is a perfect test case for federalism. Allowing states to experiment with their gun laws and comparing the results is the appropriate solution to this issue. Attempting to force the people of North Dakota to accept the demands of citizens from California, on the other hand, is simply counterproductive.

What constitutes an “assault weapon”? What event qualifies as a “school shooting”? These are just two of the important concepts that people use and assume that others agree with their definitions. For example, one prominent gun control group produced information that supposedly showed there have been 18 school shootings in the U.S. in 2018 alone.

However, it counted events such as a suicide in a closed school building, the accidental discharge of a security officer’s firearm in which no one was hurt, and a criminal who ran on school property to flee police as school shootings. These are clearly not the same types of events as a mass school shooting such as occurred in Parkland, Florida, or at Columbine High School in Colorado. Yet many media outlets reported the claim without bothering to note the distinctions.

Until we can all get on the same page regarding how we define important terms, it will continue to be virtually impossible to reach an agreed upon solution. Significant disagreement exists on these and other terms. Because of this, a “national” approach to this issue is likely to remain elusive.

We Don’t All Agree on the “Solutions”

The calls for congressional action come most often from those wishing to restrict gun ownership. However, not everyone agrees that this is the correct approach. For example, according to the National Conference of State Legislatures, there are sixteen states that ban carrying a concealed weapon on a college campus, ten states that allow concealed weapons on college campuses, and 23 states, including my home state of Oklahoma, which leave this decision in the hands of each institution.

The fact that so many states disagree as to whether greater restrictions or greater freedom is the right course clearly demonstrates that there is significant disagreement on what should be done.

The Most Reasonable Approach

Given the above reasons for inaction at the federal level, it seems fairly obvious that the appropriate solution to this issue would be for states and communities to continue to develop those policies their citizens most support. Such an approach would align public policies with the preferences of majorities in each state and avoid the obstacles mentioned above.

Also, the burden of action should not rest solely on the shoulders of elected officials. Individuals should find out what the security measures and policies of local schools are. They should familiarize themselves with the gun laws of their states. If they believe any of these are inadequate, they should advocate for change to officials at the local and state level who most likely share those concerns and who will be responsive to those efforts. In short, citizens need to practice self-government.

The fact is, mass shootings, and especially school shootings, are the results of a variety of complicated factors. Simplistic solutions will not solve these problems and have little likelihood of national action. However, if the parents, teachers, and students of any state or community want some legislative action to address this issue, let them advocate for it with their state and local government officials.

The reality is Congress isn’t, and can’t be, responsible for anyone’s personal safety. That responsibility has to fall on individuals, communities, and state governments. If you’re not advocating for real change there, you’re not likely to get the results you’re seeking — whatever those may be.

James Davenport is an award-winning professor of political science at Rose State College and has also taught economics at the University of Central Oklahoma. You can find him online here.