How John Dewey ‘Deadened the Souls’ of America’s Children 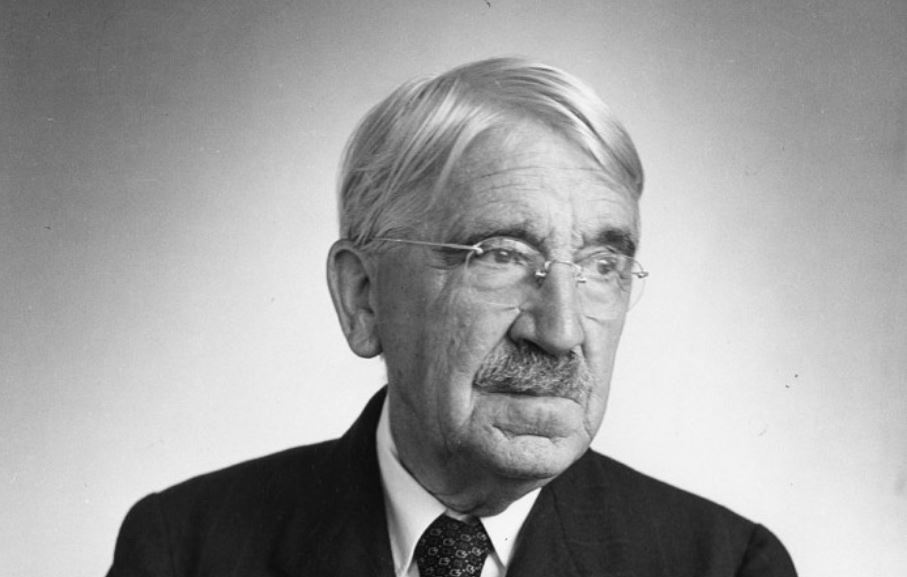 The story of American public education begins with Horace Mann. It was Mann who popularized the idea that American schools should teach all students, be non-sectarian, and tax-supported. A little less than a half-century passed between Mann’s death and the advent of John Dewey.

That half-century may well be the most dynamic period of American History. In Horace Mann’s world, schools were small, scattered, and teachers had to teach a small number of widely-varied students in one-room schoolhouses. By 1900, there were still many rural schools, but the United States was quickly becoming an urban nation. Whether attracted to city lights or forced out by crippling debts, many farmers were moving to the cities. Once there, they mixed with immigrants sweeping into the nation. In some ways, city life was more convenient—and certainly more entertaining. But urban life was also more dangerous and demanded skills that the schoolmarm could not teach in her one-room school.

To respond to those changes a political movement grew. The historian’s shorthand term for this movement is progressivism. If Horace Mann set out education’s goals, then John Dewey provided the progressive methodology. The following comes from an admirer and contemporary of Dewey’s:

The foremost interpreter, in educational terms, of the great social and industrial changes through which we have passed, and the one who has done more since 1895 to think out and state for us an educational philosophy suited to the changing conditions in our national life, is John Dewey….  Believing that the public school is the chief remedy for the ills of society, he has tried to change the work of the school so as to make it a miniature of society itself.[1]

Dewey was prolific, having written or collaborated in the writing of more than thirty books from 1887 to 1949, as well as myriad articles. That output, plus the obtuse nature of Dewey’s writing style, makes it difficult to briefly sum up his thoughts. What follows will be a capsule view of a complex philosophy.

Dewey’s overall position is sometimes called Pragmatism, holding that knowledge arises through, “an active adaptation of the human organism to its environment.”[2]  Knowledge and truth are discovered by the student instead of being imparted by the teacher. Truth changes according to changing circumstances. Success lies not in knowing the tried-and-true lessons of life but in the ability to adapt by discarding outworn ideas and embracing new standards.

According to Dewey, traditional schools inculcated obedience, which he argued was a ‘negative virtue,’ inconsistent with democratic society. Lecture and rote-learning produced students that were docile, unquestioning, and likely to submit to authority.

Here can be seen many aspects of modern school life. Physical education, field trips, student councils, team sports, and a focus on problem solving all derive from the musings of John Dewey. Dewey’s dismissal of traditional morality can be seen in many places in his writing, as when he stated, “Morals that professedly neglect human nature end by emphasizing those qualities of human nature that are most commonplace and average; they exaggerate the herd instinct to conformity.”[3]

However, in other writings, Dewey was less critical of the herd. Like most progressives, he had a deep distrust of the value of the individual:

Individuals are led to concentrate in moral introspection upon their own vices and virtues, and to neglect the character of the environment.… Let us perfect ourselves within, and in due season changes in society will come of themselves is the teaching. And while saints are engaged in introspection, burly sinners run the world.[4]

For Dewey, the drive toward the collective was virtually automatic. The young needed to be able to live and function in a world that was not primarily composed of individuals:

Society is the process of associating in such ways that experiences, ideas, emotions, values are transmitted and made common. To this active process, both the individual and the institutionally organized may truly be said to be subordinate.[5]

An example of the practical effects of this philosophy is the emphasis on having students work in groups.

Under Dewey’s leadership, Columbia’s Teachers’ College became the premier school of education in the United States. Its graduates fanned out to other universities. By the time of his death in 1952, Dewey was roundly acknowledged to be the most influential American educator.[6] Dewey’s influence only grew after his death. For decades, his methods were applied in large urban school districts, but seldom in rural ones. Smaller school districts, with fewer resources and a ‘spare the rod, spoil the child’ attitude, often scoffed at Dewey’s progressive methods.

By the 1960s, that had changed. Better transportation made it possible for several rural schools to consolidate.  Many of those newly consolidated districts were suburban. Modern suburbanites demanded schools that employed progressive methods. By 1970, it was safe to say that every certified teacher had been trained by the disciples of John Dewey.

If Dewey’s theories had been accurate, it should have been the beginning of a bright new age of understanding. Instead, the world of the young has become uglier and increasingly self-centered.

What really happens when you couple Dewey’s pragmatic and collectivist ideas with the value neutrality that grew out of Mann’s non-sectarianism? The product is a philosophy that sees the student as merely an animal who functions in a kind of stimulus/response/adaptation cycle. Education is tedious because its utilitarian nature subverts development of the ability to see the beauty that underlies much literature, history, and the natural sciences. At the same time, its collective nature devalues them as individuals. Their souls deadened, students see only an ugly world—one which they do not care to understand.

Progressive education has ultimately failed because its premises are anti-human. Mann’s and Dewey’s ideologies must bear much of the responsibility for the deplorable state of American public education.

This Imaginative Conservative article was republished with permission.

[2] A useful introduction to Dewey’s philosophy is his entry on the Internet Encyclopedia of Philosophy.