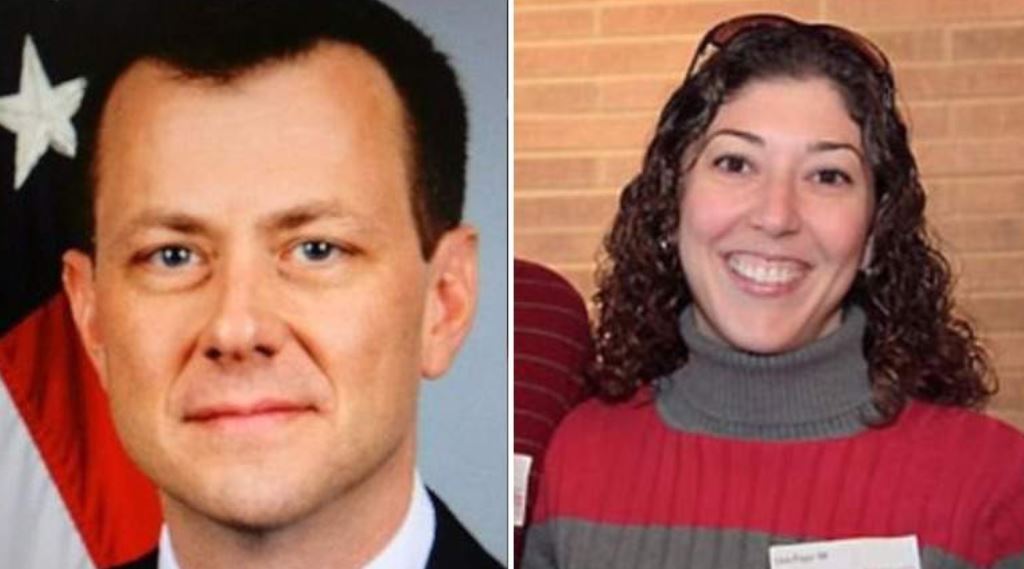 FBI Agent Peter Strzok was removed from Mueller’s team last summer when it was discovered he sent numerous anti-Trump texts to his alleged lover, Lisa Page, an FBI lawyer who also worked briefly for Mueller’s team.

Allegations of possible FBI misconduct arose, particularly in right-leaning media, following the revelation that Strzok spoke of an “insurance policy” in the unlikely event that Trump should actually be elected president.

The revelation that the FBI apparently “lost” five months of texts between officials involved in the probes of Hillary Clinton and Trump have only fueled suspicion of FBI misconduct.

What’s received less attention is texts suggesting that both Page and Strzok saw Mueller’s Russia probe as a likely wild goose chase. Via the Hill:

“You shouldn’t take this on. I promise you, I would tell you if you should,” she wrote.

Strzok later said he feels he has “a sense of unfinished business.”

“Now I need to fix and finish it,” he wrote.

However, Strzok expressed skepticism about whether the case would uncover any wrongdoing.

“You and I both know the odds are nothing. If I thought it was likely, I’d be there no question. I hesitate in part because of my gut sense and concern there’s no big there there,” Strzok wrote.

This last line is important because Strzok was intimately familiar with the Steele dossier, a document former FBI Director James Comey described as “salacious and unverified” information against Donald Trump. This information, we later learned, consisted of opposition research conducted by Fusion GPS, a strategic intelligence firm that had been retained by the Hillary Clinton Campaign and the Democratic National Committee.

Some credible individuals have publicly speculated that the Steele Dossier was perhaps Strzok’s “insurance policy” against Trump, whom Page and Strzok described as an “idiot” and “loathsome human.”

What we know is that Strzok, who was immersed in the collected intelligence alleging collusion between Trump and the Russian government, viewed the Mueller probe as a dead end. So, apparently, did Page.

This does not mean, of course, there was no conspiracy. But two FBI officials who despised Trump privately admitting to one another there probably is “no big there there” is important news.

And one cannot help but notice a stunning fact: traditional media are almost completely ignoring the revelation. Media that have reported the text buried it in laughable fashion. Take this ABC story, for example.

Put aside for a moment claims of corruption. Two FBI agents, both of whom had no love for the president and were intimately familiar with the intelligence, saw the probe as a dead end. This is an important revelation.

Yet major media seem to be having a great deal of difficulty sharing this information. And with a few notable exceptions (read: Glenn Greenwald and Matt Taibbi), few mainstream journalists have noted the conspicuous lack of evidence tying the Trump campaign to Russia. Why?

Is it possible that after so months of beating the Russian conspiracy drum many media outlets are not just invested in the narrative but see it as the only possible reality? If so, could this make them blind to any evidence that does not support that reality—that the Trump campaign is guilty of conspiring with the Russians?

I don’t know. But I do know America desperately needs not just a free press, but a brave and discerning one interested in truth.

Such words sound naïve—even as I write them—and they probably are. After all, 75 years ago, in his essay “Looking back on the Spanish War,” George Orwell was confronted by a sickening observation: “that the very concept of objective truth is fading out of the world.”

What gave Orwell such a feeling? Modern media.

“Early in life I have noticed that no event is ever correctly reported in a newspaper, but in Spain, for the first time, I saw newspaper reports which did not bear any relation to the facts, not even the relationship which is implied in an ordinary lie. I saw great battles reported where there had been no fighting, and complete silence where hundreds of men had been killed. I saw troops who had fought bravely denounced as cowards and traitors, and others who had never seen a shot fired hailed as the heroes of imaginary victories; and I saw newspapers in London retailing these lies and eager intellectuals building emotional superstructures over events that had never happened.”

One can only wonder what Orwell would make of Russiagate.