Did Trump Throw the First Pitch in a Trade War with China? 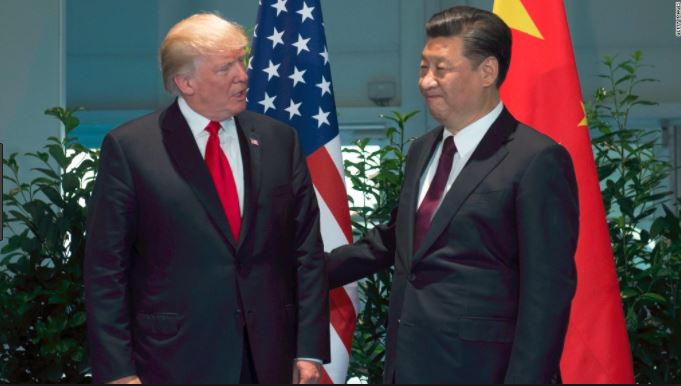 Despite receiving billions of dollars in subsidies, the U.S. solar panel manufacturing industry is not competitive with Chinese imports. There is a robust solar industry in the United States; it’s just not in the manufacture of panels.

As the Wall Street Journal explains: “The U.S. solar industry has discovered that its comparative advantage lies not in making panels, a basic product, but in adding value to imported cells and modules. This involves making and installing racking or framing systems and incorporating innovations like trackers that orient toward the sun.”

The Wall Street Journal adds, “While there are fewer than 1,000 jobs in U.S. panel manufacturing, some 260,000 jobs rely on access to imported panels.”

Today those 260,000 jobs are at risk because of a ruling by President Trump. The president—to show he is serious about his “America First” trade policy—imposed  steep new tariffs on imported solar panels from China and on washing machines from South Korea.

To be sure, the president is defending some American workers while placing at risk the jobs of many more American workers. Last fall when the tariffs were proposed, but not yet implemented, the Wall Street Journal editorial board wrote, “Solar tariffs would be another destructive exercise that benefits a handful of Suniva and SolarWorld [panel manufactures] investors at the expense of everyone else—including the rest of the solar industry. This is protectionism at its worst.”

Imagine what would happen to the U.S. computer industry if Chinese computer hardware imports were subject to large tariffs. Similar to solar panels, the comparative advantage of the U.S. is not in the manufacture of hardware but in the design of hardware and the production of software. A tariff on hardware would raise prices and cause demand to fall. The consequences would place millions of technology jobs in the U.S. tech industry to be at risk and billions in stock values would also be lost.

To make our example even more concrete, if the price of an iPhone, for example, rose by 30%, millions fewer iPhones would likely be sold. Layoffs at Apple would occur and would ripple through the firms servicing iPhone users through the development of apps.

Of course, thankfully, Apple and other tech companies are not foolish; they long ago decided that their fortune would not be made by manufacturing hardware in the United States. The world, including American workers, prospered when tech companies allocated resources to their most productive uses. Who would trade high paying software and hardware engineering jobs for low paying assembly line jobs manufacturing iPhones? Certainly not the Chinese workers, some of whom have committed suicide over the harsh conditions.

Recently Samsung began production of washing machines in South Carolina in a new $380 million plant employing over 600 workers. The state voted for Trump and they’re concerned how Trump’s protectionist policies will impact their workers. They’re wondering why the economy of their state should be placed in jeopardy to benefit a few.

Protectionism is popular among the economically illiterate because, while the benefits of a tariff are seen, the costs resulting from tariffs are often invisible. In the case of the American solar industry, the losses will be enormous and the consequences will ripple in unforeseen ways. When a homeowner installs solar panels, they do so to save money on energy. The money they save on energy is then spent on travel, on clothing, and on other consumer goods. Reduced demand for solar panels leads to jobs losses in industries seemingly unrelated to solar panels. Those lost jobs have no political spokesperson.

The likely result of Trump’s new tariffs will be lost jobs and more petitions for protection coming from other manufactures. If the president, thinking he has placed America first, has thrown out the first pitch launching a trade war with China, the world—including America—will lose.