Did the Catholic Church Invent Propaganda? 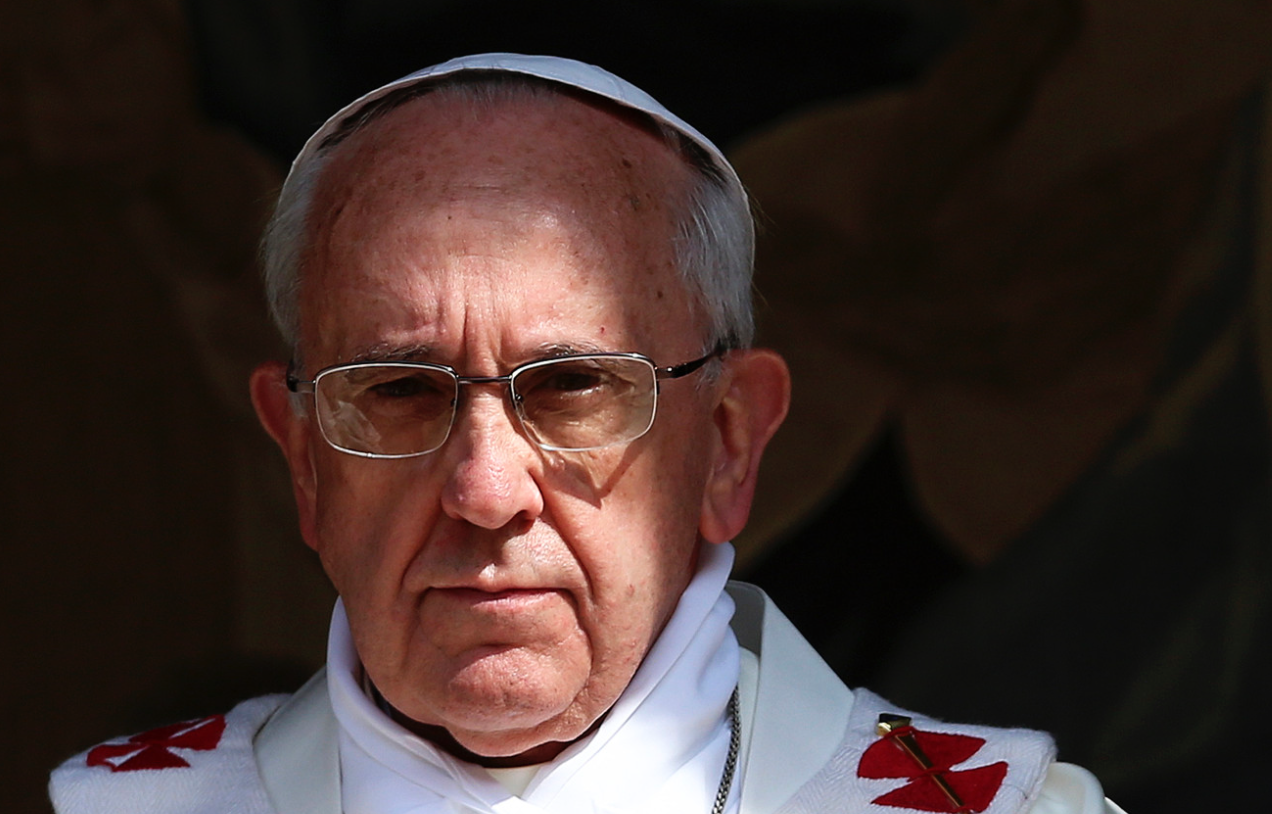 This is the charge leveled by French philosopher and sociologist Jacques Ellul in his 1964 book The Technological Society, which now has the infamous distinction of being Unabomber Ted Kaczynski’s favorite book.

Is the charge true?

As you might expect, propaganda has been used in one form or another for thousands of years. In their widely referenced text Propaganda and Persuasion, Garth Jowett and Victoria O’Donnell write:

“The use of propaganda as a means of controlling information flow, managing public opinion, or manipulating behavior is as old as recorded history. The concept of persuasion is an integral part of human nature, and the use of specific techniques to bring about large-scale shifts in ideas can be traced back to the ancient world.”

Leaders such as Alexander the Great and Julius Caesar utilized art, architecture, literature, public displays, and coinage to maintain control over their vast empires. In fact, coins have been one of the most effective mass propaganda techniques to be used throughout human history. The images on them have served well to establish in people’s minds the quasi-divine status of a leader, empire, or nation.

Christians, of course, have always used visual symbols and rhetorical flourish to persuade people of the truth of the Gospel. And there are periodic examples in the Church’s history—such as the Crusades—of using propaganda to drum up support for a mass movement.

But the real watershed moment for the Christian use of propaganda was the Protestant Reformation. Aided by the invention of the printing press and a convergence of historical factors, Martin Luther and others were able to quickly spread a message that aroused the sympathies of the people and effectively divided Europe in two. According to Jowett and O’Donnell, the techniques used during the Reformation provided something of a prototype for future propaganda campaigns:

“As a study in propaganda, the Reformation, particularly the role played by Martin Luther and his followers, is a perfect example of how the channeling of the message, couched in an empathic emotional context and provided with an effective means of delivery, can bring about mass changes in attitudes.”

After the development of the printing press and its judicious use in the Reformation, the adoption of propaganda techniques became a normal part of the strategies devised by those seeking to control or manipulate others.”

The Roman Catholic Church responded to the rise of Protestantism with its own campaign known as the Counter-Reformation. As part of its Counter-Reformation efforts, Pope Gregory XV created a special congregation in 1622 whose task was to undertake Catholic missionary efforts in nations that had been lost to Protestantism, in addition to evangelizing territories in American, Africa, and the Far East where Protestant missionaries were already making inroads.

So, yes, the Catholic Church did serve as the source for the term “propaganda.” However, to repeat what was said above, the use of techniques to persuade people is as old as recorded human history. And it’s important to note that these techniques, along with the term “propaganda,” have not always had the sinister connotation they have recently developed.

According to Terence H. Qualter, the negative sense of the term “propaganda” is a largely English-language phenomenon, and is at least in part attributable to anti-Catholic sentiment:

“In the 1840s an obscure encyclopaedist, W.T. Brande, concluded a brief historical outline of Gregory’s Propaganda:

‘Derived from this celebrated society the name propaganda is applied in modern political language as a term of reproach to secret associations for the spread of opinions and principles which are viewed by most governments with horror and aversion.’

It was some time after Brande before propaganda became a widely used word in English.”

But other reasons for the more sinister connotations of propaganda today certainly abound. Propagandistic techniques have been used to generate large-scale movements that have had disastrous, and often deadly, results over the past two centuries. In addition, the development of mass communications and psychology, as well as increased centralization, now allow messages to spread with a speed and efficiency unimaginable to past generations.

Above all, perhaps, modern man fears propaganda because he senses that his impoverished education and reduced freedom have severely weakened his ability to oppose it.