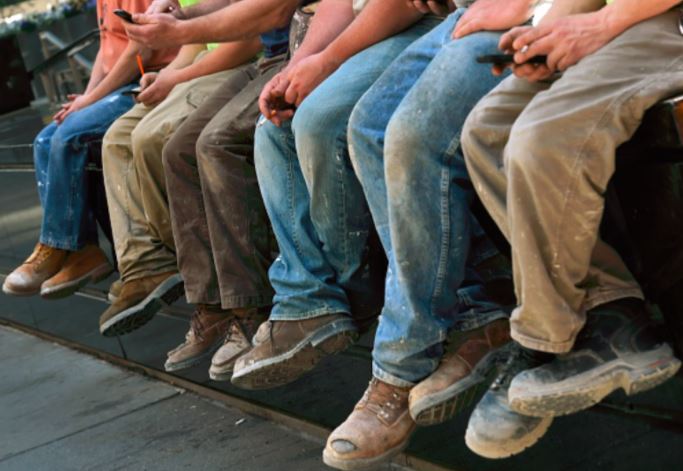 We Americans love our middle-class. The idea appeals to our egalitarian sensibilities. It’s the reason between 85 and 90 percent of Americans have historically identified as middle-class, and why politicians of all stripes claim their policies are really, truly pro-middle-class.

Considering this, it’s perhaps not surprising that Americans are excitable over data showing that the U.S. middle-class is shrinking.

The New York Times, for example, last year told the story of one Mike McCabe, a laid-off steelworker lucky enough to land a job at a paper company. The new job paid McCabe nearly $10-hour less, and the Times used his story to highlight the growing inequality in America’s economic system compared to European nations.

The Washington Post ran a similar piece the previous year bearing this headline: “The middle class is shrinking just about everywhere in America.” The article referenced a Pew study that showed for the first time the middle-class did not represent a majority of the U.S. population.

It would be easy to read these reports and miss a key truth: America’s middle-class is shrinking because people are moving up in class.

A look at Pew’s data and governments statistics reveal a consistent picture: America’s middle class is shrinking because families are getting richer.

None of these publications deny this, but it’s a fact that often gets buried or obfuscated. The middle-class is “losing ground,” as Pew puts it, because “the nation’s aggregate household income has substantially shifted from middle-income to upper-income households.”

Most people would say that American families making more money and moving from the middle-class to the high-income category is a good thing. So why the negative headlines?

The answer is probably related to our culture’s intense focus on economic outcomes (“inequality,” some would say). This appears to be the case in the Times article and the Pew report, both of which spoke to widening income inequality. The Times even noted a “worrisome” trend that showed the bottom income tier had nudged upward—from 25% to 26%.

But this figure is clearly an outlier. As Census data show, over the last half-century America’s shrinking middle-class has been accompanied by a steady decline in the low-income tier. Meanwhile, the percentage of Americans defined as “high-income” earners has more than tripled.

All of this is not to say that there have not been economic pangs in recent decades. There have. Some industries, trades, and communities have been hit harder than others. Workers in health care, education, and information technology have felt less pain overall than workers in manufacturing, construction, business services, and retail.

There’s an argument to be made that this new economy works better for some than others. Still, the aggregate data is clear: the middle-class is shrinking because families and individuals are getting wealthier.

Again, this should be positive news. But instead we see ominous headlines about a shrinking middle-class and increasing inequality. Such headlines bring to mind an observation by Winston Churchill.

Tragically, Venezuela is giving evidence to Churchill’s words. In 2013, the socialist state was dubbed “an economic miracle” by Salon. Today, starving mobs are beating cattle to death with stones for food.

The U.S. system has its flaws, but we should be grateful Americans are getting wealthier—especially in light of the tragedy in Venezuela.