Why the Worst Humans Are Able to Rise to Power 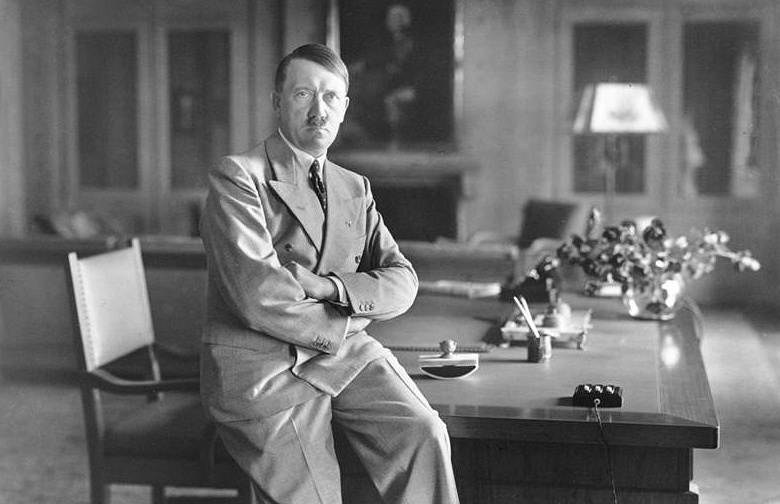 In chapter ten of The Road to Serfdom, “Why the Worst Get on Top,” Hayek continues to warn about the dangers of planned economies, but with a slightly different approach from earlier chapters.

Stepping into new territory, here we see Hayek not only identifying economic problems but also discussing the very nature of power itself. Specifically, he addresses how totalitarians are able to rise to power and coerce entire populations into absolute despotism.

What is so fascinating about Hayek’s warnings in this chapter is the fact that they were written at a time when the world was desperately trying to make sense of what had just occurred in Germany during WWII. Hitler and the Third Reich were all too fresh in the minds of all mankind, making Hayek’s warnings extraordinarily relevant.

The world was determined to never let that kind of evil loose on civilization again, but as Hayek warned, it is not merely a matter of making sure “good” people get elected to office; it is making sure totalitarianism is rejected at all corners: economic, political, social and all other forms imaginable.

History’s most notorious dictators did not rise to power randomly. And in this chapter of his book, Hayek explains why the most despicable people always end up with political power and why, to paraphrase Lord Acton, absolute power always corrupts absolutely.

There are three main reasons why such a numerous and strong group with fairly homogeneous views is not likely to be formed by the best but rather by the worst elements of any society. By our standards the principles on which such a group would be selected will be almost entirely negative.

In the first instance, it is probably true that, in general, the higher the education and intelligence of individuals become, the more their views and tastes are differentiated and the less likely they are to agree on a particular hierarchy of values. It is a corollary of this that if we wish to find a high degree of uniformity and similarity of outlook, we have to descend to the regions of lower moral and intellectual standards where the more primitive and “common” instincts and tastes prevail.

And this is precisely what happened in Germany prior to the rise of the Third Reich.

It is, as it were, the lowest common denominator which unites the largest number of people.”

After the German economy was decimated in the aftermath of WWI, economic woes were the bond that united all Germans. They may have had nothing else in common save this one element, but it was of enough importance to impact the day-to-day lives of all Germans.

In addition to the economic hardships brought about by the hyperinflation of the Weimar Republic, the “volk” had one other common element: They were all Germans. And from this came a propaganda campaign that would capitalize on these few similarities in order to further unite the German people to one cause: The Third Reich.

Here comes in the second negative principle of selection: he will be able to obtain the support of all the docile and gullible, who have no strong convictions of their own but are prepared to accept a ready-made system of values if it is only drummed into their ears sufficiently loudly and frequently. It will be those whose vague and imperfectly formed ideas are easily swayed and whose passions and emotions are readily aroused who will thus swell the ranks of the totalitarian party.”

The German people were exhausted after WWI. Like the rest of the globe, their economy had already taken the fiscal hits associated with the costs of long-term war. They wanted prosperity and they would take it however they could get it if it meant a guarantee of putting food on the table.

But they had also just finished fighting a war. Women were widowed, limbs were lost, and morale was at an all-time low as the entire globe was pointing its fingers at Germany.

When Joseph Goebbels was tasked with manipulating the German people into not only submission but full-blown fanaticism, he knew exactly what to do: unite the people in a common cause and direct them to a desired end. He also knew that a good propaganda campaign involved repeating certain slogans and rhetoric over and over again until it became second nature to the people, as Hayek explains above.

By utilizing a brilliant propaganda campaign that played to the sympathies felt by all Germans in the post-WWI climate, Hitler and his followers were able to hoodwink an entire nation.

But the real evil genius of the Third Reich’s propaganda campaign was its utilization of a common enemy that the whole populace could blame. This brings us to Hayek’s third reason the worst get on top:

The third and perhaps most important negative element of selection enters. It seems to be almost a law of human nature that it is easier for people to agree on a negative program—on the hatred of an enemy, on the envy of those better off— than on any positive task. The contrast between the “we” and the “they,” the common fight against those outside the group, seems to be an essential ingredient in any creed which will solidly knit together a group for common action. It is consequently always employed by those who seek, not merely support of a policy, but the unreserved allegiance of huge masses.”

The German people were mad, tired, and frustrated with their situation. Blaming the nations responsible for making their country pay reparations was not sufficient since, at the time, Germany lacked the ability to do much about it. Instead, the enemy became anyone who wasn’t like everyone else.

Don’t Give up Your Power

Though Hitler’s detestation of the Jewish population is no secret, they were not the only people on his list. Anyone who didn’t have German blood coursing through their veins was a threat to the fatherland and had to be stamped out.

Most people would protest that they would be guilty of condemning entire segments of the population to death, but what is important to understand about Germany in WWII is that most Germans did not understand the magnitude of the situation.

They had capitulated power because they were desperate for change. But by relinquishing that power, they allowed horrible, unchecked atrocities to occur. But as Hayek says, there is “an increasing tendency among modern men to imagine themselves ethical because they have delegated their vices to larger and larger groups.”

This in itself hits at the very core of why all totalitarian regimes are dangerous. If individuals give up all their power to an authority, there are no longer any checks on power. All things that can be done will be done, and the people, through their own volition, have allowed this to come to pass because the ends were more important than anything else.

It is, even more the outcome of the fact that, in order to achieve their end, collectivists must create power—power over men wielded by other men—of a magnitude never before known, and that their success will depend on the extent to which they achieve such power. Power, and the competitive system is the only system designed to minimize by decentralization the power exercised by man over man.”

Few politicians are ever elected on a platform of brutality of epic proportions. Had the German people known what the end results of the Third Reich would be, I doubt the majority would have complied. But it is always easier to make these claims in hindsight.

So how, as individuals, can we do our best to ensure we do not let this happen again? How do we do our absolute best to ensure that we are not tempted in the face of economic uncertainty or foreign threats? The answer is constant vigilance.

Be wary of any politician who is eager for the masses to give up their power, and when faced with such a decision, remember the creed so commonly associated with the great Ludwig von Mises, “Tu ne cede malis sed contra audentior ito,” do not give in to evil but proceed ever more boldly against it.

Brittany Hunter is an associate editor at FEE. Brittany studied political science at Utah Valley University with a minor in Constitutional studies.