When Americans Tried – and Failed – to Reunite Christianity 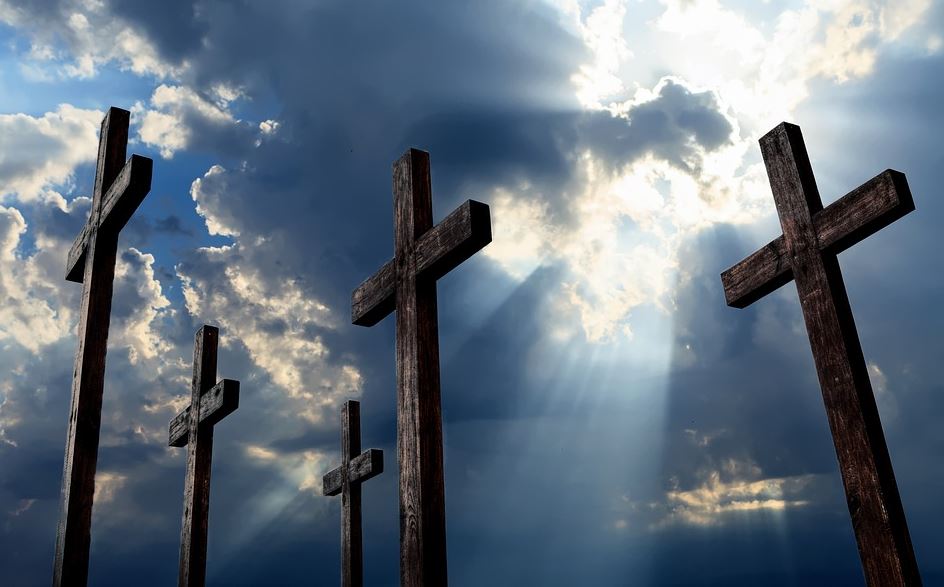 Five hundred years ago, Martin Luther, a German monk, initiated a split in Christianity that came to be known as the Protestant Reformation. After the Reformation, deep divisions between Protestants and Catholics contributed to wars, hostility and violence in Europe and America. For centuries, each side denounced the other and sought to convert its followers.

Then, in the early 1900s, ambitious Protestants in the U.S. attempted the unthinkable. Building on ideas circulating in Europe, they took charge of an effort to negotiate the reunion of Christianity. They failed, of course. Strange as it might now seem, their effort is nevertheless informative. Here’s why.

By 1900, atheists and agnostics were becoming more prominent in the U.S. Anxious Protestant religious leaders started to argue in favor of a united Christianity to stop the spread of these ideas.

Noted theologian and fellow at Yale Newman Smyth complained at the time about religion’s “lost authority” in family, community and intellectual life. He declared, “a Christianity divided in its own house against itself” could not survive.

In response, in 1910, a very small but highly influential group comprising theologians including Smyth, as well as ministers of prestigious churches and noted business professionals, committed themselves to “Christian unity.”

For this group, unity meant more than cooperation or mutual understanding. It meant the actual reunion of Protestantism and Catholicism.

Their most significant member was Charles Brent, an Episcopalian bishop.

In the early 1900s, Brent had been a missionary to the Philippines. While there, he became friends with John Pershing, the army officer overseeing much of the territory acquired by the U.S. This friendship would propel the bishop to greater prominence.

When the United States entered World War I in 1917, Pershing (depicted right) took command of U.S. forces in Europe. He persuaded Brent to organize and lead the newly established corps of army chaplains. As he built up the ranks of chaplains, Brent showed his own commitment to Christian unity. Though a Protestant, he made a Catholic priest his second in command and encouraged recruitment of Catholic chaplains.

When Brent returned to the United States in 1919, he was even more convinced that “a divided Church” was a “fundamental disloyalty to Christ.” He lent his name to publications and events to build support for the cause.

Proponents of unity recognized the need to proceed slowly with this difficult task. Smyth, for example, insisted that they not rush to put forward “particular plans or measures.” Rather, the group should simply arrange meetings and conferences where Catholics and Protestants could discuss their differences. Smyth hoped that the “sentiment for unity” would emerge from dialogue.

But years of discussion brought no progress toward actual unity. The biggest obstacle was that, despite repeated invitations, Catholics took no part in the effort beyond sending unofficial observers to occasional meetings.

There were other issues as well. Protestants expected concessions from both sides. They also expected Catholics to limit the power of the papacy. One Protestant theologian, Charles Briggs, had anticipated that the Vatican would place a system of checks and balances on the pope. In exchange, Protestants said they might accept the papacy, abandoning a critique that dated back to the Reformation.

Catholics found such expectations to be absurd. They rejected any demand for changes to their church.

Despite these difficulties, motives beyond religion gave the movement’s leaders new inspiration in the 1920s. They thought Christian unity offered a path to global peace.

It was a time when America’s role in global affairs seemed uncertain. While American intervention had helped allies win the war, the U.S. had rejected the Treaty of Versailles, the agreement which ended the war. The U.S. also refused to join League of Nations, brainchild of President Woodrow Wilson, formed to resolve international disputes. The possibility of another war loomed large.

To this group, Christian unity offered an alternative means to achieve peace. It was a way of preventing more bloodshed. In correspondence with a friend, Charles Brent worried that only “new unity among the churches” would prevent “hideous waves of terror” from striking “people of the next generation.”

Another supporter, peace activist Peter Ainslie, predicted that fights between Catholics and Protestants would continue to spark global conflicts. Only the “union of Christian forces” would bring an end to militarism and lead to global peace, he noted.

Statements like these highlight how some Americans connected religion to international politics after World War I. But they also reveal why the unity effort failed to win broad support.

The American people had as little interest in global Christian unity as they did in the League of Nations. After the turmoil of the war years, many wanted a focus on domestic issues. They had no wish to remake familiar institutions like the church. This became clear in the 1920 presidential campaign, when Warren Harding won a landslide victory after running an isolationist campaign. His slogan, “Return to normalcy,” signaled an end to the previous decade’s lofty efforts to transform the world.

Furthermore, most Protestants had as little enthusiasm for these efforts as Catholics. They argued that institutional reunion of Protestantism and Catholicism was not needed. “Outlook,” a nationally read Protestant periodical, for example, ran an editoral stating that both sides already agreed on the “essential elements of Christianity” and whatever differences remained were merely “distinctive denominational peculiarities.”

The effort for unity was not a complete failure, though. It helped advance unity through dialogue. Its greatest success was a 1927 conference in Lausanne, Switzerland. Organized largely by Americans and presided over by Charles Brent, the gathering prompted new dialogue among Protestants, both in the United States and in Europe.

In fact, the main unintended consequence of the unity campaign was that it caused people to realize that they did not want actual unity. It was possible, in other words, to accept the post-Reformation division of Christianity. The differences separating the Protestants and Catholics could be shrugged off as “peculiariaties” rather than intolerable divisions.