Trump’s Rhetoric—the Good, the Bad, and the Ugly—Won’t Determine His Presidency 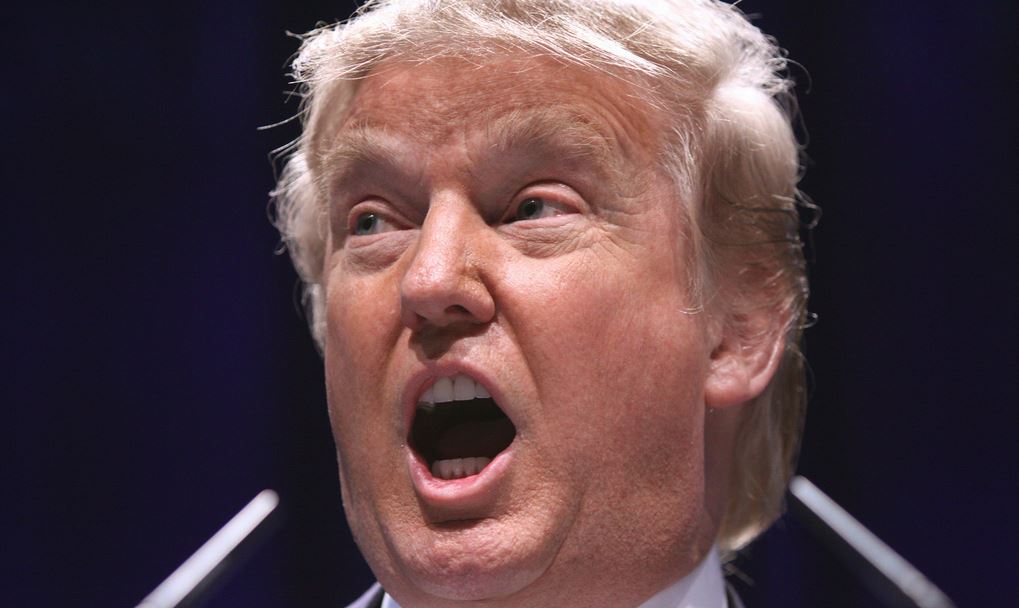 and it is a kind of good deed to say well;

and yet words are not deeds.

As someone who has spent virtually his whole life in the labor of words, spoken and written, prose and poetry and political commentary, I could hardly assert that what a person says and writes is not important.

Language is something all of us share and participate in, and there is no doubt that speaking well and writing well begins as a gift, and when nurtured and developed, is something to be grateful for and admired.

I say all of that as an author and as a person whose working tools are words. I say this as  someone who writes a great deal about politics and government.

We happen to live at a moment in our nation when our president’s best qualities are not what he says, particularly “off the cuff,” responding to criticism, or in his inimitable signature “tweets” in the social media. To many, especially his opponents, his language is unfit for a president, provokes disdain and embarrassment, and arouses dislike. To his supporters, his words and comments are inspiring as rebuking the political establishment and the fashion of “political correctness,” but few would assess his words as eloquent or polished or temperate.

Curiously, most of his prepared speeches, when faithful to their text, are quite good. That is the result of a talented team of speechwriters. Except for Abraham Lincoln, most presidents have had speechwriters, and in the cases of Franklin Roosevelt, John Kennedy and Ronald Reagan, they are remembered well for their prepared speeches—although each of them were graceful and able speakers on their own.

President Trump is not a naturally graceful or eloquent public speaker. But since he operates now in politics, that does not mean he is not often an “effective” speaker. The 2016 Republican presidential debates were a case in point. Mr. Trump won most of those debates. His support grew after each of them. The judges of a formal debate would not have graded him well—and certainly not the winner. But the real judges of those debates were voters, and they determined that he spoke best about the issues which were on their minds.

In the general election, this phenomenon continued as the Democratic nominee uttered platitudes and other predictable comments while Mr. Trump continued to disrupt conventional wisdom and “safe” conversation.

Elected president, Mr. Trump has continued to speak in much the same manner that he did during the campaign. He, as the saying goes, drives most Democrats “crazy”—as he does some Republicans. The most common criticism is that “he does not speak like a president should.”

In fact, it must be said that Donald Trump does not speak most of the time like any president of either party before him ever did.

As the universally astute and timelessly canny Mr. Shakespeare wrote in the quote above, however, words are not to be mistaken for deeds. This is especially important to note when discussing the work of government and public policy. Politicians are frequently notorious for how they employ words—words that sound good and reassuring and even eloquent, but all too often lead to no action, no decisions, and no change.

In that regard, President Trump seems almost prodigious in his accomplishments so far, especially in reversing, undoing and changing the policies and actions of his predecessor Barack Obama. Mr. Trump has, in a very short time, disrupted not only the status quo of the previous liberal administration, but also not a little quantity of what previous Republican administrations did.

My admonition to readers to pay more attention to Donald Trump’s actions than his words is not meant to change anyone’s ideology, or to make anyone more inclined to agree with him. It is, however, intended to remind all—friends of Donald Trump, his foes, and those who have not yet made up their minds about him—that beneath the flurries of words, some very serious political actions and transformations are taking place.

Mr. Trump’s unprecedented upset of the large field of his own party’s candidates, and then his defeat of Hillary Clinton was not some unexplainable accident. Nor was Mr, Trump’s strategy that of some brilliant advisors. Donald Trump made it all happen himself, often against the advice of his own staff and friends.

This does not mean that Donald Trump will be a successful president, nor that he will be re-elected in 2020. He has only begun to govern in a volatile domestic economy and a global period of uncertainty. His disruption of U.S. political establishments might fall short or fail outright. His and his party’s policy promises might remain stalemated.

It does mean, however, that his words, tweets, and hypersensitive need to hit back at his critics are not likely the determining factors in his conduct of the presidency. Failure to understand this, in my opinion, only fuels his continued domination of the political marketplace, and his hold on the key voters who want something to get done now in Washington, D.C.