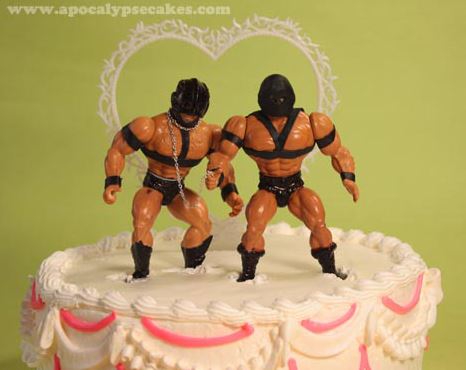 Does the First Amendment allow the government to force a cake baker to make custom cakes in violation of his own conscience and religious beliefs?

The answer is “no.” Our legal system must protect people like Jack Phillips, a cake artist and small business owner asserting a First Amendment defense against the Colorado Civil Rights Commission, which punished him for declining to create a custom wedding cake for a same-sex ceremony.

Many business owners like Jack are simply trying to live out their faith in the way they run their businesses across our country—yet their freedom to do so is being threatened in new ways.

Jack clearly has a free speech right to act as he did. The free speech clause of the First Amendment does have a few limitations, but none are applicable to this case.

By declining to create a cake, Jack was not engaging in obscene speech. He was merely refraining from violating his conscience and religious beliefs.

Unfortunately, Colorado is claiming that its anti-discrimination laws can compel someone to speak a certain message regardless of the individual’s objections to that message. Yet government involvement in compelling such uniformity is unconstitutional and un-American, and the Court should clearly say so.

Due to our nation’s tragic racial history, anti-discrimination laws were created to ensure that all citizens are treated justly and fairly. Ensuring equal protection for all citizens regardless of their race is a necessary and commendable goal.

But anti-discrimination laws have since expanded beyond their original purpose, and have been used to compel approval of sexual ideologies. Those who dissent from those sexual ideologies find themselves increasingly in the crosshairs of such laws, and their freedoms marginalized.

This dissent from new sexual ideologies is nothing like the system of widespread, government-sponsored racial discrimination that our anti-discrimination laws were originally designed to address.

Is it making sure that everyone who seeks a cake can get one? Or is it trying to protect certain people from having hurt feelings when an artist chooses not to customize a cake?

When the market at large is supplying a cake, there is no good reason to force a certain individual to create it—especially when doing so would violate their most deeply held beliefs.

In an ideal world, those seeking a cake for a same-sex wedding would go to a cake shop where the bakers are happy to bake a cake for a same-sex wedding. (In fact, that’s just what happened with Jack’s prospective customers, who got their cake free of charge elsewhere.) Those who want to buy the cake would get one, and bakers seeking to protect their consciences would be able to do so.

But when anti-discrimination laws are misapplied, as they are now, religious liberty and freedom of conscience are threatened.

As the state seeks to wield anti-discrimination laws to force Americans to publicly approve of same-sex marriage, those who oppose the state’s view become marginalized citizens, and they are attacked for merely dissenting.

This is why Jack’s case is so important. It fully illustrates the danger of Colorado’s attempt to require uniformity in speech and beliefs about the nature of marriage.

The state will say its goal is to eliminate discrimination. But by penalizing business owners for acting according to their deeply held religious beliefs, it will effectively drive all people with dissenting opinions out of the marketplace, or require them to disown their consciences.

The result will be a fractured America in which not everyone is entitled to a place in the public square.

This enforced uniformity is not confined to the state of Colorado. Barronelle Stutzman of Arlene’s Flowers is facing the same limitations on her freedom in Washington state. The state’s attorney general sued her in her personal capacity after she refused to use her God-given talents to create a floral arrangement for a same-sex ceremony.

Despite her history of serving and employing people who identify as homosexual, Arlene was found guilty of discrimination by the Washington Supreme Court and branded a bigot in the media—and could end up suffering significant financial loss if the lower court rulings are affirmed in her case.

For Stutzman, these were the repercussions of not falling in line with the state’s view of marriage, and instead acting according to her own religious beliefs. Stutzman has also asked the Supreme Court to hear her case.

Freedom of speech and freedom of religion are two of our oldest and most sacred freedoms in this country. Those who sought a government redefinition of marriage made full use of their First Amendment rights to agitate for social change. Now that they’ve won, they are seeking to undermine those very rights for people who disagree on the definition of marriage.

This cannot be allowed. The integrity of the First Amendment is at stake, and countless people like Jack Phillips and Barronelle Stutzman stand to lose their livelihoods. The Supreme Court must decide this case in favor of liberty, not coercion.