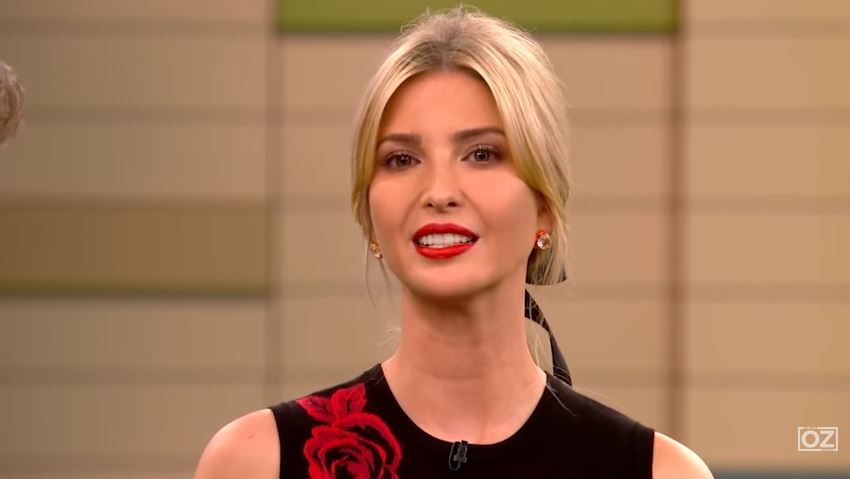 Within the past several years, more celebrities and public figures have come forward to talk about their struggle with postpartum anxiety and depression.  A few weeks ago, while appearing on Dr. Oz’s daytime television program, Ivanka Trump revealed her struggle with postpartum depression (PPD). Members of the media responded by accusing her of using it for political gain.

Ruth Graham, a contributor at Slate, wrote that Ivanka’s revelation of her struggle “felt like evidence of Ivanka’s greatest talent: recognizing when a topic is innocuous enough that she can safely use it to build her personal brand at no risk to her reputation.”

Graham states further, “it’s surely a good thing that another high-profile woman is discussing her postpartum depression in the public sphere. Still, it’s striking how canny Ivanka’s instinct is for feeling out when an issue has become so uncontroversial that discussing it imposes no cost on her. If she’s determined that her struggles with difficult feelings in the wake of childbirth is worth discussing on daytime television, it likely means she is confident that no one will judge her harshly for it.”

Many other critics and users of social media went on the attack against her, even delighting in Ivanka’s suffering. For example, self-proclaimed feminist Kimberly Foster sent out a tweet saying “Girl. Suffer.”

“[M]ost of those disclosures look like Ivanka’s: inspirational, first-person tales, rather than any concerted political action,” Doyle writes. “Like philanthropic gestures or wearing ribbons to award shows, it gives stars the chance to associate themselves with political causes without forcing them to assume a political stance, to examine the issues that makes these problems worse.”

The reality is that women from all walks of life suffer from postpartum anxiety and depression. Unlike feminist writers, PPD does not make distinctions across political or class lines.

According to the National Institute of Mental Health, postpartum anxiety and depression occur in 15 percent of women who give birth. It does not have a cause, but likely results from a combination of physical and emotional factors. Medical experts do not believe that PPD occurs because of something a mother does or does not do.

For so long postpartum has been stigmatized. As Graham noted, it “was once taboo for role-model mothers to talk about PPD, regarded as a confession of weakness or unnaturalness.” This is no longer the case. The issue is now “a mainstay of women’s magazines and tabloids.”

Perhaps because of this, many in the media are quick to assume that any celebrity or public figure who reveals their postpartum struggle is doing so for political gain, attaching themselves to this health issue for sympathy or attention.

This is cynical thinking.

Celebrities, Ivanka Trump and others like her, are in a unique position to raise awareness about this topic.  We, as mothers and women, should be opening our arms to any mother suffering from PPD, celebrity or not.  It’s unfair to cherry pick who is worthy of suffering.