Was C.S. Lewis a Libertarian? 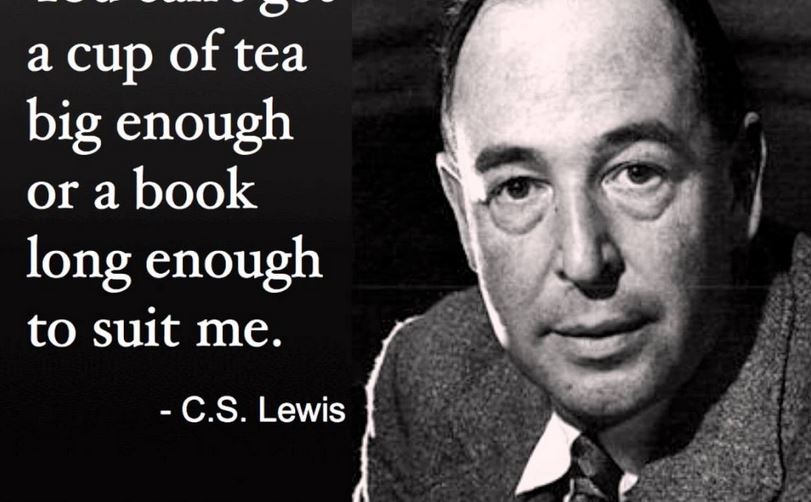 Most of us are familiar with C. S. Lewis and his enduringly popular Chronicles of Narnia, his Space Trilogy, his various works of Christian apologetics such as Mere Christianity, and his natural law classic, The Abolition of Man. But only a small fraction of Lewis’ readers are aware that Lewis, for all his personal distaste for politics, fits soundly within the classical liberal and libertarian tradition of limited government and individual freedom.

Thankfully, in the past decade, several scholars have produced works that highlight Lewis’ libertarian views.

Two of the most helpful discussions of Lewis’ libertarianism are offered by David J. Theroux, C. S. Lewis on Mere Liberty and the Evils of Statism and Justin Buckley Dyer and Micah J. Watson’s C. S. Lewis on Politics and the Natural Law. My own discussion draws significantly from both these sources.

First, we must recognize that Lewis’ libertarian views spring from his distrust in human nature, a distrust grounded firmly in Lewis’ Christian belief system. This is specifically true regarding the doctrine of humanity’s fall and enduring sinfulness.

Lewis begins his Spectator essay Equality by pronouncing, “I am a Democrat because I believe in the Fall of Man.” He specifically contrasts his philosophical motivations for democracy (as opposed to monarchy) with “people like Rousseau, who believed in democracy because they thought mankind so wise and good that everyone deserved a share in the government.”

Rather, Lewis argues, “The real reason for democracy is just the reverse. Mankind is so fallen that no man can be trusted with unchecked power over his fellows. Aristotle said that some people were only fit to be slaves. I do not contradict him. But I reject slavery because I see no men fit to be masters.”

Lewis believed that since humanity was corrupted by sin, it was a grave mistake to consolidate too much power into one person

Significantly, Lewis explicitly includes himself among the unworthy would-be rulers. He writes, “I don’t deserve a share in governing a hen-house, much less a nation.” Lewis also believed that fallen human nature could undermine democracy. In Screwtape Proposes a Toast, Lewis specifically cautions against democracy’s tendency to foster envy and punish individual achievement.

Lewis Compared to Madison and Bastiat

Lewis believed that because humanity was corrupted by sin, it was a grave mistake to consolidate too much power into one person or a small group. In this sense, Lewis’ concerns resemble those which motivated James Madison in Federalist 51 to argue for the separation of governments and powers. Because of “human nature,” writes Madison, men are not “angels,” and therefore “Ambition must be made to counteract ambition.”

Similarly, Lewis’ understanding of how corrupted human nature necessarily corrupts government leaders resembles that of Frédéric Bastiat, who writes in The Law:

If the natural tendencies of mankind are so bad that it is not safe to permit people to be free, how is it that the tendencies of these organizers are always good? Do not the legislators and their appointed agents also belong to the human race? Or do they believe that they themselves are made of a finer clay than the rest of mankind?

Lewis’ firm belief in human moral imperfection was a central aspect of his overall adherence to the natural law tradition, which holds that human conduct should be based on a set of unchanging moral principles.

Lewis’ own writings display a belief in limited government and a distrust of government-enforced morality.

As Dyer and Watson observe and as Lewis’ English Literature of the Sixteenth Century demonstrates, one great natural law influence of Lewis was the Anglican clergyman Richard Hooker. But Dyer and Watson also stress Lewis’ indebtedness to John Locke, whose classical liberalism stood in contrast to Thomas Hobbes’ “statist solution” for resolving civil strife.

Dyer and Watson wrote that “Locke’s project was to limit government to the protection of individual natural rights.” They note that “Locke explicitly tied” this belief to Hooker’s natural law teachings even as they observe that Locke, unlike many in the classical natural law tradition, deemphasized “government’s perfecting role.”

Against Theocracy and Technocracy

Reflecting Locke’s influence, Lewis’ own writings display a belief in limited government and a distrust of government-enforced morality, a distrust again grounded in Lewis’ convictions regarding fallen humanity. In particular, Lewis was distrustful of theocracy and its abuses wrought by sanctimonious self-justifications. In his posthumously discovered “A Reply to Professor Haldane,” Lewis writes:

I believe that no man or group of men is good enough to be trusted with uncontrolled power over others. And the higher the pretensions of such power, the more dangerous I think it to the rulers and to the subjects. Hence, theocracy is the worst of all governments . . . the inquisitor who mistakes his own cruelty and lust of power and fear for the voices of Heaven will torment us infinitely because he torments us with the approval of his own conscience and his better impulses appear to him as temptations.

But Lewis’ fear of theocracy was exceeded by his fear of a moralistic scientific technocracy, a system Lewis believed a much greater threat to his day and age. In his 1959 letter to Chicago newspaperman Dan Tucker, Lewis writes:

I dread government in the name of science. That is how most tyrannies come in. In every age the men who want us under their thumb, if they have any sense, will put forward the particular pretension which the hopes and fears of that age render most potent. They “cash in.” It has been magic, it has been Christianity. Now it will certainly be science.

In both these pieces, Lewis makes clear his concerns that a ruling elite will try to exert power over the populace as a whole by using the pretense of superior knowledge and moral, supernatural, and/or scientific authority.

Not surprisingly, Lewis also articulates such apprehensions in his writings published during World War II, a period that saw significant expansion of government power throughout Europe and America.

In The Abolition of Man, Lewis highlights his concerns about the machinations of seemingly benevolent but ultimately totalitarian scientific bureaucracy that would seek to make obsolete church, family, and virtuous self-government. And in the final book of his Space Trilogy, That Hideous Strength, Lewis depicts a group of intellectual elites who attempt to use science to supplant the natural order.

Buckley and Watson also highlight how Lewis’ beliefs regarding state enforcement of morality resemble the classical liberal convictions of John Stuart Mill and his harm principle, articulated in On Liberty, that “the only purpose for which power can be rightfully exercised over any member of a civilized community, against his will, is to prevent harm to others.”

For Lewis, the harm principle manifests itself specifically regarding the controversial topics of divorce and homosexuality. For, despite Lewis’ beliefs regarding both matters, he did not think the state should render either divorce or homosexual practice illegal. Rather, Lewis’ larger concern was to decry state intrusion upon matters of personal morality.

No sin, simply as such should be made a crime. Who the deuce are our rulers to enforce their opinion of sin on us? . . . Government is at its best a necessary evil. Let’s keep it in its place.” In an earlier letter addressing homosexuality–which was not decriminalized in the UK until 1967–Lewis writes that criminalizing homosexual practice helps “nothing” and “only creates a blackmailer’s paradise. Anyway, what business is it of the State’s?

Addressing Great Britain’s then-severe restrictions against divorce, Lewis in Mere Christianity warns Christian voters and members of Parliament against trying “to force their views on the rest of the community by embodying them in the divorce laws.”

Quite simply, Lewis writes, people who are not Christians “cannot be expected to live Christian lives.” Addressing marriage in the same paragraph, Lewis advocated for an explicit distinction between church and state. He writes:

In light of Lewis’ statements on these matters, certain scholars have speculated that Lewis would stand on the contemporary matter of same-sex marriage. Norman Horn suggests that Lewis would propose an approach to same-sex marriage that would emphasize freedom of association and would reflect the distinction between church and state that he made in Mere Christianity.

With this distinction in mind, we may suggest that Lewis’ objections regarding same-sex marriage would be more directed toward the practices of Christian churches than state legalization.

At the same time, in light of Dyer and Watson’s observation that, for Lewis, “The first purpose of limited government is to safeguard the sanctity of the Church,” we may also surmise that Lewis would oppose any government mandate that would penalize churches or individual Christians that would refuse to participate in same-sex marriage ceremonies. For Lewis, any such mandate would be another manifestation of the state tyrannically enforcing morality and violating its appropriate limits.

David V. Urban is Professor of English at Calvin College. His scholarly writings include his ongoing work on the influence of John Milton upon C. S. Lewis and Lewis’ criticism of Milton’s Paradise Lost. He is a member of the FEE Faculty Network.