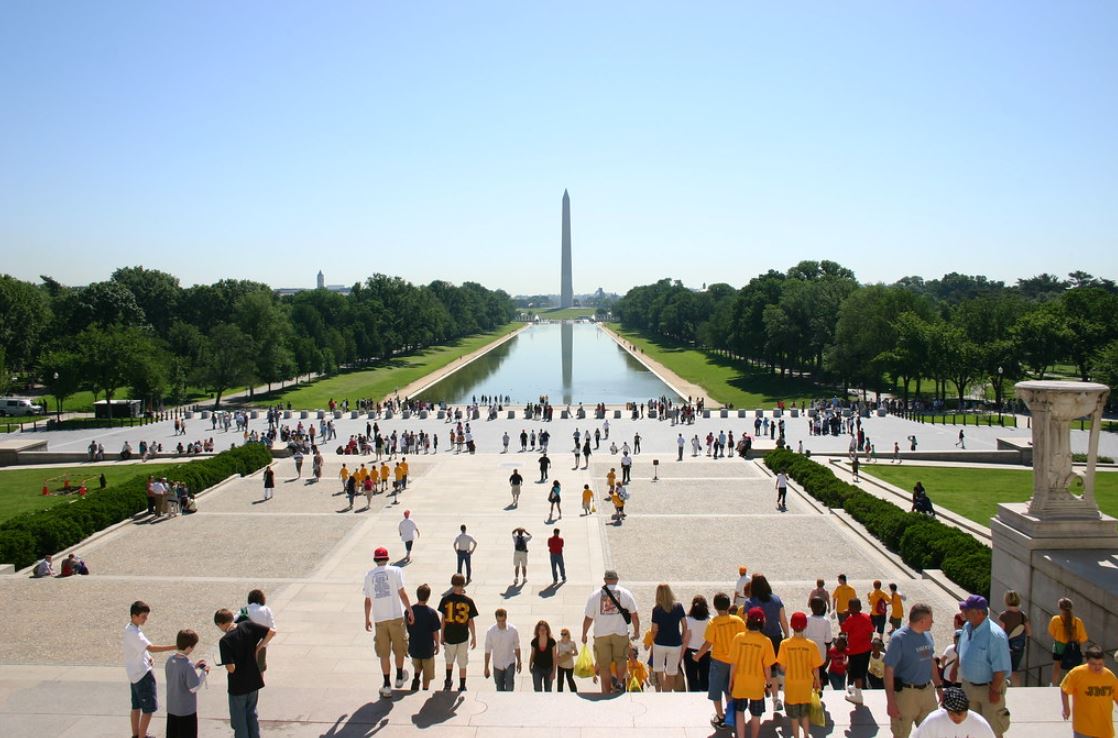 Washington D.C., a city that welcomes close to twenty million tourists each year, may get a new one: A forty-five-foot statue of a naked woman may be coming from San Francisco to spend several months on the National Mall.

The artist, Marco Cochrane, described his intentions in creating this work as follows: “These sculptures are about expressing what it would be like if women were safe… To me this sculpture answers that question… She’s absolutely fearless and accepting and being able to do that is a really powerful thing.”

Pictures suggest that he succeeded in presenting a powerful and beautiful image of the female form. Although the statue is super-sized, the nude has no hint of sexualization that would make its placement seem inappropriate in public. And Washington D.C. would hardly be the first major city to prominently feature naked statues, consider Oslo, Norway’s Vigeland Sculpture Park, Brussels’ Manneken Pis, and just about everywhere in Italy.

Yet there’s still little reason to get excited about this art exhibit making its way to Washington. As with just about everything in America today, there appears to be a less-than-subtle political message that will roll into town along with the statue, which will sit near the Washington Monument and directly face the White House: That this woman is staring down an enemy in President Trump and that his Administration stands opposed to women’s progress. In fact, those supporting bringing the statue to the nation’s capital note that, during the statue’s proposed time on the National Mall, there will be celebrations of the first anniversary of the so-called “Women’s March” and events raising awareness of the unpassed Equal Rights Amendment.

Rather than bringing Americans together to celebrate women’s progress and to call for unity around the idea of women as full and equal partners in society, the statue will be another vehicle for dividing Americans with the suggestion that supporting Donald Trump—or, more accurately, failing to condemn Trump and any politician who doesn’t follow the Democratic party line—is incompatible with supporting women as equal citizens.

This mentality is more than just a missed opportunity; it undermines real progress for women. The feminist movement increasingly is more than political; it’s explicitly partisan. Rather than representing clear principles, it uses a sliding scale for judging members of one party and another for its own. That’s how they end up with a march and movement that claims to represent all women, but that prevented any pro-life group from participating while allowing a woman who explicitly defends sharia law—a system that truly treats women as second-class citizens and denies them basic rights—to serve as one of the event’s spokeswomen. Trump’s inappropriate comments about women are consistently treated as evidence of evil intent to roll back progress for women, but liberals are given a pass to demean women with impunity.

This partisanship weakens what ought to be a powerful movement that could make a difference in advancing women’s interests worldwide. Good people can disagree about how extensive the government’s role ought to be in the economy and in providing a safety net. That’s something that feminists on the right and left should vigorously debate. But we ought to be able to speak with one voice on the idea that women everywhere deserve basic human rights, including the right to vote, work, own property, drive, and decide whether or whom to marry. In too many places, women are still truly not equal and lack these most basic protections. They need our support.

Thankfully, America isn’t one of those places. Of course, we ought to strive to continue to make our country a more equal society in which all people are treated with respect. Sexism and violence against women will always need to be fought here at home. Yet the feminist movement and too much of the dominant popular culture seem to want to position American conservatism—and particularly President Trump—as women’s greatest enemy and obstacle. That’s disrespectful not just to the millions of women and men who support this political philosophy based on the conviction that a less intrusive government is the best way to improve people’s lives, but also to women internationally who are truly oppressed.

Unfortunately, it’s not women’s empowerment, but this hypocrisy—this misuse of the women’s cause as a partisan tool meant to advance the left’s political agenda—that the giant, forty-five-foot statue will bring to mind when it takes its place on the National Mall.