Sharing May Be Caring, But Redistribution Is Not 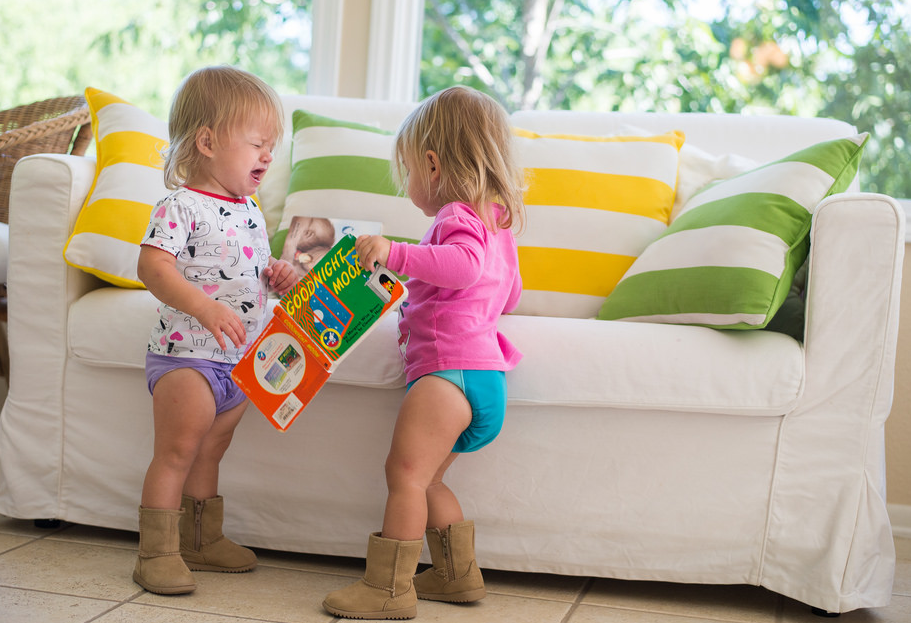 I had to have a frank discussion with one of my sons today.

I have two of them, you see. Twins. Mark and Michael. They’re not quite seven years old.

On Saturday, I went to the grocery store. I asked each of the boys if they wanted to come with me. Michael accepted the offer. Mark declined in favor of playing games at home.

It was a fairly uneventful shopping trip, as these things go, and after we were done checking out, the cashier was kind enough to give Michael a strip of four stickers. Michael, being a young child, was thrilled with this turn of events.

I never assert my parental authority to make my children share, but I have impressed on them that it’s a nice thing to do if they’re so inclined. Michael is a joyous child, and generous, so he happily gave one of his stickers to Mark.

And Then the Fight Broke Out

None of this was a problem until this evening when Michael came to me, upset because Mark had taken one of his stickers from the grocery store.

I had to explain to Mark that it’s never okay to steal things from people, even if they have more than you, even if you think it’s fair. Michael had done the work of going to the grocery store with me while Mark had stayed home and played games. The stickers had been given to Michael. They were his to do with as he saw fit. He didn’t have to give Mark any of the stickers, but he had. It wasn’t “fair” for Mark to take the sticker. It made things equal, but it didn’t make things fair.

If I had allowed the theft to stand, or required Michael to give half of his stickers to Mark to begin with, all either of them would have learned was that Mark was entitled to something that he did not earn. Because of that, Michael might choose to stay home from the next grocery trip, too, expecting to get stickers regardless. Then, no one would have stickers. Or he might choose to go and receive stickers that he then never tells Mark about, fearing Mark would steal the stickers anyway.

As adults, it’s very easy for us to see that Mark was clearly in the wrong. His logic was faulty, and it led him to do a bad thing: stealing from Michael. But this is exactly the justification people use to tax — to steal from — the wealthy. They have more than poor people, so things need to be more equal. Things need to be fair. But this is a childish understanding of the word and, indeed, of the situation entirely.

As the Laffer Curve shows us, the more something is taxed, the less of it will be produced. This is as true for income as it is for widgets. The more income is taxed, the less inclined people are to make more money. And since income is indicative of value creation, this ultimately means that heavy taxation disincentivizes the creation of value. After all, why would you bother to do the hard work to innovate and create value if a significant portion of the reward you get is confiscated from you? The simple answer is: at a certain point, you wouldn’t.

So while six-year-olds might not understand economic models or perverse incentives, they can still grasp the core concept. Stealing is wrong, even if the person you’re stealing from has more than you, even if it makes things equal. Now if only other adults could understand that, too.

Jennifer Maffessanti is an Editorial Assistant at FEE, chairwoman of America’s Future Foundation Atlanta chapter, and mother of two. When she’s not advocating for liberty or chasing kids, she can usually be found cooking or maybe racing cars.