Looking at Randomness but Seeing Conspiracies 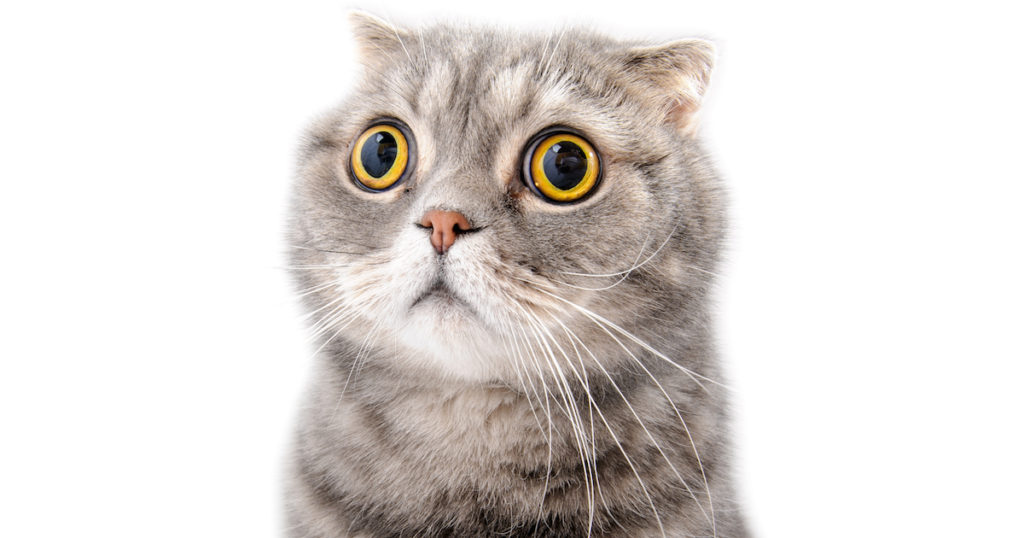 We see patterns where none exist. It’s what humans do; in fact, it’s what animals do. Mark Twain noticed this, and had a pithy summary.

The wary cat has a theory of the world: Stove burns you. Stay away from stove.

Of course, only hot stoves cause burns, so this is not a good theory. But consider two cats:

It’s pretty clear that Cat B is more likely to survive.

An interesting paper, forthcoming in the European Journal of Social Psychology, titled “Connecting the Dots: Illusory Pattern Perception Predicts Belief in Conspiracies and the Supernatural,” investigates this kind of thinking.

The central finding is that many people who believe in complex conspiracies and supernatural phenomena also see “patterns” in random data. The authors conclude that “illusory pattern perception is a central cognitive mechanism accounting for conspiracy theories and supernatural beliefs.”

The interesting part is that humans also add a moral element. We want someone to blame. In the case of the human analogue of stoves — perhaps droughts, floods, or natural disasters — primitive peoples think that angry gods or malevolent forces can be appeased by appropriate human actions. They make sacrifices, and if something bad happens to someone, they imagine that evil forces are at work, or else the person somehow deserved the punishment for having themselves acted badly.

I’m not saying this is a conscious, rational response. Quite the contrary. It’s the irrational part of this that makes it adaptive. The belief that I can understand, and take actions to prevent, terrible events is a key part of being happy, and even healthy.

As I pointed out in my Analyzing Policy (2000) book, the belief that pork contained evil spirits, or that God had commanded that no one eat pork, proved adaptive in desert regions where deadly invisible parasites were likely to infest the meat. You didn’t have to understand the mechanism, as long as you happened upon a good rule and then imbued that rule with magical significance.

A Disaster without an Explanation

One of the most famous catastrophes in European history was the Lisbon earthquake of 1755, in Portugal. The earthquake itself caused fires immediately, as well as a tsunami that arrived in about 40 minutes. All told, between 10,000 and 100,000 people died.

The question asked throughout Enlightenment-era Europe was, “What did Lisbon do to deserve such punishment?” There were some theories, including religion, sexual mores, and some more fanciful claims, but it seemed hard to believe that these could explain why Lisbon would be almost completely destroyed and Berlin, Paris, Prague, Vienna, and other capitals of sin would be untouched.

Unless … what if there was no explanation? No one had done anything, good or bad, to cause it. The earthquake just happened.

On the other hand, accepting that there may be no explanation, much less a blame-worthy action as cause, for events is a step toward thinking scientifically. In a way, the Lisbon earthquake was a great benefit to the cause of enlightenment. As John Hamer said,

One of modernity’s greatest achievements is the realization that natural disasters like earthquakes have nothing to do with us, that we need not see the wrath of Zeus in every thunderclap, the displeasure of Poseidon in every menacing wave. The origins of that realization are to be found in the smoldering ashes of Lisbon.

It’s easy to slide back though. And maybe it’s just my imagination, but we seem to be sliding backward pretty fast. After Hurricane Katrina, a few religious leaders went all “wrath of God” on us, claiming that New Orleans was a modern Gomorrah. After Hurricane Harvey this summer, and again after Hurricane Maria, we were told that Houston, and Puerto Rico, must have done something to deserve this terrible punishment.

Sometimes the “sin” is promoting “the homosexual agenda,” of course. Folks on the left tend to think that this kind of religious view is ridiculous, but they are happy to trot out their own “you deserved it!” line of pattern recognition. For the Left, the sin is often the use of fossil fuels. In fact, after Harvey happened to stop in place for 48 hours, immobilized by an utterly random high pressure area to the north, several clear “causes” emerged. One was global warming. Another (I love this one) was “lack of zoning.” Houston, thou has sinned in the eyes of the planners of urban sacredness, and thou willst now suffer the consequences!

In fact, as a number of people have pointed out, the scientific basis for blaming the specific path or effects of one hurricane on any one factor is extremely tenuous. It’s unlikely that global warming or lack of zoning caused that specific event and its effects.

The rise in the temperature of the Gulf of Mexico at this point is less than 1 degree centigrade; the amount of rain dropped by Harvey was actually within normal bounds for a hurricane of that size.

And as for zoning, well, the amount of impermeable paved area in the city doubtless contributed to the severity of the flooding, but 50 inches of rain in two days would not have been “soaked up” by swamps or sloughs; once the ground is saturated, it’s covered with water. And water is impermeable, too.

The difficult thing, and I’d say this to all sides, is to discipline yourself to avoid two atavistic moralistic traps.

As Ron Bailey wrote in Reason, there is no overall trend toward worsening intensity, duration, or frequency of hurricanes hitting the United States. There are plausible theories that predict that this may happen, and there are sensible reasons to evaluate these claims seriously.

But it’s a violation of the basic scientific principles of the Enlightenment to blame the victims, or to invoke vengeful gods, as explanations. Sometimes things happen. Noticing patterns where none exist is part of being human. Overcoming that impulse is the most important part of science.

This article has been republished with permission from Learn Liberty.