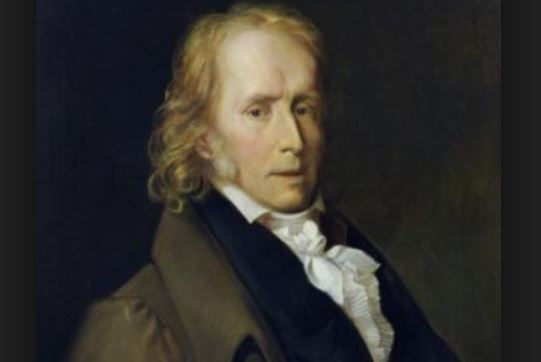 October 25 marks the 250th anniversary of the birth of Benjamin Constant, who Nicholas Capaldi termed “the key thinker in the French classical liberal tradition between Montesquieu and Tocqueville,” and Isaiah Berlin characterized as “the most eloquent of all defenders of freedom and privacy.”

One might expect that with such plaudits, Constant’s quarter-millennium anniversary would get some serious attention. But he remains almost unknown in the English-speaking world. The primary reason is that he wrote in French, and his most important work, Principles of Politics Applicable to All Governments (1810) was not translated into English until 2003, long, long after the abuses of the French Revolution and Napolean’s authoritarianism which provided its impetus.

Largely informed by the Scottish Enlightenment, Constant argued for the ideas of classical liberalism in France, defending every aspect of freedom as an organic whole. And those key arguments are presented in Principles of Politics. Further, Dennis O’Keefe’s fine translation shows Constant to be among the most insightful, erudite, and quotable students of liberty.

There is more excellent material in Principles of Politics than this brief comment could even mention. For those who might like to see more extensive discussion, I would recommend my Book Review in the Winter 2005 Journal of Libertarian Studies (pp. 97-104). However, Constant deserves some attention on his anniversary. His Book XV: The Outcome of Preceding Discussion Relative to the Action of Government, which summarizes his central theme, the overwhelming case for liberty, quite well. Consider some excerpts from that chapter:

We have surveyed almost all the matters on which government, exceeding the limits of strict necessity, can take action on grounds of alleged utility. We found that in all these, had people been left to themselves, less bad and more good would have happened.

The governing class create duties for themselves to extend their prerogatives. Over-obliging agents of the nation, they constantly assault its freedom…in the name of making us happy.

Governments must watch out that nothing trammels our diverse faculties…What would the inhabitants of a houses say if the guards they had placed at the gates to stop any strangers from intruding and to calm down any domestic disturbance, gave themselves the rights to control the actions of those inhabitants and to prescribe them a way of life, under the pretext of preventing those intrusions and disturbances?

The governors are those guards, put in place by individuals who come together precisely so that nothing shall trouble their peace of mind or upset their doings. If the governors go further, they become themselves a source of trouble and upset.

It is not a crime in man to want to manage himself by his own lights, even when the government finds them imperfect. It is a crime in government, however, to punish individuals because they do not adopt as their interest what seems so to other men…when, after all, each person is the judge in the last resort.

To subordinate individual wishes to the general will, without absolute necessity, is gratuitously to set up obstacles to all our progress. Individual interest is always more enlightened on what concerns it than collective power, whose fault is the sacrificing to its purposes, without care or scruple, of everything which opposes it. It needs to be checked and not to be encouraged.

To increase the force of collective authority is never other than giving more power to some individuals. If the wickedness of man is an argument against freedom, it is an even stronger one against power. For despotism is only the freedom of one or a few against the rest.

It cannot be said too often that the general will is no more worthy than the individual one, when it steps outside its jurisdiction.

Public interest is only individual interests prevented from harming each other.

People have not grasped that [governments] should conserve only guarantees of freedom, of the independence of individual faculties and, to that end, of individual physical safety.

For a people to progress, it suffices that government does not shackle them…The government which leaves it alone favors it enough.

From government’s ability to do great harm it is concluded that it can do much good. These two questions are very different.

Principles of Politics merits a space on the bookshelf of every lover of liberty (as well as his The Liberty of Ancients Compared with that of Moderns). In it, Benjamin Constant deals with political authority, law, freedom of thought and religion, property, taxation, war, and more, with liberty as his cornerstone. Unlike our modern zeitgeist, he recognized that “It is quite unnecessary to sacrifice the least part of the principles of freedom for the organization of legitimate and sufficient government authority.” Therefore, rather than the despotism of government which exceeds its legitimate authority in almost every dimension, he saw the promise of a better world if “we can establish in its place something called freedom.” On Constant’s 250th birthday, that promise is worth celebrating in his name.