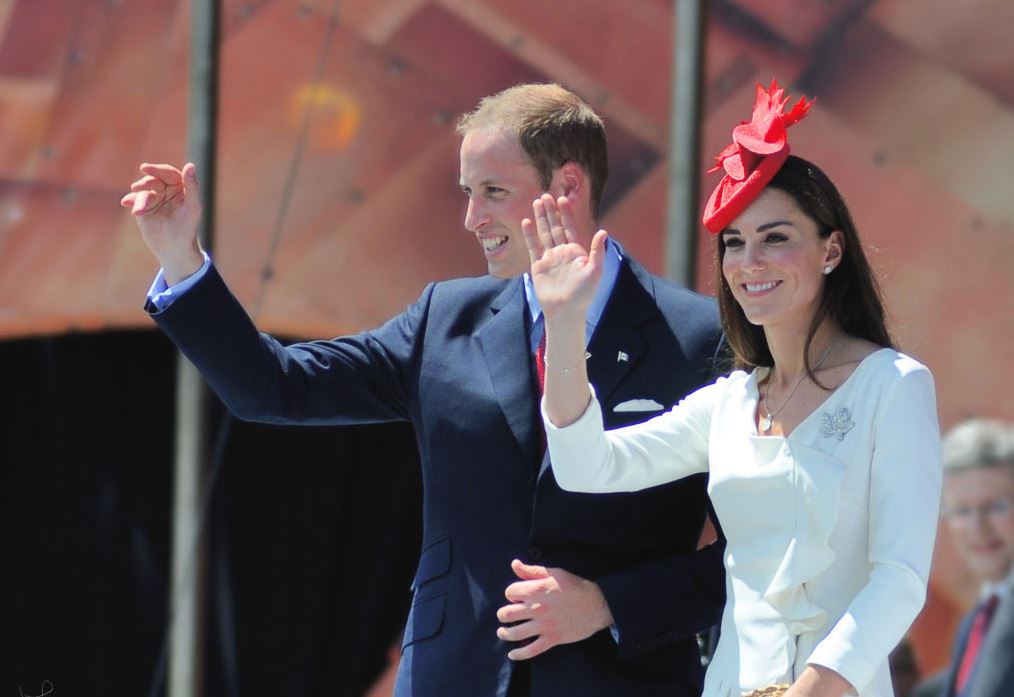 The Duke and Duchess of Cambridge, known less formally as Prince William and Princess Kate, announced over Labor Day weekend that they are expecting their third child.

Congratulations are in order, and not merely for the customary reasons. The royal couple is clearly doing its fair share to address Europe’s looming population nightmare, which in recent years has been described alternately a “crisis,” a “disaster,” and “the end of the West.”

Are Europe’s demographics truly this apocalyptic?

A third child would put William and Kate at double the average birthrate in the European Union, which stood at 1.55 in 2013. Government statistics show that in the United Kingdom, one of the most fertile nations in Europe, just 14 percent of families have three or more children.

In Germany, 40 percent of women with college degrees are childless, according to a recent study by the Gatestone Institute. In Portugal, the population has been steadily decreasing since 2010, prompting the nation’s then-prime minister, Pedro Passos Coelho, to publicly acknowledge, “We’ve got really serious problems” with demographics. In many provinces in Spain, two people die for every child born. “And the ratio is moving closer to one-to-three,” a Spanish business consultant told the Guardian in 2015.

But declining birth rates are only half the story. Europeans might have stopped procreating, but they have not stopped engaging in perhaps the one thing more natural than having children: aging. The U.S. Census Bureau’s International Database shows that today nearly 20 percent of people in Western Europe are over the age of 65. By 2030, that figure is projected to increase to one in four.

These dual trends – a birth dearth and a rapidly aging population – could wreak havoc on Europe’s welfare state, economists say.

Historically, social spending in Europe has been robust. In recent years, social expenditures in Europe’s top nations have accounted for about a quarter of their GDP, compared to 15 percent in the United States. As a nation’s population ages, it requires an ever-greater amount of resources to sustain government programs intended for the non-working population.

Meg Tuszynski, an economist and researcher at the O’Neil Center at Southern Methodist University who specializes in aging populations, said there is a term for this in economic circles: “greying the budget” (or, as it is sometimes called, the “grey peril”).

It is generally understood that a generous welfare state cannot be sustained without a population reproducing at replacement level and adequate economic growth. Europe has neither.

“Without sufficient economic growth to make up for the declining tax revenues, spending on these programs will necessarily shrink,” Tuszynski told Religion & Liberty Transatlantic.

This combination of factors – lower productivity, unsustainable pension programs, a shrinking tax base, and greater strains on government programs – is combustible. Faced with these daunting challenges, Europe opted for the simplest solution: it opened its borders to non-European immigration. This short-term solution – for that is precisely what it is – makes sense, at least on some level, when one considers Europe’s stubborn refusal to engage in childbearing.

“For the childless, thinking in terms of the generations to come loses relevance,” Rüdiger Safranski has observed.

The German philosopher Rüdiger Safranski, who has written extensively on Europe’s demographic winter, said these population changes reflect a change in the philosophy of the people. “For the childless, thinking in terms of the generations to come loses relevance,” Safranski has observed. “Therefore, they behave more and more as if they were the last and see themselves as standing at the end of the chain.”

This is compounded by the fact that most of Europe’s political leaders, the people actually making the decisions, don’t have children. France’s Emmanuel Macron has no children. Neither does the woman who is arguably Europe’s strongest leader, German Chancellor Angela Merkel. Swedish Prime Minister Stefan Lofven has no biological children. Neither do Italian Prime Minister Paolo Gentilon, Holland’s Mark Rutte, Scotland’s Nicola Sturgeon. Even at the continental level, Jean-Claude Juncker, the president of the European Commission, has no children. (One may also include British Prime Minister Theresa May, who recently opened up about being unable to have children.)

It’s a startling phenomenon, this trend of childlessness in Europe, one that demands an explanation. And there are numerous theories attempting to identify the source of this barrenness. In his bestselling new book The Strange Death of Europe, Douglas Murray observed an underlying apathy across all of the continent. “Europe today has little desire to reproduce itself, fight for itself, or even take its own side in an argument,” Murray wrote. The novelist Tom Wolfe offered another explanation years ago, in a New York magazine article. He hinted that narcissism had bred childlessness in selfish Baby Boomers.

One explanation would be that these are natural byproducts of a Europe dominated by secularism. The Christian church is not dead in Europe, but it certainly appears to be on life support. The Economist, in an article titled “The future of the world’s most popular religion is African,” describes the bleak situation:

European priests and ministers are preaching to ever-emptier pews. Just 10 percent of adults in France and Sweden go to church once a month or more. In Ireland, regular attendance fell from 90 percent in 1990 to 60 percent in 2009. Shrinking congregations have led the Church of England, one of Britain’s largest landowners, to close 1,900 churches since 1969, 11 percent of the total.

It doesn’t seem far-fetched to suggest that apathy and narcissism – two traits that have always haunted mankind – might flourish more freely in the garden of postmodernism, which is largely defined by materialism, nihilism, and will-to-power.

The royals cannot solve the birth crisis on their own, but perhaps they can show the rest of Europe –particularly its political class – that there is no joy on this earth like “the little children,” who are well worth the sacrifice they demand.

As a father of three myself, there is no truth below Heaven of which I can speak of with greater certainty.

Whatever the cause of Europe’s empty cradles, one can find hope in the news of William and Kate.

This Action Institute article was republished with permission. Read the original article.

[Image Credit: By tsaiproject [CC BY 2.0 (http://creativecommons.org/licenses/by/2.0)], via Wikimedia Commons]