Why Only Christianity Can Save the West… Again 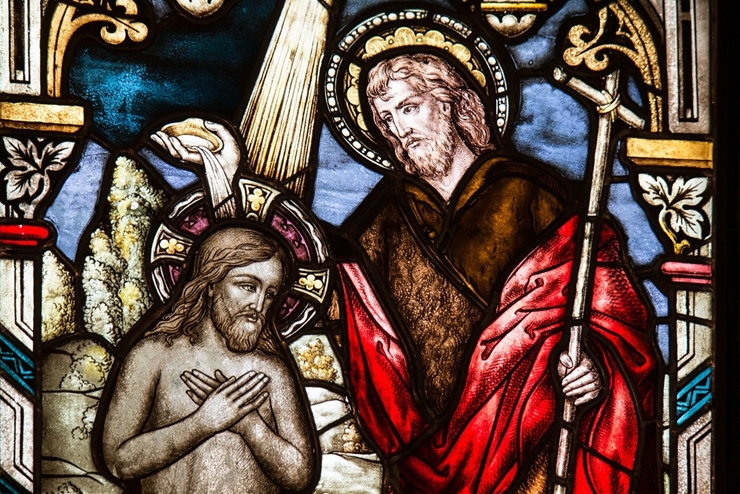 Hellenistic thought experienced its “golden age” during the the 5th and 4th centuries B.C. This period witnessed the lives of some of history’s greatest philosophers, teachers, authors, and playwrights, and culminated with the spreading of Hellenism by Alexander the Great.

But by the end of the 1st century B.C., Hellenistic thought had been exhausted. Its creative energies had dried up; its ideas had lost their life.

“The ‘ancient’ Hellenism, in fact, completed its course, and its internal limitations were spectacularly exposed. In all areas of human existence, the ‘ancient Hellenism’ found itself in a desperate impass.”

I see something similar happening in our own time. People seem tired of ideas. As some have proclaimed in the past decade, “The era of big ideas is over.” Those “big ideas” that were the creative force behind the Age of Enlightenment and the Age of Reason no longer have staying power.

We in the West now live in a world that is no longer moved by bold ideas, and no longer cares if ideas have solid foundations and are expressed coherently and consistently.

How did this come about?

The genetic tracing of intellectual currents is always tenuous, but I wonder if we are perhaps living through a recycling of the form of Hellenism that existed prior to Christianity… if we aren’t re-experiencing the same ideological fatigue experienced by the Hellenistic world two millennia ago… if we haven’t tried Hellenism again and found it wanting.

According to Florovsky, it was Christianity that first saved the waning Hellenism through putting it in dialogue with revelation:

“In the Christian faith Hellenism discovered the new impetus, the new inspiration, the new guidance, the new ways. By the grace of God, Hellenism was rejuvenated and renewed, and the new era was inaugurated in the destiny of the Hellenistic world—the era of Christian Hellenism. It was in its ‘Byzantine achievement’ that latent energies of Hellenism were fully disclosed, and Hellenism reached its full stature.”

This development of a synthesis of Christianity and Hellenism continued throughout the Middle Ages.

In our periodization of Western history, it’s well known that the Middle Ages gave way to the Renaissance. The Renaissance witnessed a rediscovered love for Hellenistic ideas for their own sakes, and not how they had been filtered through a synthesis with Christianity for the past one thousand or more years. In a creative reimagining of ancient Hellenistic thought, it attempted to once again pursue truth through a humanism that took as its emblem Protagoras’ maxim of “man as the measure of all things.”

The Renaissance also, of course, saw the breakup of a shared theological and metaphysical vision in the West with the Protestant Reformation. The Reformation also brought about a breakup of the synthesis of Christianity and Hellenism, and each was led to pursue its own path.

With the loss of religious unity in the West, people sought some other basis of unity, some other vision that would inspire creativity. The newly de-Christianized Hellenism gave birth to various philosophical movements that were used as the intellectual basis for newly formed nation-states. In America and other parts of Europe it was classical liberalism, which based unity on the ideals of freedom—both personal and economic—the rule of law, and limited government. In the Prussian world it was German Idealism, which influenced the creation of a militaristic state that assumed the perfectability of man.

Sure, most of the promoters of these philosophies and founders of nations were professed Christians, as conservatives today are quick to point out. But the intellectual basis of their ideas were only tangentially connected with the Christian metaphysics of previous eras, and over time that connection became more distant.

But it seems that the de-Christianized Hellenism that had animated the Renaissance man and the founding of secular states gradually lost its excitement and authority with the modern man. It no longer seemed to be something worth handing on. There are two different ways of looking at the decline of classical education in America over the past 100-150 years. You can see it as the result of a concerted effort among modern “barbarians” to eradicate the classics from the American curriculum. Or, you can see it as a result of the gradual discovery of the limitations of the classical worldview—the same discovery made by the ancient world centuries before.

Today, we find ourselves in a postmodern world whose greatest prophet was Nietzsche. He warned people of the West that, in their return to a de-Christianized Hellenism, they had lost the metaphysical foundation for their big ideas (which were never really separable from the Christianity that had filtered Hellenism to modern man). They had junked the framework in which those ideas made sense. Apart from that framework, he foresaw that the intellectual thinness of those ideas will eventually be unmasked, and the ideologies that come to shape society will do so as the result of “the will to power.”

If Nietzsche is right, it’s not about ideas anymore in the West today. To reference Stalin, it’s about how many divisions you have.